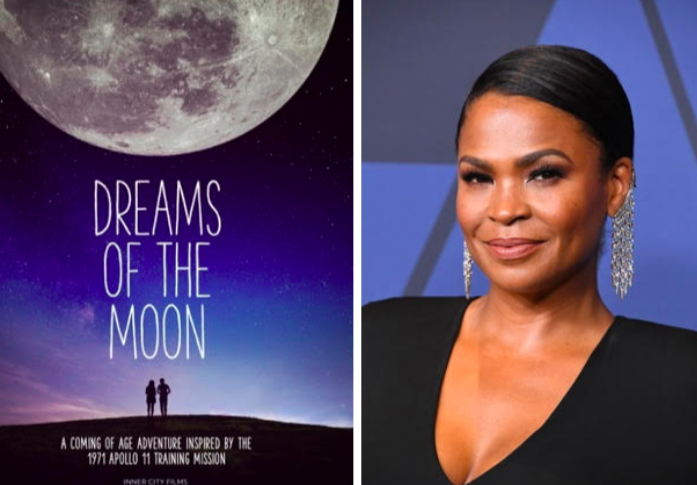 Inner City Films announced today via press release that actress Nia Long has joined the cast of Dreams of the Moon in a leading role and will executive produce the project.

Directed by Alfons Adetuyi, the film, currently in pre-production, begins shooting this April in South Africa.

Long is an award-winning actress known for her roles in Boyz In the Hood, Love Jones, Friday, Soul Food and The Best Man series among many other films and tv series. Most recently she was honored by the Critics Choice Association alongside colleagues Eddie Murphy, Kasi Lemmons and Chiwetel Ejiofor for their remarkable work throughout their careers and their impact on popular culture.  Long will next be seen this march in George Nolfi’s The Banker opposite Samuel L. Jackson and Nicholas Hoult, and just wrapped Fatal Affair for Netflix, where she is serving as both star and producer on the film.

“Nia is an extremely talented and versatile actress with a deep valued sense of family and community. At the root of this coming of age adventure is a family in transition.  Nia brings to this role a nurturing strength of character, that in the story, carries her and her daughter through a great emotional challenge to a place of peace and growth,”stated director Alfons Adetuyi

Inspired by a true story, Dreams of the Moon is set in 1971 against the backdrop of the secret NASA Apollo 16 training mission and tells the story of an African American teenage girl who dreams of becoming an astronaut in her small mining town.  In addition to Long, the film also stars Eden Duncan-Smith known for See You Yesterday, produced by Spike Lee and directed by Stefon Bristol, as well as Roxanne Roxanne written and directed by Michael Larnell.

The Dreams of the Moon creative team includes:

Anthony Mackie and Nia Long Team up with Apple for Juneteenth

Review: Anthony Mackie and Samuel L. Jackson, Superheroes to the Working Class in ‘The Banker’