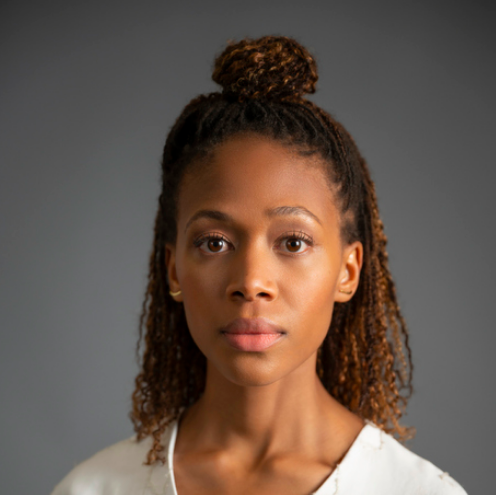 In a Zoom interview with Nicole Beharie, BGN had the opportunity to speak with the actor about her role as Nera, a pregnant woman living alone in an isolated cabin. When she gives birth to her son, things do not go as you would expect. In the interview, Beharie discusses getting into music, how the pandemic changed the way she viewed her relationships and how she once studied to become a doula.

What you find in Nera’s story as with each of the stories in Solos respectively is there is more than what meets the eye with each of these characters. Although we get a small glimpse of Nera’s journey with a limited amount of screen time, there’s enough to unpack in her story to relate to what she’s going through. With a running time of less than thirty minutes, the story features Beharie playing a woman with a unique story arc that somehow manages to have a compelling ending.

Solos as a series heavily focused on character-driven storytelling examines the human psyche and its range of emotions. Beharie describes her character Nera as “a woman who has wanted to have a family [living in] an isolated cabin during a snowstorm.”

The theme of Nera’s story relates to solitude, which is something many people can relate to right now in a pandemic-stricken world being forced to isolate indoors.  As the world is slowly opening up and allowing things to be “normal” again, for some time, feeling isolated was a daily party of our lives. Solos was filmed during the height of the pandemic in October of 2020. Feeling isolated wasn’t exactly a stretch for Beharie in this role. However, for Beharie specifically, she realizes, “I realized I’d taken so many relationships for granted now that I couldn’t see them. So I related to wanting that connection, wanting the proximity of friends and family members and wanting to also control it.”

As it ties into the character Nera and how she relates to her, Beharie says, “I think that’s something that she’s doing. But now, being sort of in a slightly different place, I think I relate to the feeling of giving birth to something and it being different, just as a creative thinking about all of the things that we say even in interviews or even in relationships, things that we do and our intentions with them and how they can be different than you had intended. But once it’s out there in the world, it takes on a life of its own. And that’s a big part of my episode. Of Nera’s experience.”

In Solos, Beharie plays a woman who is nine months pregnant and inevitably goes into labor.  During the height of the pandemic, unfortunately, she wasn’t allowed to prep for her role by attending Lamaze classes or hanging out with other pregnant women to get a sense of how to carry a baby to full term.

“Tiffany Johnson, our director, brought in a doula (which is a midwife, for people who don’t know), who assists women in their pregnancies however they choose to have them, whether they’re natural or not. There was a period in my life where I wanted to study to be a doula. Yes, I actually really did have a fascination with this.”

While Solos takes on a futuristic sci-fi feel, Nera’s episode, including many other episodes in the anthology series, are still contemporary. Nera listens to music and plays Celine Dion, and it’s comforting to know that Celine’s music will stand the test of time.  For Beharie, the artist of choice that will forever remain timeless is Nina Simone. “I love Nina Simone’s ‘Wild Is The Wind.’ No matter when I hear it, it just sounds perfect. Perfect throughout the decades.”

Nina Simone, an artist who has broken so many barriers in her career musically, would be proud that Solos has a team of women also breaking barriers in this episode. Tiffany Johnson (Boomerang, Black Monday) directed, and Stacy Osei-Kuffour (Watchmen, Blade) wrote the episode — both are Black women. Clearly the landscape of Hollywood has changed since Beharie started in the business.

“I’ve been seeing more people just even in the last year with all the conversations that have been had. I’m seeing more people on projects that I’m considering and talking about who are diverse in terms of people of color, not just Black but also just more representation. A lot more perspectives coming to the writers rooms. I feel like it looks like what the world looks like. It looks like what the viewing audience looks like. So I find it really exciting.”

The last time BGN spoke with Nicole Beharie during her press tour for Miss Juneteeth, she discussed writing and working on her own music. “I’m enjoying it. It’s like working a different muscle. It’s interesting and it’s challenging. It’s actually very rewarding to finally get out what you’re trying to say. You know what I mean? So we have quite a bit of interest and then we’ll see where it goes. I hope you enjoy what I come up with.”

If her music is anything like her film and TV career, there’s no doubt fans will.