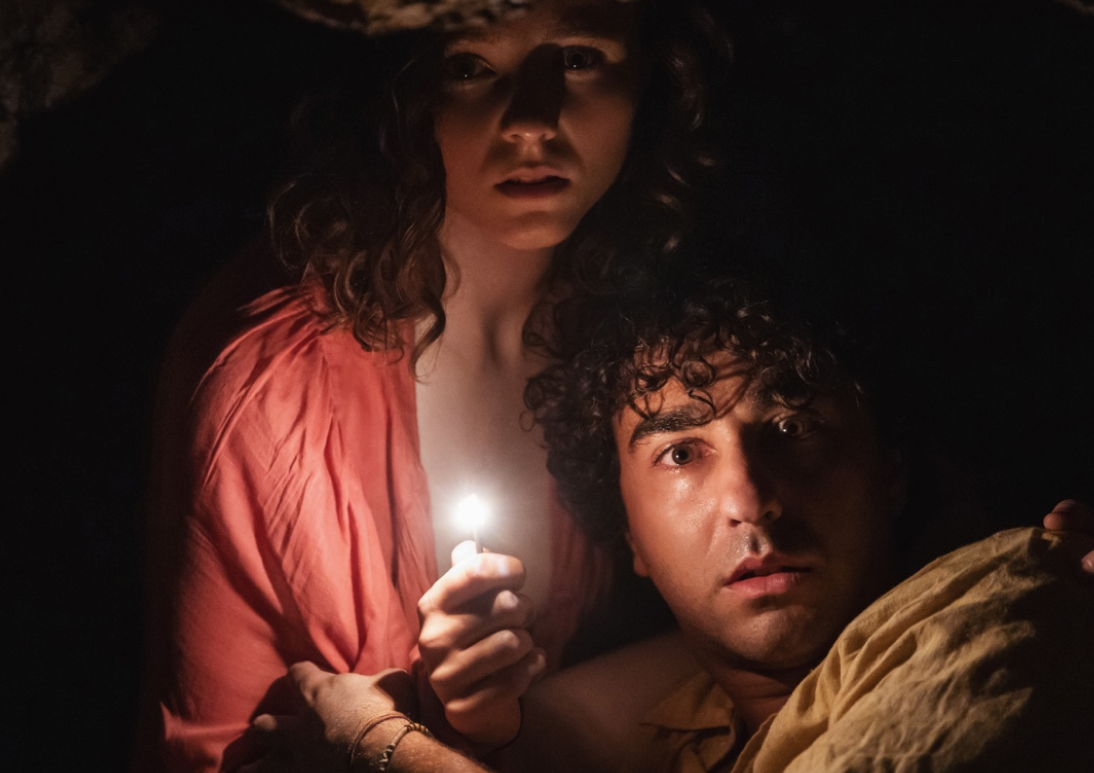 M. Night Shyamalan has returned with his latest thriller from Universal Pictures’ bone-chilling new tale aptly titled Old. The movie’s simple title speaks for itself. The screenplay is based on the graphic novel Sandcastle by Pierre Oscar Lévy and Frederik Peeters. A family takes what appears to be a run-of-the-mill tropical vacation on a resort island, but things are not as they appear to be when they are led by a tour guide to a secluded beach and bizarre events start happening right before their eyes.

Every occupant on the beach begins to age rapidly.

This is where the peculiar narrative begins in Shyamalan’s haunting genre thriller where the writer/director himself makes his traditional cameo. On the edge of an impending divorce, Guy (Gael García Bernal) and Prisca (Vicky Krieps) elect to take a vacation and place their marital issues on the back burner. Prisca is also dealing with a debilitating illness.  All of this stress induces arguments, and their children hear these spats, which they internalize. This later impacts them as their respective character arcs evolve.

On this beach, another couple along with their child and elderly mother is also traveling along with them. Charles (Rufus Sewell) is a doctor and his narcissistic wife Chrystal (Abbey Lee) bring along their own set of problems to the beach. Charles clearly is suffering from some mental health issues and Chrystal is so obsessed with her appearance that when she starts aging on the beach and has no control over reversing the signs it gets the best of her. Their 6-year-old daughter Kara begins to age into a 15-year-old teen (Eliza Scanlen).  Both Guy and Prisca’s kids Trent (Alex Wolff) and Maddox (Thomasin McKenzie) also aged over a decade in just a few hours.

Jarin (Ken Leung) and Patricia (Nikki Amuka-Bird) are an interracial couple who arrives last on the island. Jarin is a nurse, and Patricia is a therapist who suffers from epileptic seizures.

The timeline of aging on the beach is that every 60 minutes spent equals 2 years. Aging also means quick healing too, so when an occupant is injured, they heal rapidly (like Wolverine). When the group arrived at the beach, there was a mystery man (Aaron Pierre) who was present the whole time. And the story of Old provides breadcrumbs of mystery and intrigue of what happened and what is happening to each and every inhabitant of this island.

While the concept of Old is interesting and quite entertaining, the film is not exempt from its flaws, including: the absence of logic, several plot holes, and overdone movie cliches that leave the viewer feeling like they’ve seen this movie before.  There are also those campy plot devices inserted that condescend to the viewer at times.  For example, it is all too convenient that there are doctors on the island to assist when medical assistance is needed, and there is a therapist to help “talk through people’s issues.”

That being said, it is a character-driven film. The performances of Rufus Sewell, Gael García Bernal, and Vicky Krieps are the glue that keeps this movie together. And the character development of Trent has an impact on his decisions, which take an interesting turn in this particular story. Unfortunately, there are those moments captured quite often in an ensemble thriller when the loose cannon in the group goes nuts and inevitably becomes a threat. It plays well in Old, even if it comes across as jarring at times.

While Shyamalan’s films have been quite stale as of late (we’re not going to talk about The Happening, After Earth, or The Last Airbender), Old is a film that is a compelling watch from beginning to end. The story never drags, the plot continues to move forward, and it keeps you in suspense from one scene to the next. Time is not on anyone’s side here, and the pacing of this film reflects that. Perhaps Shyamalan has done a course correction here from his recent misses and may have gotten his mojo back.