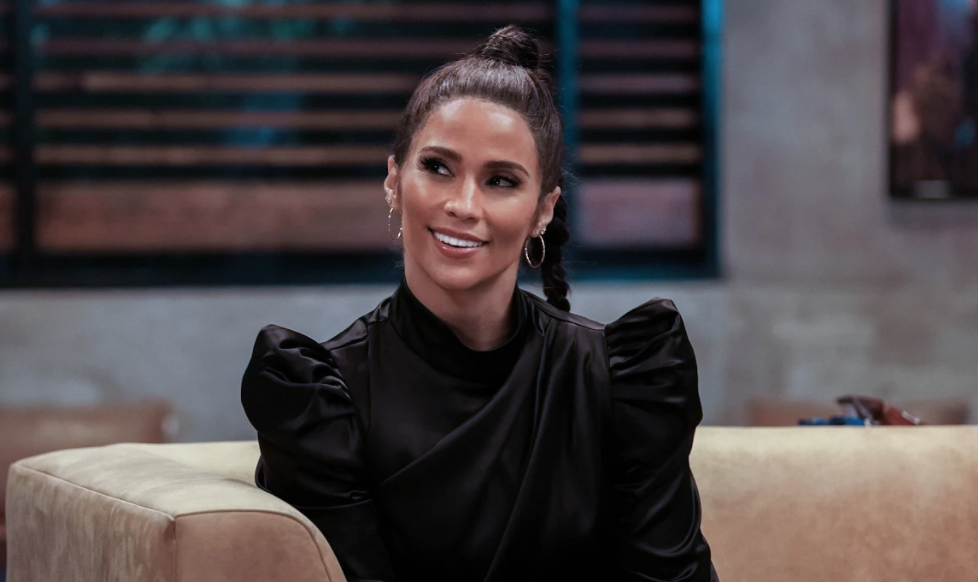 BET+ is keeping the original content flowing with a new series entitled Sacrifice, a spin-off of the 2019 BET+ film of the same name. Both feature Paula Patton as high-powered entertainment lawyer Daniella Hernandez.

Daniella, who suffers no fools and takes no prisoners, has some heavy crosses to bear. She is a recovering alcoholic with family secrets that continue to haunt her, and she has a stable of famous clients who keep her straddling the line of what’s considered lawful.

BGN spoke with Patton via telephone to discuss tapping into the series, facing one’s past, and playing Daniella Hernandez, along with the challenges of that role.

Can we pick up the TV series without having seen the movie and still have a good sense of the story of Sacrifice?

Yes, you can. You can just start watching the series because they do that wonderful thing that television does. In a few minutes, you will very quickly know what happens. But, it’s not quite the same as watching the movie. I, of course, as an actress, would love for people to watch the movie first. But if you don’t get a chance, you can dive right into the series and understand.

Tell us a little about your character Daniella Hernandez.

Daniella Hernandez is a boss. She is this fierce, ferocious woman. She’s fearless. She’s an entertainment lawyer. But, she’s also a woman who, when we meet her, is at a crossroads in her life. She has recently become sober. She had an alcohol addiction, and now she is starting to look at her life with this clarity. She is asking herself, “Am I willing to sacrifice my soul to do what I used to do?” When she was drinking, she could do anything — deceive someone, manipulate, what have you. It was easy because she didn’t have to look at herself in the mirror. But now, without [alcohol], she does. It has also brought up the issue of what happened to her parents. Her parents died when she was a very young age. Things she [ignored], she is now willing to look underneath and see what’s hiding there. As that happens, she goes on her own journey through the show to figure out who she is and what she is willing to do to be a part of the world she’s in.

Can you give us some insight into playing the role of someone with a substance abuse problem?

Yes. I stopped drinking over three years ago, and I can tell you that that journey is a really important part of healing. Playing Daniella helped me. It was sort of a cathartic experience — me living some of the things she was living and what happens when you get clear and you get to look at your own life through that lens. You have to be willing to be uncomfortable enough to face some things that you didn’t want to face in your past.

You mentioned that there is mystery surrounding the death of her parents and that part of this journey is her confronting those memories. How does that inform who Daniella is and how she behaves?

Oh, it informs who she is greatly because at the end of the day, you have this grown woman who’s really strong but, underneath, is also this scared little girl who didn’t get the love that she needed because her parents died when she was young. The family that she has left has rejected her. So, you have somebody whose coping mechanism for the pains in life became the alcohol, and now she’s got to cope in a different way.

What has been the most challenging part of playing this character?

I think one of the most challenging parts of playing Daniella is her cold-blooded nature — her ability to turn off her emotions to achieve certain results. That’s not like me at all. I’m all heart. It’s a compartmentalizing thing — to be willing to do things that are morally questionable for the greater good. Her idea is by any means necessary, and I don’t live by that creed. So, becoming cold-hearted and knowing how to turn into that person when needed — that was challenging.

What can we expect from you as an actor in this role?

That’s a tough question. I don’t think I’ve ever played a character like Daniella before. She’s a boss through and through, and that’s new for me.

Tanisha Long’s Star Power Is Only Getting ‘Bigger’

On Fire: Turning Out Back-to-Back Films During the Pandemic Independent Filmmaker Mann Robinson