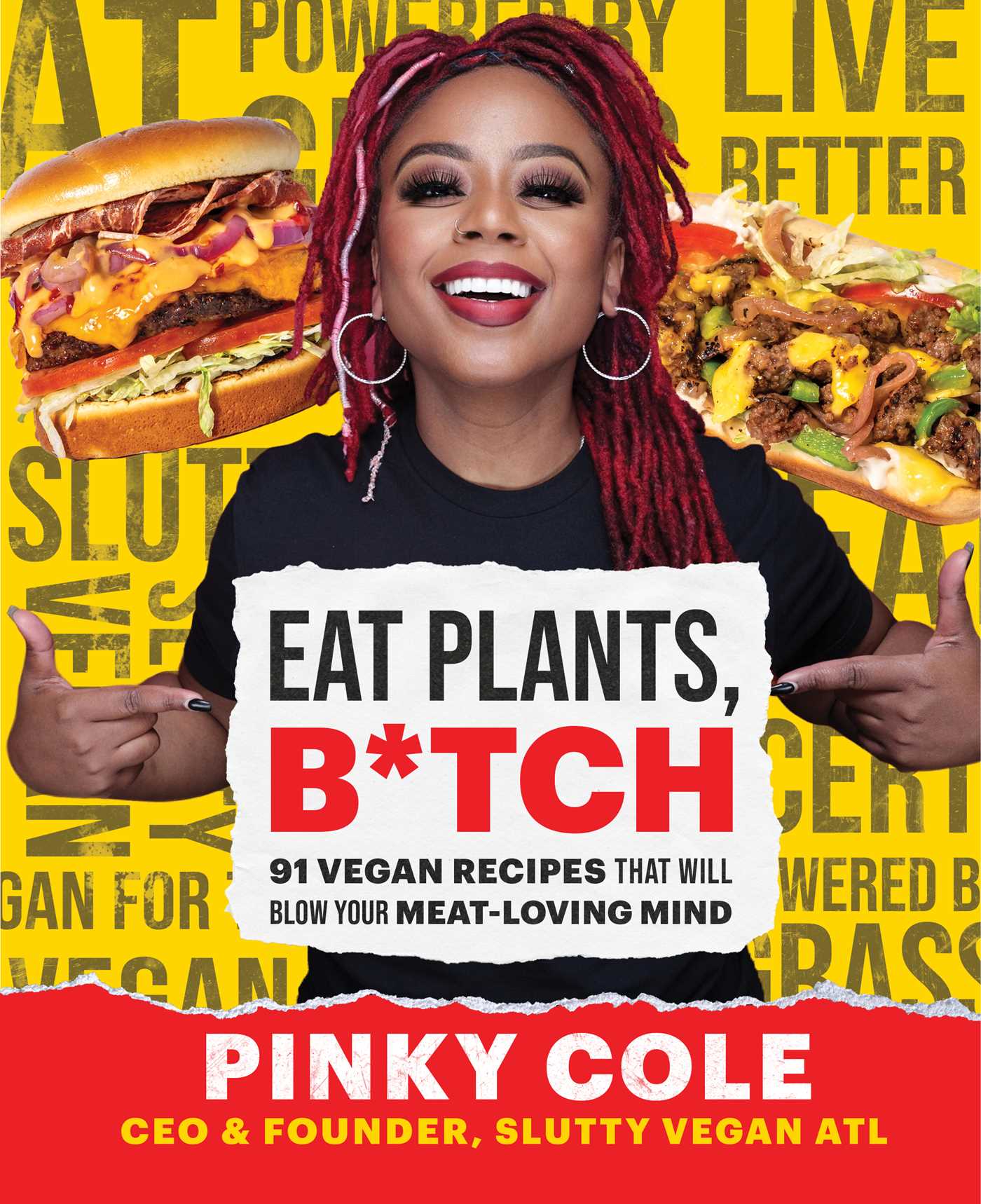 Sometimes you can look back over your life and see how things have brought you to where you are. For Cole, being vegan was instilled in her from childhood. She grew up in a single-parent household, and her Jamaican Rastafarian mother was vegan. Cole and her siblings were raised with exposure to a more conscious way of living and became accustomed to the lifestyle.

What I love about Eat Plants, B*tch is that Cole gets you started with everything you need to know, from which types of oils to use and kinds of nut butter to kinds of milk and cheeses and egg replacements. It is all laid out very simply, and the ingredients are accessible at your local grocery store.

Cole also answers questions about what it means to be vegan and the difference between a vegan and a vegetarian. No worries — she explains it all. I also liked that she discussed ways to start experimenting with a plant-based diet and getting your family to try new vegan dishes.

My favorite meal of the day is breakfast, so the first chapter, “Good Morning, Grand Rising,” was what I wanted to read most of all. The recipes in this chapter are easy and can be prepared in advance. They also give you good energy, which I am all about. If you’re just starting out on your vegan journey, the Berry Smoothie, Avocado “Bacon” Pastry Bites, and Spicy Sausage Gravy and Biscuits are absolutely delicious. I already had most of the ingredients, and nothing was difficult to prepare.

Studies show that the Black community is more likely to suffer from high cholesterol and diabetes. One of Cole’s passions is to bring vegan options to her core audience — the meat eaters.

One thing I noticed throughout the cookbook is the creativity in substituting one food for another. For example, Vegan Fried Fish uses eggplant as the “fish” and fries it up with roasted seaweed sheets and spices.

In my house, Taco Tuesday is definitely a thing. So I was glad to see the recipe for Black Bean and Portobello Tacos. They were savory and served with tortillas that we already had. I decided to also try the Backyard Quesadillas. They were so good that we didn’t miss the meat. To top off Taco Tuesday, we also made the Habanero Margaritas. Yes, they had heat!

Cole saves the best chapter for last — “Dem Sweet Thangs.” You can’t have a whole vegan feast and not have treats to finish it off. So, I made the Raw Vegan Chocolate Mousse since we are chocolate lovers in my house. I was a little skeptical about the avocados that the recipe called for and if they would be rich enough. But listen, this dessert did not disappoint. It was so rich and flavorful, and we could not even taste the avocados. Come on, Pinky! You did that!

With the holidays approaching, there are several recipes to try out with the family, such as the Black-Eyed Pea Stew and Southern Peach Cobbler. You might start some new traditions.

In addition to providing recipes and insights, Cole recruited fellow vegan chefs, influencers, and entrepreneurs to share their favorite recipes, advice on running a business, and taking on veganism.

The cookbook made me think about how we don’t see many Black women in the vegan space. We’ve been blessed with Tabitha Brown, whom many of us were introduced to on social media. There are also Rachel Ama, Tracye McQuirter, Jenne Claiborne, and more who are changing the game when it comes to having a plant-based lifestyle. We love to see it, and want more of it.

What I took away from this cookbook is that we, the Black community, have to make our health a priority. We suffer at a disproportionate rate when it comes to chronic illnesses and diseases. The culprit is typically the food we eat. Personally, I sometimes feel weighed down and tired, and I believe that’s directly connected with what I eat. Healthy eating means feeling good physically and mentally. Trying out these recipes has me thinking that a plant-based diet is not so far-fetched. Everything was easy to prepare. I wasn’t spending a fortune at the grocery store, as we often think healthy eating requires us to do.

I recommend Eat Plants, B*tch wholeheartedly and give it 5/5 stars. You’ll find inspiration and delicious recipes that just might help you live a healthier lifestyle. Eat Plants, B*tch is available November 15.