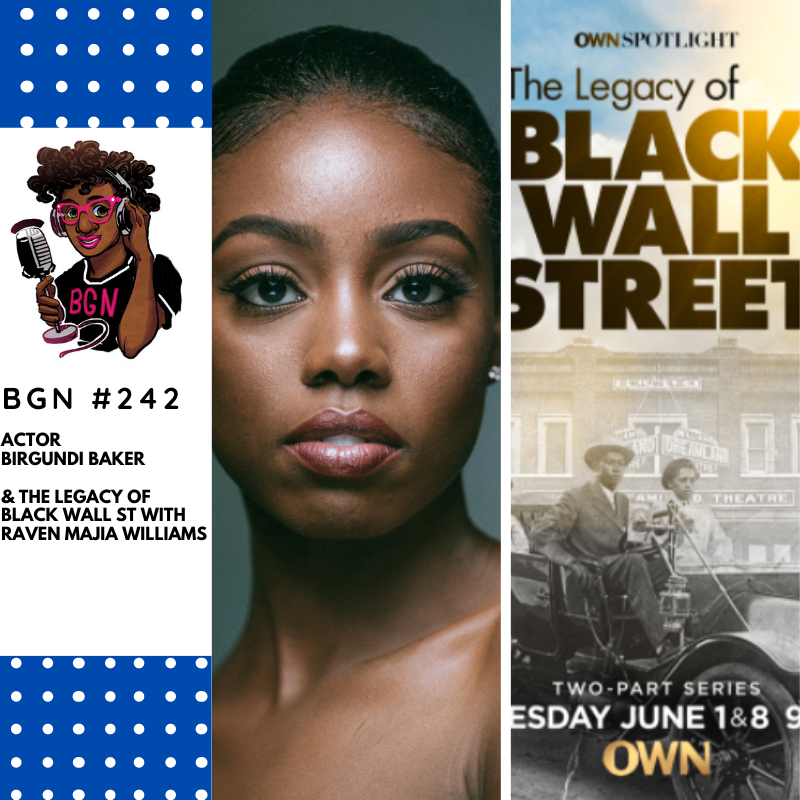 In this 2-part episode of the Black Girl Nerds podcast, we speak with actor Birgundi Baker, best known from Showtime’s The Chi and Raven Majia Williams a direct descendant of one of the victims of the Tulsa massacre bringing their story to life in a new documentary.

Segment 1: Birgundi Baker is a multi-talented actress that sets herself apart with her brave and intuitive performances, portraying an array of complex and powerful characters that continue to grow her career in television and film Baker was recently seen reprising her role in the third season of Showtime’s hit drama series The Chi.

Segment 2: “The Legacy of Black Wall Street” tracks the rise of Black Wall Street in Oklahoma’s Greenwood District up until the tragic 1921 Tulsa race massacre that destroyed the 36-block booming business epicenter. The commemorative documentary special shifts the narrative from the massacre itself to amplify the voices of those Black pioneers then who went West to build their American dream, weaving their stories with the inspiring modern-day Black pioneers now who continue the path to healing and rebuilding the rise of the Black community who presently occupy Greenwood.