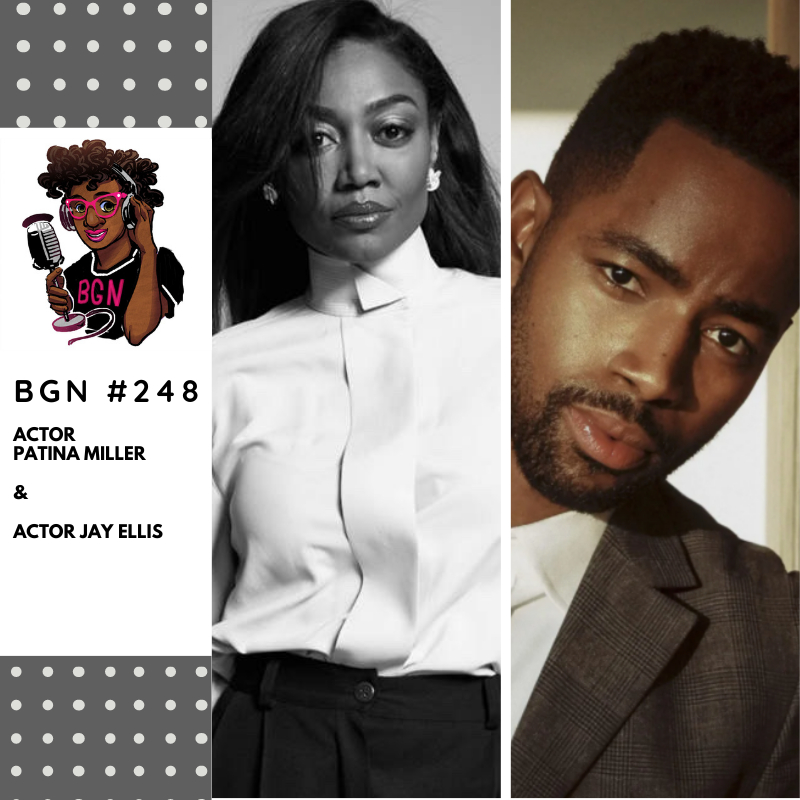 In this 2-segment episode of the Black Girl Nerds podcast, we welcome actors Patina Miller and Jay Ellis!

Segment 1: Patina will lead the latest chapter of Starz’s POWER saga, POWER BOOK III: RAISING KANAN, as ‘Raquel Thomas’, the fierce and compelling mother of the nefarious ‘Kanan’, who was portrayed by Curtis “50 Cent” Jackson in the original series. Starz’s tentpole POWER franchise is the most-watched show on premium cable and has a dedicated, wide fanbase.

Segment 2: The new podcast series “Written Off” is hosted by Walter Thompson-Hernández (NAACP Image Award-nominee) and co-created and co-produced by Insecure’s Jay Ellis and his production company Black Bar Mitzvah. The show will spotlight the creative writing of formerly incarcerated young writers in the LA area who have been impacted and silenced by the prison system in the United States and each episode will feature a different influential creative performing their writing. Lemonada Media is the creator of the podcast.