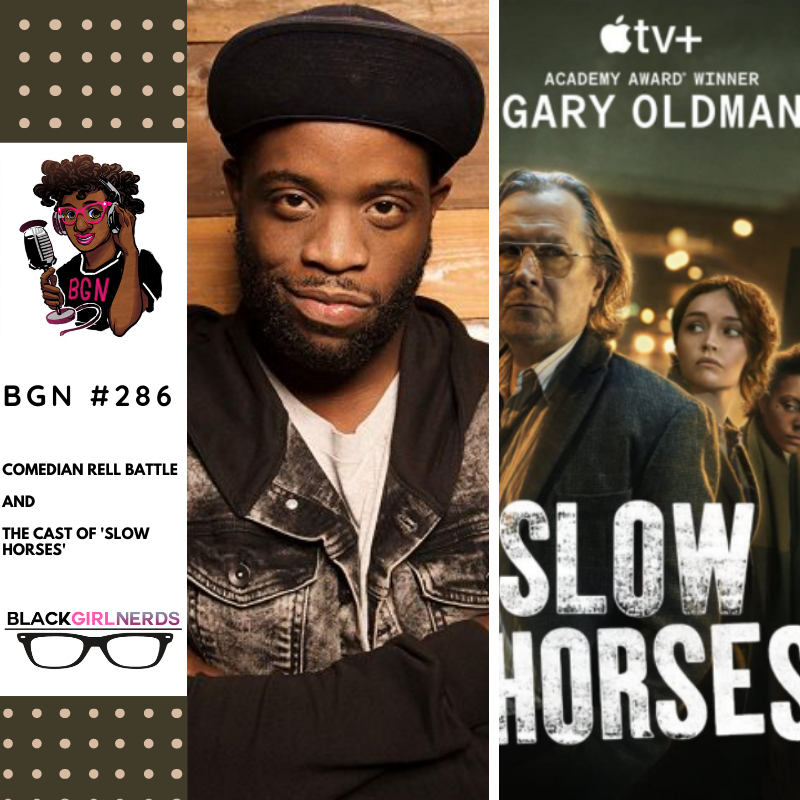 This week on the Black Girl Nerds Podcast we chat with comedian Rell Battle and the cast of the new Apple TV+ series Slow Horses.

Segment 1: Rell co-stars alongside Craig Robinson in Killing It, as brothers who will do almost anything to achieve the American dream.  Rell will also be featured in Will Smith’s upcoming comedy stand-up series, ‘This Joka’ where a diverse group of comedians come together in Vegas to showcase their material.

Segment 2: Slow Horses follows a team of British intelligence agents who serve in a dumping ground department of MI5 – Slough House. Oldman stars as Jackson Lamb, the brilliant but irascible leader of the spies who end up in Slough House due to their career-ending mistakes.  Featured in the interviews are: Olivia Cooke, Saskia Reeves, Gary Oldman and Jack Lowden.

Music by: Shubzilla and SkyBlew
Edited by: Jamie Broadnax