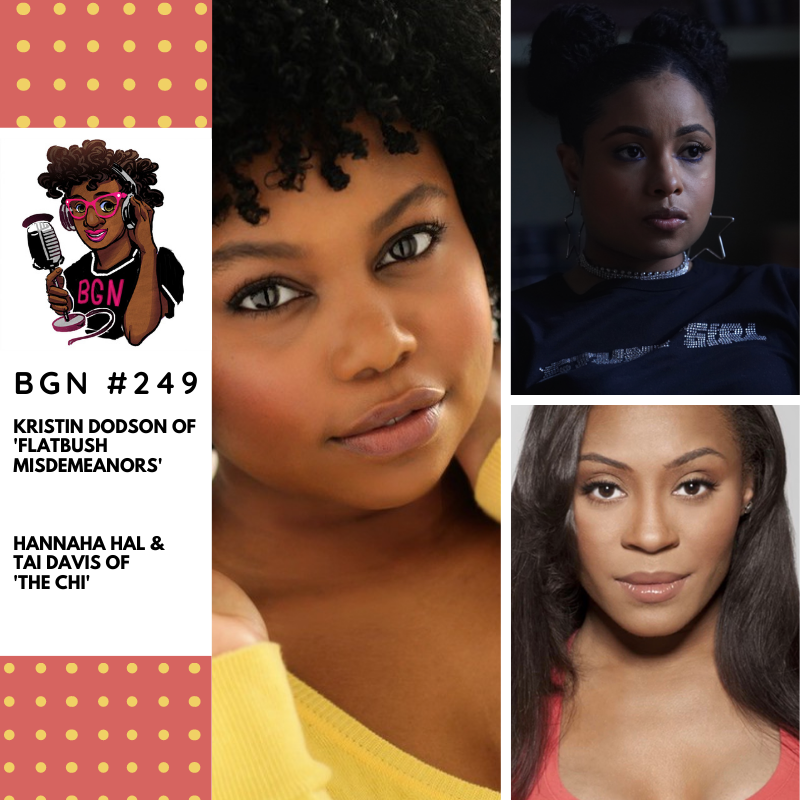 Segment 1: Kristin was born and raised in Brooklyn, NY and is currently a 3rd year in Columbia’s MFA Acting program. She has numerous television and film credits under her belt, including Cartoon Network’s The Shivering Truth and Netflix’s Roxanne Roxanne. Kristin is also an accredited theatre actor.

Segment 2: Hannaha Hall is a native of the South Side of Chicago. Best known for her work as Tiff on the hit Showtime drama series The Chi, she attended the famed Lee Strasberg school in New York. She has appeared on the drama series Chicago Med.

Segment 3: Tai Davis  is a Chicago native born and raised on the city’s south side. She began her acting career at the age of eight when she booked her first national campaign for McDonald’s. A proud member of SAG/AFTRA, she has been in projects such as Cupid (ABC) Roll Bounce (FoxSearchlight), Save The Last Dance (MTV Productions/ Paramount Pictures) Tyler Perry’s House of Payne (TBS), and Chicago Med (NBC) You can currently catch Davis as Tracy on the hit Showtime drama series The Chi. As an established voiceover talent, you can hear Davis on national campaigns all over the world for brands like McDonalds, Xfinity, Toyota, and Pantene.

All three segments are hosted by Ryanne
Music by: Sammus
Edited by: Jamie Broadnax