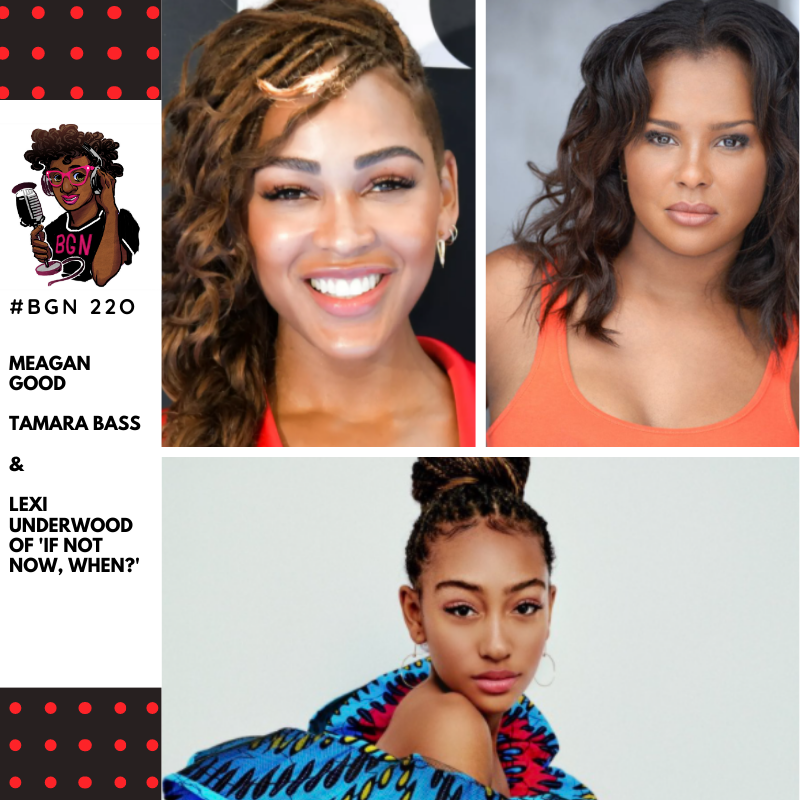 BGN interviews the team behind the January release film If Not Now When? starring Meagan Good, Tamara Bass and Lexi Underwood.

Segment 1: Co-directors and stars Meagan Good and Tamara Bass chat about the film If Not Now, When? This marks the first time two Black women have co-directed a feature film that one of them wrote, and both of them produced and starred in.

Segment 2: Lexi Underwood plays Jillian in the film If Not Now When? She also can be currently seen in the popular Hulu series Little Fires Everywhere and is starring in the Disney film Sneakerella.