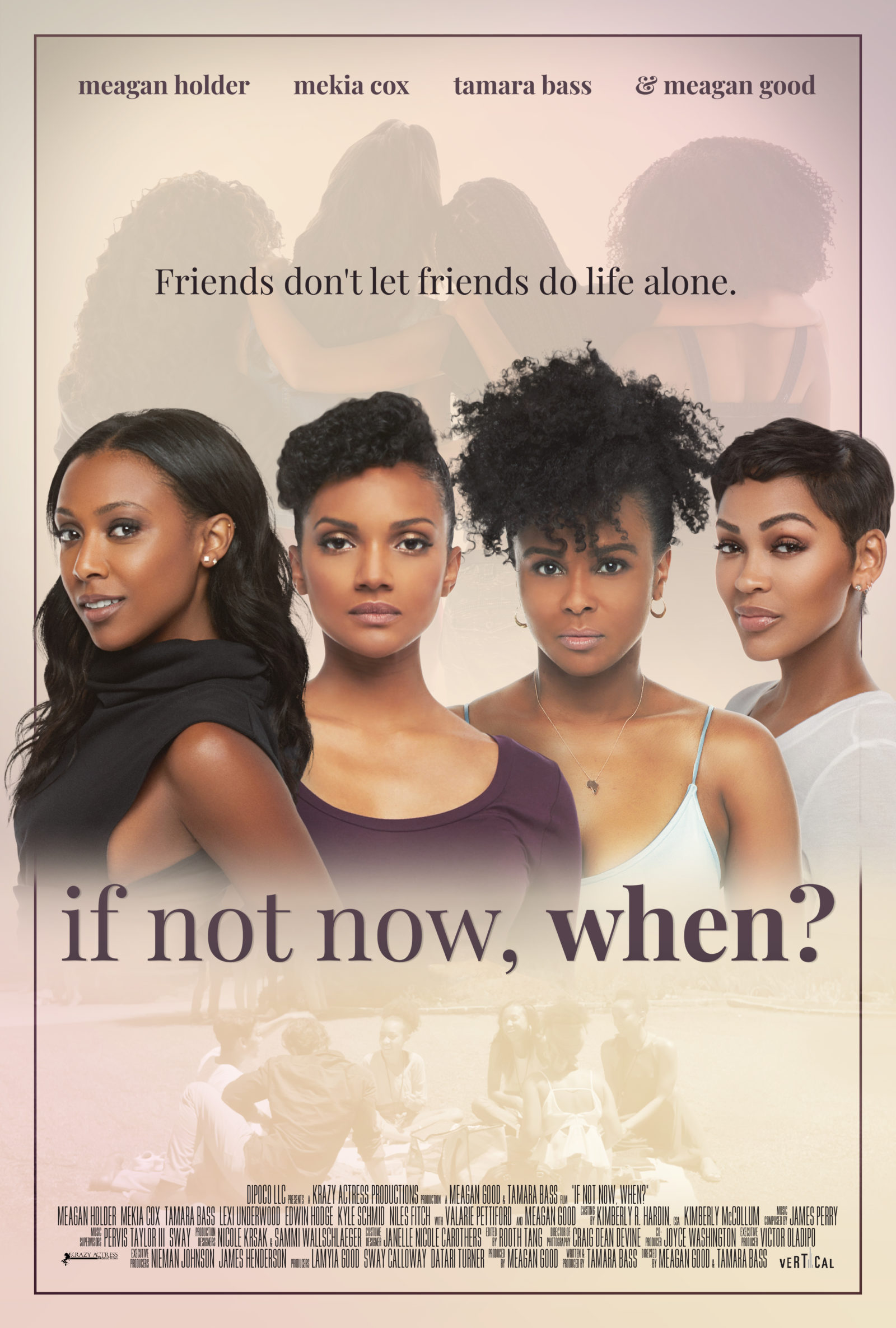 Four friends, who met in high school and are bonded by an event, are suddenly forced back together when one of them suffers a crisis. It’s a story of love, forgiveness and the incredible bond between women.

Below is a statement from Meagan Good and Tamara Bass.

When something great happens in our lives, we pick up the phone and call our best friends, our “sisters”. And when something goes horribly wrong, we pick up the phone and dial the same number. Yet, those experiences, those relationships have been missing from the screen for so long. It’s as if the only relationships that exist between Black women are ones of competition and/or mentor-mentee.

It’s been a void in the showcasing of the very relationships that drive our everyday life. When Tamara wrote If Not Now, When? and presented it as a project that could mark Krazy Actress Productions’ first feature film, we knew that we were putting into the world, not only the type of movie that shaped us, but the type that represented the films we wanted to contribute to the community. Coming together, we discussed how we witnessed a void in the slice of life films that happen to showcase people of color.  Particularly women of color. We knew that we were represented recently in the comedy genre and had played second fiddle to men for years. But, having our stories be front and center in a heartfelt drama, hadn’t been seen since Waiting to Exhale. And we were due. Women are consumers too!

Hence the voyage of If Not Now, When? was born. For us, this film represents more than just a chance Black actresses to play lead roles, side by side; it represents a shift in storytelling. If we can break through the barriers of only being seen in a particular light, we believe we have the ability to change the way our stories are told from here on out. And while we understood this journey was filled with lofty ambitions, we knew that we possessed the skills, determination and drive to make that goal a reality. The end result is a film filled with a lot of love, heart and a love letter to our sisterhood.

The film is scheduled for release January 8, 2021.