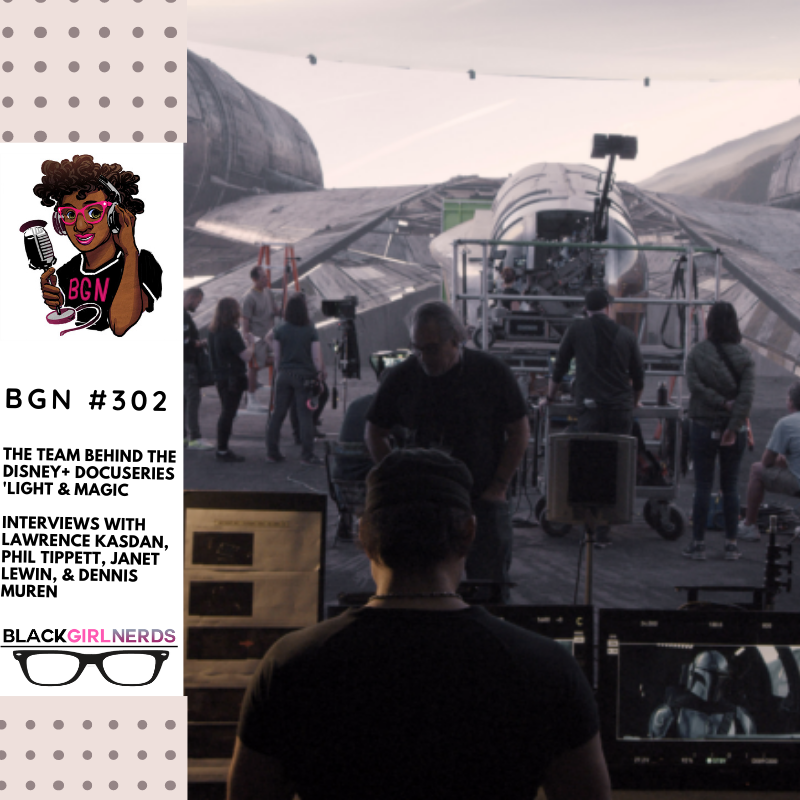 In this week’s episode of the Black Girl Nerds podcast we interview the team behind the new docuseries Light & Magic on Disney+. Academy Award-nominated filmmaker Lawrence Kasdan takes viewers on an adventure behind the curtains of Industrial Light & Magic, the special visual effects, animation, and virtual production division of Lucasfilm.