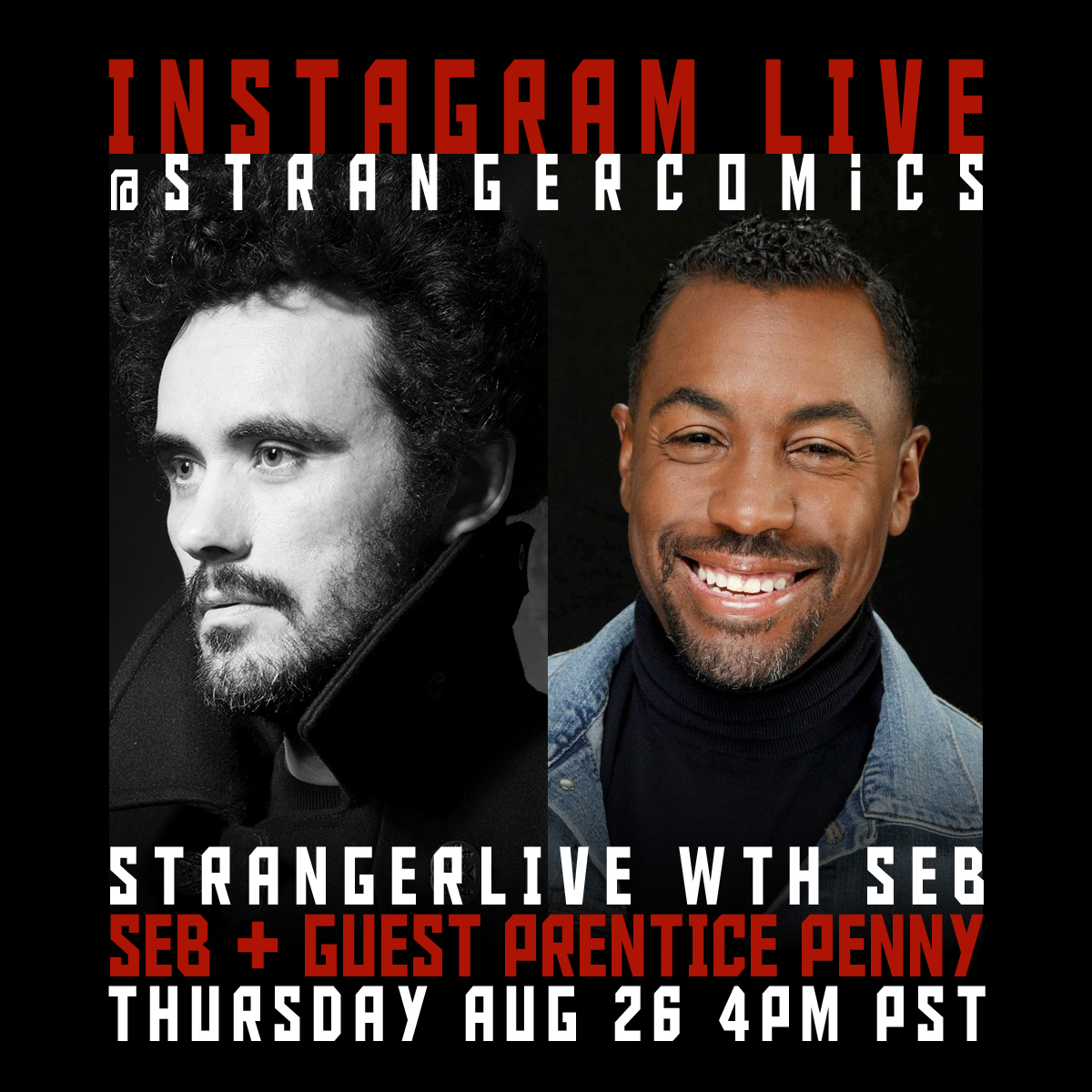 This Thursday, August 26, 2021 at 4:00pm PST/7:00pm EST Penny joins Jones on INSTAGRAM LIVE via @strangercomics and @the_a_prentice to unveil the comic, sharing the incredible cover and interior art and tale, which can be described as a beautiful Black fairytale that honors Black women as creators of worlds, and the fierce relationships between Elders passing on history and culture to the young – who carry on the tradition of being a hero.

Summer StrangerCon will be offering rare comics with original sketches by some of the most prolific artists, and guests that include Penny at 11:00am PST, Yetide Badaki (American Gods), 12:00pm PST and original Niobe artist Ashley A. Woods at 2pm PST.

In 2015, NIOBE: She is Life shattered barriers and made history by becoming the first internationally distributed comic series with a Black female author (Amandla Stenberg), artist (Ashley A. Woods), and hero (Niobe). Since Stranger Comics has published NIOBE: She is Death and other volumes set in the fantasy world of Asunda, which is currently in development at HBO, where Penny, who just announced an Overall deal with Disney General Entertainment’s Onyx Collective, worked on developing Niobe’s Asunda with Jones.

A young Niobe is in the care of the great shaman Dura. They are fleeing the first undead, Vastar, Dura’s own brother returned from hell as the Devil’s horseman. He has just decimated the tribe that has raised Niobe, and now Dura must teach Niobe who she can be all the while knowing WHAT she could become if she falls into Vastar’s hands. If Vastar can get to Niobe, Dura will have to make the ultimate choice.

Niobe is half-human, half-elven and direct heir to the thrones of both realms who are at war. But Niobe is also half-angel and half-demon. For within her lies the spirit of the Goddess and the Devil, and both will move heaven and hell to make her their champion. This is part of an ongoing saga where Niobe is destined to become the savior of the entire fantasy world of Asunda.

Jones, who first introduced the character Niobe in the acclaimed graphic novel THE UNTAMED: A SINNER’S PRAYER, had this to say about working with Penny.

“I have been on this adventure with Niobe for many years now and I honestly couldn’t be happier to have a partner in Prentice. He is always challenging the human aspect of everything we do, which in turn helps us soul search Niobe and all our characters on a deep and personal level. This tale will be a treat for our fans who already connect on an emotional connection to Niobe. I can’t wait for them to see what we have in store because it’s in this Niobe and Dura comic series, where we finally unveil the truth of how our world came to be – and how that will affect not just Niobe but all of Asunda.”

“We have a saying that guides this franchise – With a world divided, who do you turn to? If this is the end, who will you be? Niobe is the hero who will bind nations. It is a lot to ask of anyone, but we need her now more than ever.”

The first comic issue launch date is set for August 28 at 10am PST on the kickstarter platform.