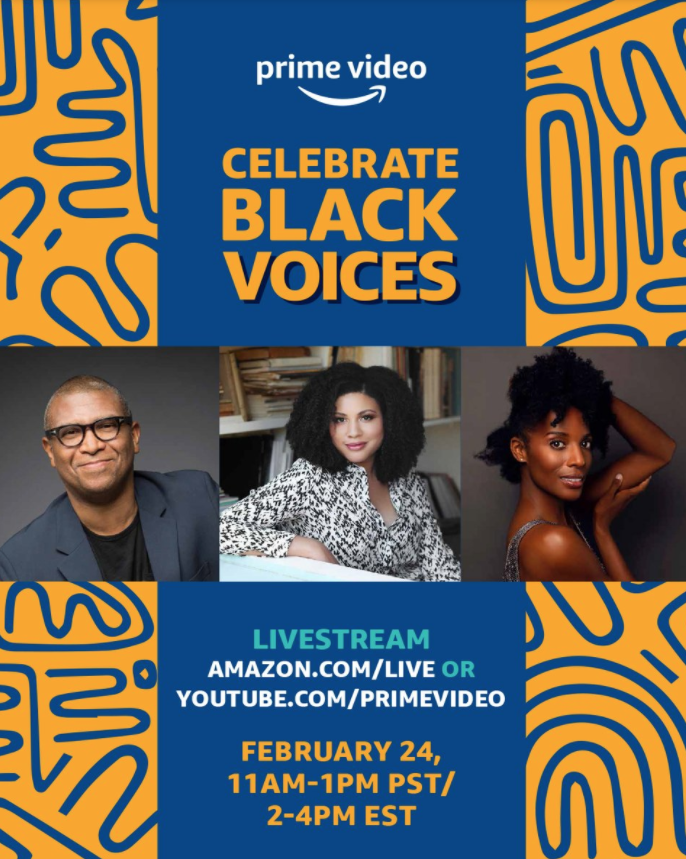 Prime Video announced Prime Video Celebrates Black VOICES, a one-day virtual event covering Black representation in film and media in honor of Black History Month. The event will take place on February 24, 2022 and will include group panels, lightning talks, and special performances celebrating the beauty, strength, and power of Black voices. The event is free and open to all.

This event is the sixth installment of Prime Video’s VOICES series, which explores the history and data of inequities in Hollywood, and ways we can change the narrative across our productions. VOICES previously held conversations highlighting representation for Asian and Pacific Islanders, LGBTQ+ communities, the Latiné community, Indigenous peoples, and the neurodivergent community.

“With each event, VOICES continues to inspect and explore new and important topics that affect all of us in the entertainment industry,” said Latasha Gillespie, head of Global DEI at Amazon Studios, Prime Video, and IMDb. “For our Black History Month celebration, we wanted to focus on the joy and successes of the many great minds working today and share that wisdom with the next generation of innovators and disruptors. From the creators to the educators to the humorists, we have so many gems in the Black community and look forward to the entertaining and inspiring programming in the upcoming VOICES event.”

A conversation examining how a seemingly specific lens (too often called “niche”) is actually both a shared human experience and one that can gather a tremendous cultural following and imitation.

A conversation highlighting Black women in comedy, exploring the intersectional issues and brilliance in which Black women comics live.

A special performance by The Divas and Drummers of Compton.