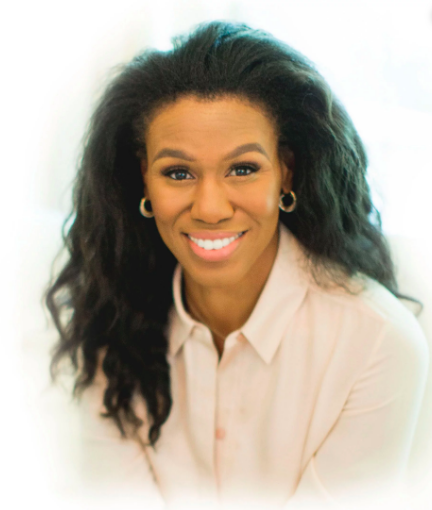 Christian evangelist, speaker, author, and actor Priscilla Shirer is a force to be reckoned with in the faith-based community.

I’ve personally been moved by her work for some time now. I read her book Discerning the Voice of God: How to Recognize When God Is Speaking when I was going through a tough season of my life. She is the force behind Going Beyond Ministries. I’ve had the pleasure of watching several of her sermons online, which have more of a motivational speaker formula in their delivery than a pious religious preacher.

Knowing this about her spiritual worth, I was surprised to learn that Shirer has worked in the film industry for some time. In 2015, she made her film debut in the Alex Kendrick film War Room. The film made on a modest budget of $3 million earned over $67 million domestically. Her next film, I Can Only Imagine starring Dennis Quaid, Cloris Leachman, and Amy Grant, made over $83 million. The film cost $7 million to make.

It’s clear that as real-life becomes more like a scene from a horror film, audiences want to escape to see family-friendly stories and narratives that tell a redemptive and virtuous story.

Shirer reunites with filmmaker Alex Kendrick again in the Sony Pictures film Overcomer. In the film, life changes overnight for coach John Harrison as he reluctantly agrees to coach his school’s cross-country track team with just one genuinely aspiring athlete, Hannah Scott (Aryn Wright-Thompson). Orphaned at a young age, Hannah’s grandmother raised her while working two jobs just to keep them afloat. As a result, Hannah continues the season feeling alone and unwanted.

She is challenged not only physically, but emotionally and spiritually on her sudden journey toward self-discovery. The school’s principal, Olivia Brooks (Priscilla Shirer), sees potential in Hannah and begins building a relationship with her. This is essential for Hannah to recognize the importance of God in the development of her identity, while John becomes the least likely coach helping the least likely runner attempt the impossible in the biggest race of the school year.

BGN had the opportunity to chat with Priscilla Shirer about her character, the film industry’s acceptance of faith-based movies, and why these kind of stories are important for all audiences.

You play a principal of a private high school in Overcomer. Can you tell us briefly about the character of Olivia Brooks?

Brooks is a polished professional woman, and she’s in a setting where she does her job with excellence. And yet, you see in her interactions with the students and with her coworkers and the people that she’s managing and orchestrating that she never allowed that professionalism to keep her from any opportunity. She has to see the heart of somebody, that they might have some internal work that needs to be done in their life, and to just lend herself to them. I feel like the role of Olivia Brooks is an eye-opener for people to consider the fact that even in our professional lives, every interaction with a coworker, or a boss, or somebody that we’re networking with, is still an opportunity to just pray and say, “Lord, is there something going on in this person’s life?” That’s what Olivia Brooks keeps doing with different characters throughout the show.

The student Hannah is a runner. I love the metaphor of Hannah, a girl with asthma, trying to run her race in spite of the odds she’s facing. Do you find that sports and faith-based principles have strong parallels in stories like this?

Absolutely. We see that all throughout the scriptures. The Apostle Paul relates the spiritual life to boxing on the one hand and then there’s running the race on another hand. So all throughout, we find that the principles of endurance and being fortified, strengthened, and finishing well — those things are all spiritual principles that we have to work toward and that the Holy Spirit of God is as Christians, that the Holy Spirit lives in us, enables us, and empowers us to run well and to run with integrity. Those things do parallel very well with sports and those sorts of nuances in all aspects of our lives.

There is a beautiful scene between you and Hannah in prayer, which is a turning point for Hannah’s character in the story, was that scene scripted at all? Because it felt very genuine and organic.

There was a script and we recorded it, or we filmed it twice, probably as it was scripted. And then the director Alex Kendrick, who really is a pastor at heart — he’s got a shepherd’s heart. They’re filmmakers, but really more than anything, they just want these films to be ministry — really guide people into a relationship with the Lord. And so the third time around — third, fourth, and fifth time — they said to me, “Priscilla, would you just pray with the students as you would as Priscilla? Not as Olivia Brooks, not acting, not memorizing, but what would you pray in order to lead somebody to the Lord?”

And so we recorded that a few times. In the end, the final edit that they used was, yes, one of the versions where it was just what I would say. It’s not something that was in the script. I want you to know that the entire cast and crew gathered together every morning of filming for devotions and prayer every day. But also, before certain scenes that Alex and and Stephen and the rest of the team would gather around and stop everything to pray and ask the Lord to really enjoy that moment, to be powerful for that someone sitting in a theater.

Maybe they’re going to pray this prayer, or they’re going to repeat these words, or they’ll watch the DVD later. Now they will know the words to say that can help them to enter into a relationship with the Lord whey they may have never been in a church before. This is one of those scenes where we all came together — cast, crew, behind the camera, in front of the camera — we all came together and grabbed hands. We said, “Lord, let this moment in the film be the moment that really does change the trajectory of someone’s life, just like it changes Hannah’s in the story.”

What was profound about this story is it tells how we have moments in our lives where we lack faith and can only rely on God to help us through it. Why are these stories of faith important to tell?

Well, they’re important to tell for many reasons, one of which is that we have such a great opportunity. Faith-based films have never been regarded as highly as they are right now. There has never been a time in history before where you would say, “Hey, there’s a faith-based film; let’s go see it,” and people would actually go, “Yeah, let’s go.” A decade ago, it was almost embarrassing to go to faith-based film, because the production quality was so low, right? But that script has changed; the narrative has changed.

These films have quality, they have great stories, they’re not cheesy, they’re not corny, and they’re diverse. There is a diverse cast so that the church can see herself in it, in the full breadth of the body of Christ, not just one race, but we’re seeing diversity in these films. It’s a great opportunity for this medium of film to be used to affect people that maybe we didn’t have the opportunity to take advantage of in years gone by. I feel incredibly grateful that as an inexperienced actor without any training that God would just let a small part in telling me stories that are affecting people in a way that they haven’t before.

It’s really important that Christian films like Overcomer and also Devon Franklin’s Breakthrough have these nationwide theatrical releases. In your experience have you found that Hollywood is providing more opportunities for faith-based films to reach larger audiences?

The answer to that is yes. As we know, for Hollywood and production companies, the only thing they care about is the bottom line. Even if they are not necessarily interested in stewarding a spiritual message, they are interested in disseminating a film that’s going to draw attention and dollars at the box office, which is why when we encourage people to come out to the theaters, from not only the faith-based communities but anyone who is interested in cinema and seeing quality films, that your entire family can view without concern of the content that they’re going to consume. The dollars that we spend are actually going to movies that matter.

We want to use film as an opportunity to continue to spread the message of our faith. It won’t happen unless we actually are showing up at the theater and using our dollar bills to let Hollywood know that these films matter. The more we do that, not only the further will the reach go in terms of theatrical releases and the number of cinemas that they put the movie in, but also the more dollars they will put for the production of the next film. It’s very cyclical. The quality of the films go up because they put more dollars to the making of the next film; the dollars they put into making up the next film will be in conjunction with how well they saw the previous film do.

What advice do you have for Christian storytellers who want to spread the gospel through feature filmmaking?

I would say not to take that dream lightly. We need you. We need people from all streams of the church, whether conservative or Pentecostal; we need your frame of reference; we need your experience; we need you if you’re Black, white, Asian, Hispanic, because you bring your culture to the story.

I would say don’t diminish your uniqueness. We need the story how you would tell it. Don’t let anybody tell you that that is insignificant, or that you need to become something else or mold into a different standard. In order to be successful, that’s not true. We need you to tell the story the way the Lord bursts that story in your heart. Then be willing to connect with other storytellers, or other filmmakers, or other production houses that will be able to be like a puzzle, all of these different people come together using their weaknesses, their strengths, their gifts, their abilities. When we invite other people into our circle, don’t be afraid of that. That doesn’t diminish your life, it actually helps to expand the platform and expand the influence so that you’re the story you want to tell.

The Faith-Based Drama ‘Overcomer’ Is All About Lack of Faith