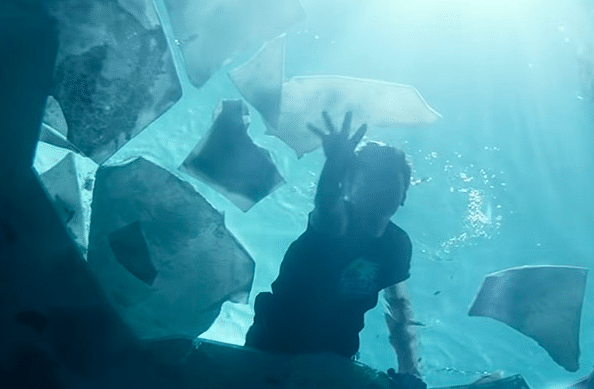 Breakthrough is the faith-based film that audiences have been waiting to see!

20th Century Fox’s Breakthrough is the faith-based film that Christian audiences have been waiting for. Finally, there is a film that genuinely exemplifies what it truly means to have faith and actually use it to see the manifested works and power of God.

The movie is based on an inspirational true story of a mother’s unshakeable faith in the face of what appears to be insurmountable odds. When her adopted son John Smith (Marcel Ruiz) falls through the ice of a frozen lake, Joyce Smith (Chrissy Metz) turns to her faith in God for what science and medicine label as impossible. While Jon lies lifeless and on the brink of death and it looks like all scientific odds are against him, Joyce prays and intercedes for her son’s healing in faith. Directed by Roxann Dawson, produced by DeVon Franklin (Miracles From Heaven), and with an adapted for the screen script by Grant Nieporte (Seven Pounds), Breakthrough brings to the big screen the reminder that unyielding faith is powerful, that love is unconditional, and that a praying mother is a powerful force. 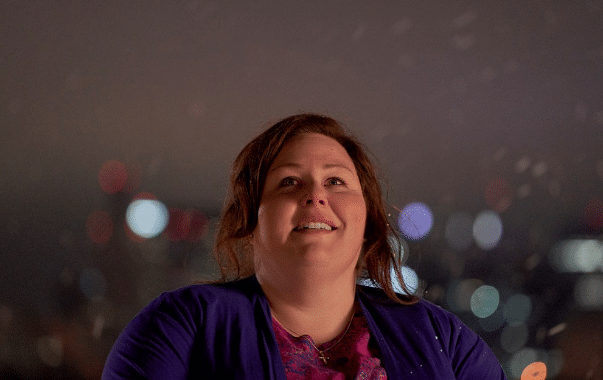 Breakthrough does not make a mockery of the church or the Christian faith. This film handles with such delicate care a real-life story that rocked its community and changed many lives in the process. What makes Breakthrough effective is that there are many universal messages within the film that are relatable, such as a mother’s love, not giving up, and the power of coming together as a community. Breakthrough is definitely a tear-jerker. Whether you are Christian or not, anyone can relate to the notion of not giving up on a loved one when it looks like they are not going to pull through.

Chrissy Metz is dynamic and so believable in her role. Her depiction of a faith-filled mother standing in the gap for her son, who is lingering between death and life, is remarkable. In a recent Los Angeles Times interview, Metz states that she prays so hard in this movie, because “my mom had a stroke a few years ago.” She continues, “I told her doctors, ‘You can give your prognosis, but you’re only going to speak positive thoughts around and about her. That’s almost verbatim what Joyce Smith said to John’s doctors. There was no coincidence in that. Making this movie, I felt that I had to not only honor the Smiths’ story, but also my mother’s.” 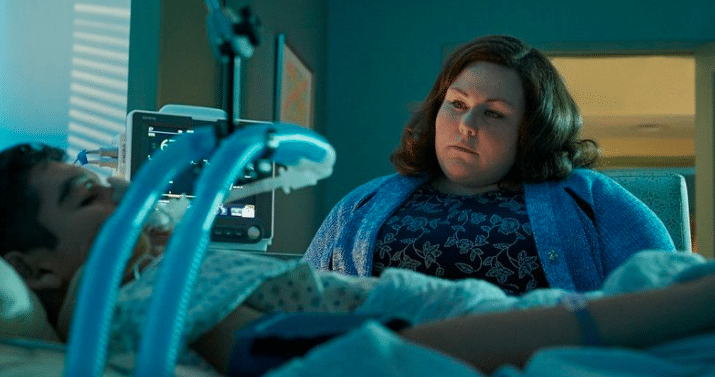 In one powerful scene in which family and friends are waiting in the hospital visiting area to get news about John, Joyce overhears a few of them speaking doubt about whether John is going to make it. She then boldly declares that if anyone in the room has doubt or unbelief, they should leave. While these well-meaning loved ones came to show support in the best way that they knew how, it was evident that Joyce was a woman on a faith mission. Doubt and negative speakers were not welcome in the atmosphere while she was standing strong in faith for a breakthrough.

This scene moved me. I believe that there is a very powerful message in the mother’s act, which exemplifies the notion that our words can either contaminate or empower the atmosphere around us when in expectation of the miraculous. The scripture Proverbs 18: 21 states, “Death and life are in the power of the tongue, and those that love it shall eat the fruit of it.” This scene really brought home for me the notion that when you are standing in faith for something or someone, be careful who you invite into the process.

Topher Grace as Pastor Jason brings comic relief at all the right moments. His storyline brings to the forefront a pressing issue within many churches. The conflict arises between elders of a church who are committed to traditional ways of delivering the Gospel and a new, fresh leader or leadership who rises up with a new anointing or method. In the end, we witness that a difference in delivery does not necessarily mean that one method of preaching and teaching is more valuable than the other, as long as the message of the Gospel is delivered in love and that those involved mean well. 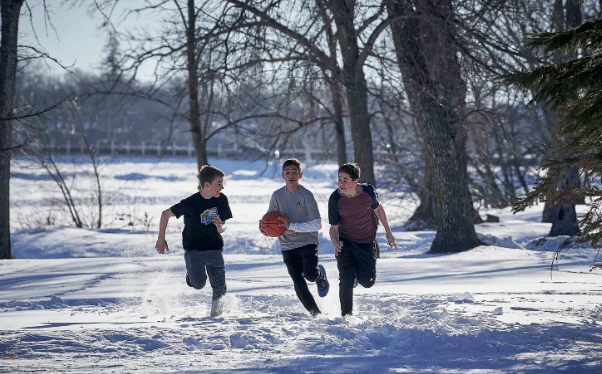 Josh Lucas as Brian Smith does an excellent job of conveying that you can be a genuine believer of God, yet have your faith challenged when tragedy strikes. As John’s father, he is so distraught that he is spiritually out of position to properly pray with and for his wife and son. Yet, the screenplay is written so well that you can’t have anything but empathy for Brian. He is like so many believers (and non-believers) in times of trial. One thing is for sure, through this film we get to witness how tragedy has the potential to test who you think you are, as well as what you say that you believe. Arguably, faith is not what you say. Faith is what you do.

Whether you are a Christian or not, the faith-based film Breakthrough is definitely a must see. In a recent interview with Black Girl Nerds, Roxann Dawson stated, “Without the ability to discuss, debate, and use the minds and instincts that God gave us, how can we connect with each other? That’s why one of the most important aspects of this film is community.” The way that the community rallies around the Smith family in this film is absolutely beautiful to witness.

Executive produced by Christian NBA player Stephen Curry and producer-minister DeVon Franklin, Breakthrough is the film that America needs right now. Its emphasis on community instead of financial, social, and racial division is to be noted. The film’s message of hope and overcoming great trials are positive and uplifting indeed.