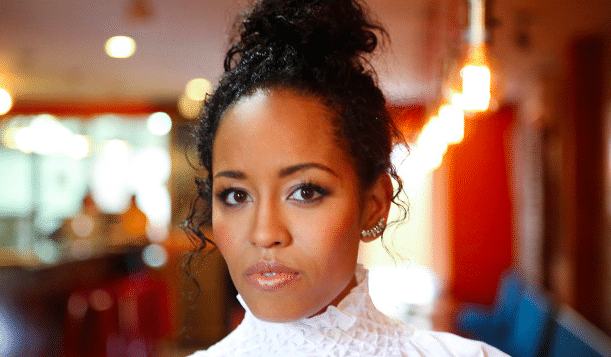 Last season ended with Violet “Aunt Vi” Bordelon (Tina Lifford) and Hollywood Desonier (Omar J. Dorsey) exchanging wedding vows under the stars. It was a sweet moment after the usual torrential downpour of secrets and revelations.

Season 3 also ended with the turnaround of Charley Bordelon West, a daughter hell-bent on avenging her father’s legacy and pain by going after the Landry family. Charley, brilliantly portrayed by actress Dawn-Lyen Gardner, has been in Superwoman mode for three seasons. Wearing a cape, armed with Black Girl Magic and strong Black woman for her siblings while trying to tame her mess, Charley has a personal breakthrough.

Charley loses her battle with the Landrys and wins back the land and the Queen Sugar Mill. Her son Micah (Nicholas L. Ashe) encounters police brutality and participates in the destruction of a historic landmark plantation before channeling his anger into community activism. 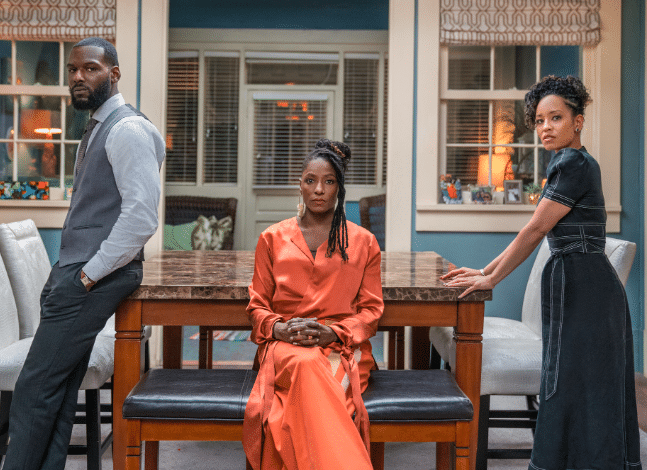 Charley was all but done when Nova (Rutina Wesley) straddled the fence of getting involved with Charley’s former beau, Remy (Dondre Whitfield). This, along with Nova’s New Yorker article revealing Ernest’s suicide attempt, made Charley throw her tattered cape on the ground.

Charley also shatters her shell and opens her heart to new beginnings. However, Queen Sugar is known to throw a wrench or two somewhere. One of those wrenches is Nova’s memoir.

I talked with Dawn-Lyen about Charley’s growth as a woman and mother. We also talked about Charley and Nova’s strained relationship — and how this memoir isn’t helping to mend it.

I am so happy that Queen Sugar is back! As a fan who has tweeted almost every episode, I said to myself, “Lord, if Queen Sugar ends with the wedding in Season 3, I’m falling out!”

Thank you so much! We wouldn’t do that to you and all the fans. [Laughs.]

We appreciate it! Last season, Charley felt that she let her father down. Can you speak on what’s going on with Charley this season?

In Season 3, Charley’s arc was in a sense moving from revenge to justice, and the end of the season was sort of bittersweet for her. She was not able to take down the Landry family completely, which was her goal for the full season, to take down the family from the inside. I think there was a feeling of disappointment and failure at not completing that initial goal. However, she did stop the prison from being built and successfully got the mill back, and there was great triumph in that. It was a shift in her success being about the community, not just herself. So at the top of Season 4, she’s really in a new space in her life. Charley’s coming into her own as a woman, she’s open to new relationships. She’s happier, freer. And then Nova’s book hits.

Yeah, that book! I watched the Season 4 trailer, and no one is happy about it.

Definitely. Nova’s memoir will expose all the drama from Seasons 1 – 3, and it spills right into the fourth season.

Let’s jump right in about that memoir. How will this affect Nova and Charley’s relationship? Personally, I’m waiting for a moment when one slaps the other or a physical fight. Will this enhance the friction that’s already between them?

What Nova is doing is a profound betrayal. It’s not just telling the family secrets. It’s exposing what Charley’s gone through from the beginning. It is beyond personal. It hits Charley hard that her sister did this. It is a profound crossing of lines, and that is what the writers behind Queen Sugar were aiming for. The writers are testing the boundaries of love, trust, loyalty, and family. Nova and Charley are two strong Black women. They use their powers and strengths differently. They’ve been through bouts of betrayal in the past. Nova’s book about the family is a betrayal on another level. The question is, is it possible to come back from such betrayal? Can they come back from this hurt?

Let’s talk about Charley’s relationship with her son, Micah. After his horrific experience with a police officer, he became an activist. He organized a rally to protest plans to build a correctional facility in the center of St. Josephine Parrish. In the beginning of the rally, Micah mumbled his speech, resulting in Charley stepping in. Micah gained confidence and shared his story. Will Charley and Micah’s relationship improve?

You have to remember that Charley is not the same person. She stepped in and spoke to the audience, but she also told Micah, “This is you.” She is proud of her son. Part of her journey with Micah is that she comes into her own and steps back from controlling Micah’s thoughts and actions. This is one of my favorite moments. Charley has always been in control, and now she is letting go. Micah steps into what he needs to do in order to become his own man — how he wears his hair, the decisions he’ll make. Charley has to trust him. It’s not easy for her, but she knows she has to.

What can you tell me about Romero’s place in Charley’s life?

Romero is an outsider. He wasn’t there when all of the drama happened over the seasons. He is not in the family. He knows nothing about what Charley’s been going through. He wants to get to know Charley. Romero is a freer space without burdens. Charley is opened to the possibilities with Romero and is willing to find out what will happen between them. You will have to watch to find out what direction their relationship goes. 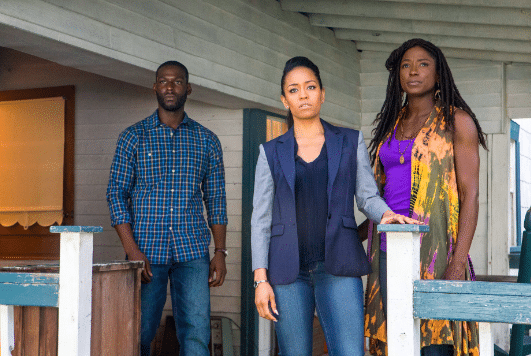 I appreciate you taking time out to talk. I’ve read the book, Queen Sugar, and the show does the book justice.

I’m a fan of the book, too. I appreciate you for saying that. It means a lot.

You can watch new episodes of Queen Sugar every Wednesday night on OWN.

Queen Sugar is produced for OWN by Forward Movement and Harpo Films in association with Warner Horizon Scripted Television. Ava DuVernay, Oprah Winfrey, Paul Garnes, and Anthony Sparks are the executive producers. The series Queen Sugar is based on the novel by Natalie Baszile.