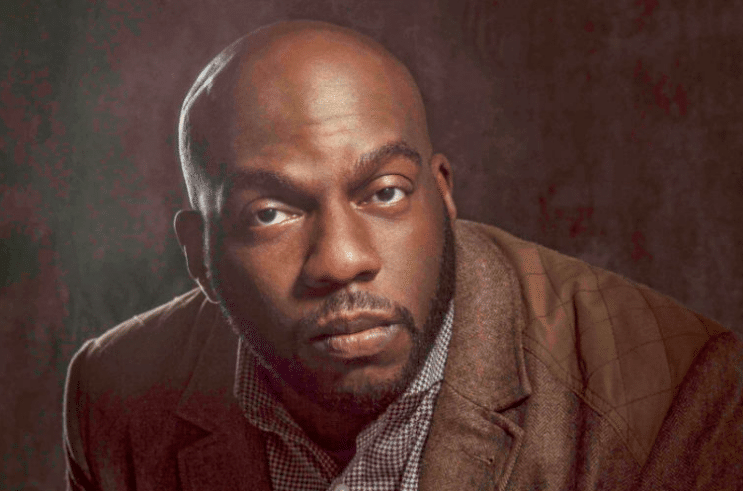 Omar Dorsey has a cool country Southern accent — it’s not just for the screen.

He’s got country roots and his TV series, Queen Sugar, is set in the Louisiana countryside. So, playing the hardworking, earnest Hollywood should come naturally. Or does it? Dorsey talked to BGN about just who is Hollywood, older women/younger men, Ava DuVernay, female directors, and a few new season details.

Your character, Hollywood, has been in a younger man/older woman relationship for four seasons. What are your thoughts on this in real life?

Being in love is what it is. We can’t ever define it by age. We can’t define it by the sex of people. Wherever love comes in, you have to live there and let people just be themselves. I think the [relationship] between Hollywood and Vi is very important and should be shown on television because it normalizes it.

It’s not like she’s this cougar after this young dude, and this young dude doesn’t have anything and is using her. It’s two people who are actually into each other and actually building a future. 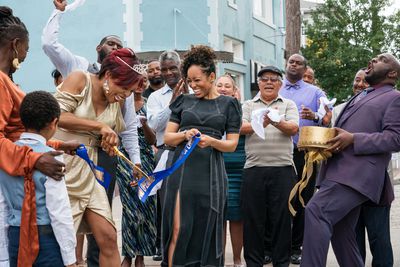 The characters in the show plus the fans root for Hollywood and Violet through thick and thin. What makes this such a good love story?

A lot of the relationships on the show tend to be complicated but not Hollywood and Vi. Nova [Rutina Wesley] and whoever her lover is at that moment, and Davis West [Timon Kyle Durrett] and Charley [Dawn Lyen-Gardner], or Remy [Dondre Whitfield] and Charley, Remy and Nova, whoever it is, seems awfully complicated.

Hollywood and Vi are, like the song says, old-school love. In a relationship, there are always ups and downs and people always get nervous. “Oh, no! Hollywood and Vi not getting along!”

Queen Sugar is set in the South and the plots are involving but very much like real life. They are kind of slow, but I noticed near the end of each episode, there seems to be a quick pay off. Do you think that is the way the story should be told on television?

The first season we did the show, Ava and [the cast] were all out to lunch, and we were concerned about the slow burn.  Personally, I like to see a story.

My favorite TV shows are the ones that are drawn out. Sometimes you might like a procedural thing like Law & Order where it’s all wrapped up in one [episode], but the shows I like, Dexter, The Wire, The Sopranos — these are the shows where the whole [arc] can last over two or three seasons before you might wrap it up.

I think to be able to tell the story of Queen Sugar, the slow way is the only way you can do it. 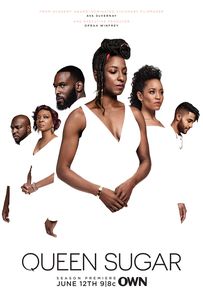 Speaking of that, what can we expect to see this season?

Hollywood did buy Vi a restaurant last year so she’s a business owner. So, we have that dynamic going on. We have a few ghosts of Christmas past coming to visit. There’s still some drama in there.

I know you have some new people coming in, such as Erica Tazel from Justified. I’m also hearing that David Alan Grier might be joining the cast. Is that still happening?

Yes, Mr. David Alan Grier, Mr. D.A.G. himself. We’ve all known each other and all, but you bring David Alan Grier onto your set and it’s a totally different thing. This man comes in, you know, bouncing off the walls!

He’s an actor, period. He was on one of the greatest comedies of all time, In Living Color, so he’s just this genius that comes in improving. You know you have to stay on your toes if you don’t want David just to run all over you in a scene.

I had an amazing time working with David. He’s one of my favorite people I’ve ever worked with. He’ll come around the door doing a Shakespeare monologue out of nowhere. You’ll forget that he’s just this Yale Drama School dude because you hear about all the comedies, but man, that dude has some serious chops. We’re having a good time with him this season.

So he’s going to be bringing his dramatic self to this part. Can you tell me a little bit about his character?

No! [Laughs.] Nope, got to save one. But we have a good time rockin’ and rollin’. I don’t want to spoil anything, but he’s just so good.

Is the show 100 percent shot in Louisiana?

One hundred percent. We shoot a lot in New Orleans and in Vacherie, and Edgard, Louisiana. It’s God’s country.

Ava DuVernay is pretty busy, but how often is she on set?

She pops in once a month or once every other month, but she is always a phone call away. I talked to her this morning. Whenever I have any concerns or questions, I’ll text her. I’ll call her, and she’ll be right there. She’s Johnny on the spot.

She’s the heart and the soul of the show.

Fans of the show know that it’s female-directed. As a man, how, does that play in how the show is presented?

I’ve been doing television and film for 20 years now. Up until four years ago, I only had one female director and that was Ava in Selma.

Fifteen years prior, I only had one [female] director. It’s amazing. It’s something I really appreciate. I think I’ve only worked with maybe two black male directors over that time, maybe three. You get different performances out of different auteurs. So when you have someone with a little more compassion, a little more emotion, your performance comes out that way.

Does being Southern-born make it easier to get into the character?

One hundred percent. I’m from Atlanta, but my parents are from the country. My mom’s from McDonough, Georgia. She was raised on the cotton field. My father’s from Cornelia, Georgia. Playing these characters, playing Hollywood specifically — this is a man whom I’ve seen my whole life.

So it’s not hard for me to create a character. I know this guy.  He owned a bar up the street while he was a deacon at the church. I know these guys. It’s so easy to just lay in, to sit in, because like I said, I’ve seen this man my whole life. I’m 43 years old. I’ve seen this since I was six months old, or however old my first memory was. That made it so much easier for me.