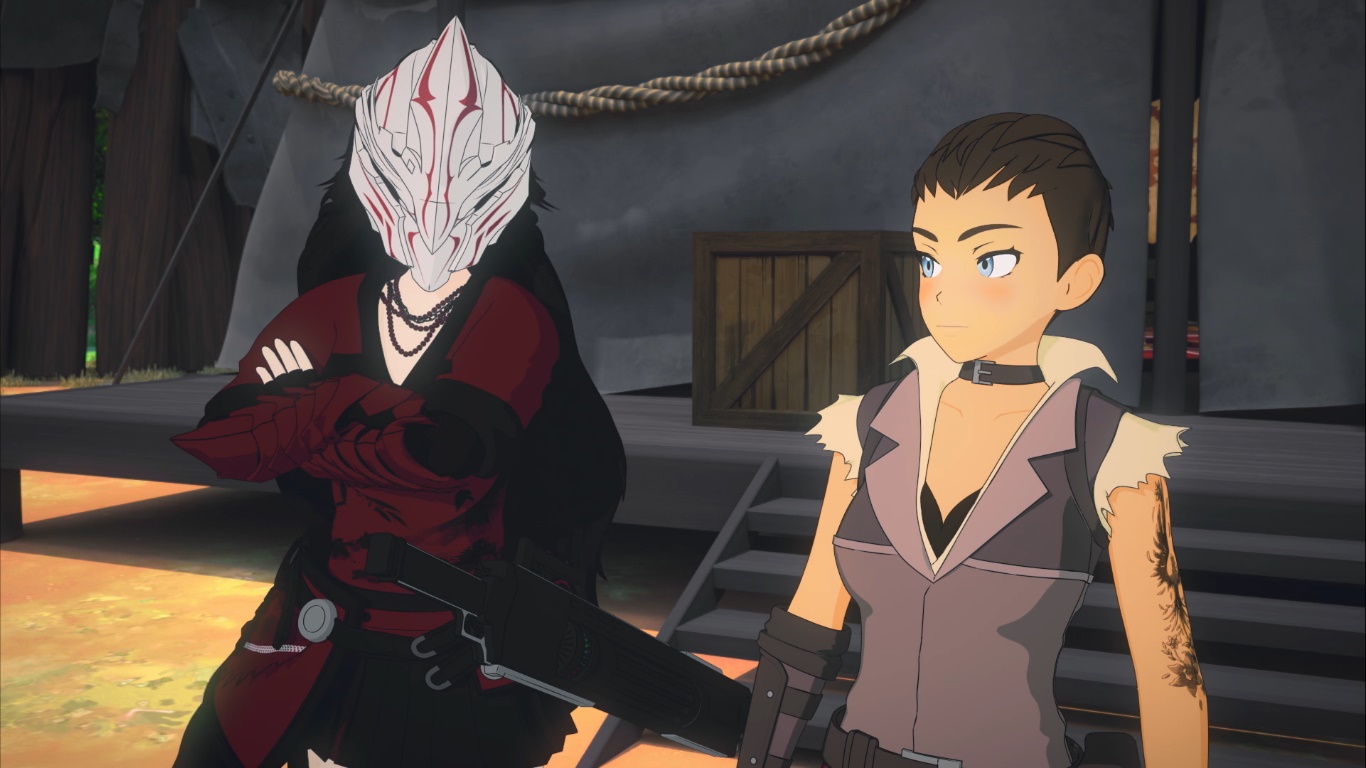 On the lastest RWBY, Salem’s crew intrudes into The Branwen camp thinking they can intimidate Raven into doing Salem’s bidding, but Raven is ready for them. Raven is set on not helping Salem and not helping Ozpin; she wants to stay out of it. But unfortunately for her, she got herself involved when she decided to harbor the Spring maiden, Vernal.

Cinder promises to spare Raven and her tribe’s lives if they use the Spring maiden to retrieve the relic of knowledge at Haven. But Raven isn’t about to let Cinder call the shots when she has goals of her own. Raven proposes an alternative deal; one that would get Qrow out of her hair. Once the relic is stolen, Qrow would likely trace the theft back to Raven because he knows she has the Spring Maiden. Raven wants Cinder to have Professor Lionheart invite Qrow to Haven so that they can ambush him and eliminate him for good. Cinder agrees when she realizes Ruby will most likely be with Qrow and she can get her revenge. Dr. Watts sees right through this and warns Cinder not to ruin the master plan just for her selfish reasons. Cinder refuses to listen and makes the deal. In private, Raven discusses her true plan with Vernal. She knows that Salem will have them all killed once she’s done with them. So, she plans to steal the relic and use its power for herself. 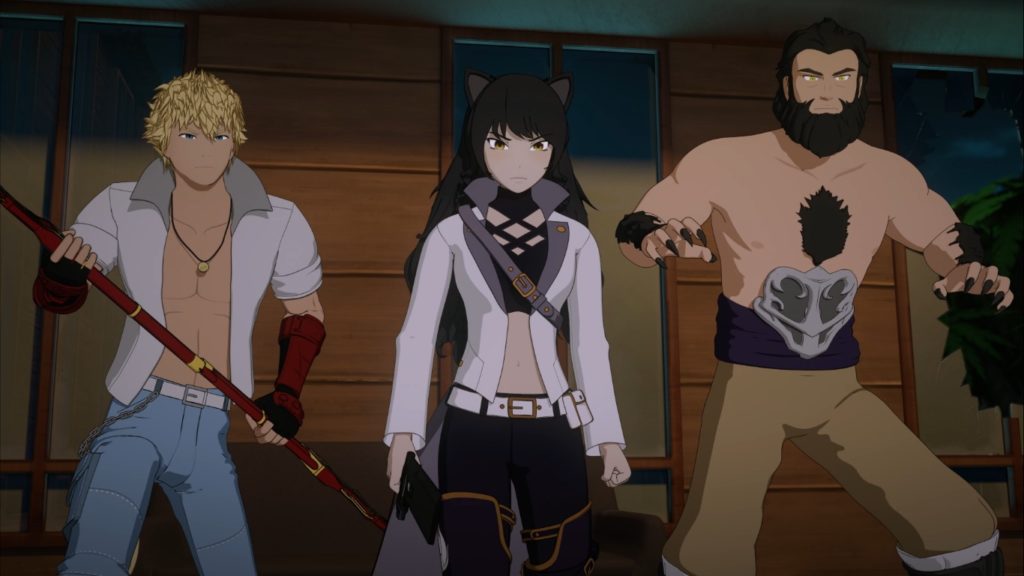 BATTLE AT THE BELLADONNA’S

Blake and Sonny make it in time to join the Belladonnas in battle. They team up with Ghira, but we don’t know where Blake’s mother is and if she’s okay. Blake sets out to find her while Ghira and Sonny fight the Albain brothers. In her search, she winds up running into Illia. The episode ends with them glaring at each other; ready to fight.

Vernal raises a good question. She asks Raven if she’s okay with Qrow being ambushed while Yang is with him. Raven, apathetic, responds that Yang made her choice. So… I don’t buy that. She’s making it like she doesn’t care but I think she does. A couple seasons back she saved Yang from The White Fang and she apparently pops up from time to time to warn Qrow. She cares! And I doubt she really will slow her daughter and also her brother to die at Haven. Even if she honestly believes she doesn’t care, that’s not the way things will go down.

Also, I still believe there’s more to the story with Ozpin. I understand Raven has her own motives and walked away from him. But I still find it odd that the Spring Maiden walked away from him as well and on top of that, has become a loyal servant to Raven.

Furthermore, I love how Blake’s dad tells Sonny “shut up”. 🙂