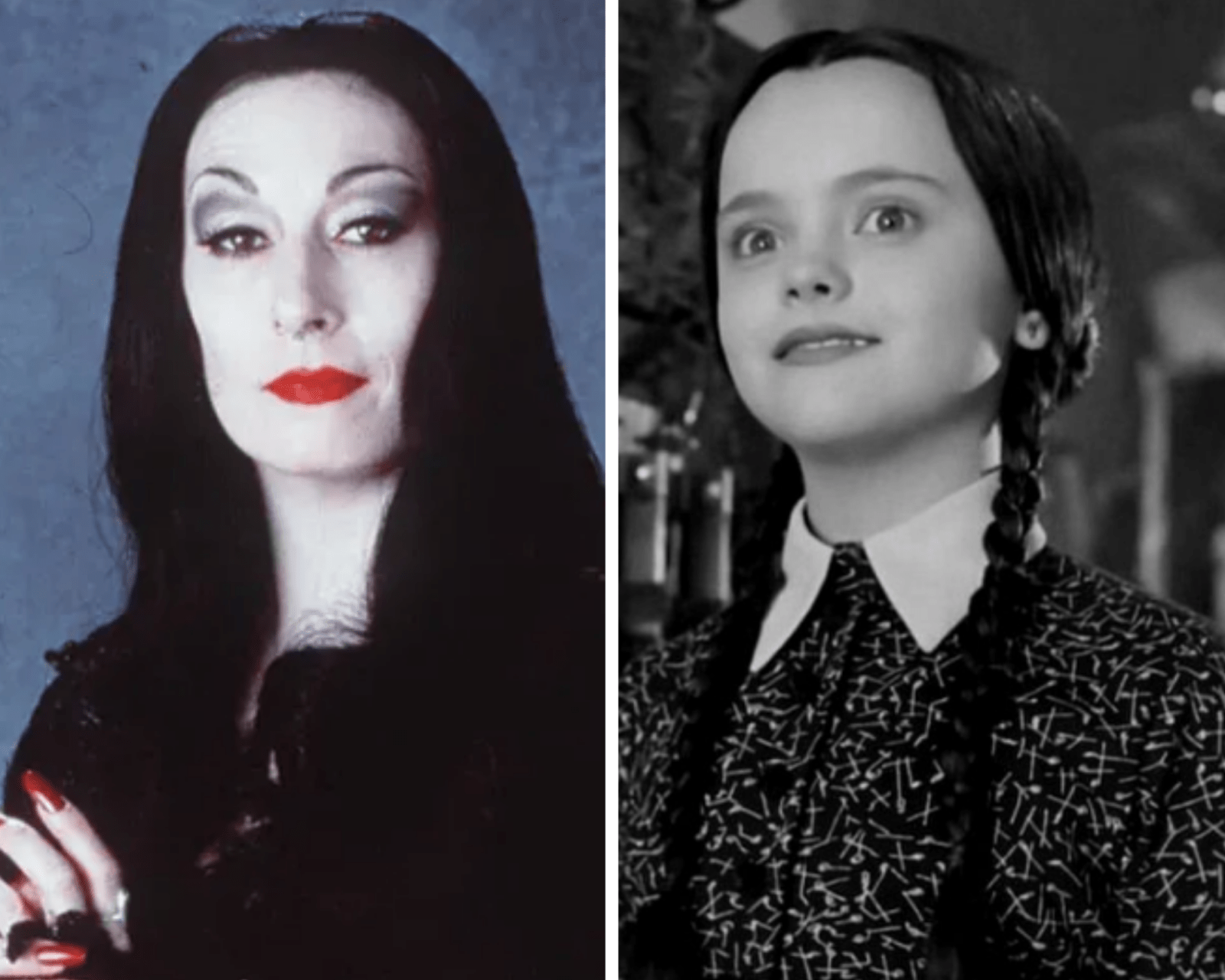 Show of hands; who remembers the Morticia Addams snipping the roses moment?

The deathly pale, raven-haired matriarch of the wonderfully macabre Addams Family is a badass in her own right. Not only as a glamourous style icon, but also an unapologetic feminist.

And she’s not the only one. Close at her blood-red heels is the undisputed queen of deadpan wit; her daughter, Wednesday.

Let’s take a look at the leading ladies of America’s spookiest family — the eccentric, mysterious and utterly fabulous Addams Family, starting with Morticia Addams. Besides being drop dead gorgeous, Tish is a woman in control, clearly and unapologetically communicating her needs and desires to her partner and not being the least bit afraid of it.

Throughout the entire franchise, Morticia and Gomez’s love story is one of the most loving, endlessly liberated, and sexiest pairings ever seen between on-screen couples.

Whether it’s the veiled pillow talk or the sweet (yet weird) banter they exchange, these two are passionately in love and show a refreshing and welcome change to the cliché married-couple-who-hate-each-other trope. Second, the lady knew her self-care. She was intensely devoted to her family, but was well aware of how important it is to tend to your own needs and take care of yourself.  When she realizes that balancing on the parenting tightrope is a little trickier than usual, she’s candid and open about needing a helping hand when it comes to childcare, hiring a nanny with zero hesitations or reservations.

Be it gardening (trimming the roses and leaving only the prickly stems) or carving out the time to “seek out the dark forces and join their hellish crusade,” Morticia’s got the self-care thing down pat.

Even though Tish literally kills it at everything she does, something that’s always stood out to me is her relationship with her daughter Wednesday.

For Morticia, helicopter parenting is a concept she couldn’t care less about. In sharp contrast to the hand holding and spoon feeding methods we’ve come to expect from moms in the media, Tish’s style is a hell of a lot cooler. She knows the value of true independence, of standing on your own two feet, and she strongly encourages her children (including Wednesday) to experiment on their own, make mistakes, and solve their own problems.

But that doesn’t mean she isn’t there for them; she’s receptive and respectful of her kids and their ideas, even if she doesn’t necessarily agree with them.

Especially with Wednesday, Morticia communicates in a direct, candid manner, not shying away from, ahem, sensitive topics.

Instead of beating around the bush, or telling Wednesday that she’s too young to understand, Morticia tells it like it is. Case in point: when asked about where babies come from, Wednesday responds with a cool:

Or this little number:

“Wednesday’s great-aunt Calpurnia. She was burned as a witch in 1706. They said she danced naked in the town square and enslaved the minister … But don’t worry. We’ve told Wednesday: college first.”

Speaking of Wednesday, can we talk about how freaking funny she is?

Exhibit A: This killer scene from Wednesday and Pugsley’s lemonade stand.

Girl Scout: “Is this made from real lemons?”

Girl Scout: “I only like all-natural foods and beverages, organically grown, with no preservatives. Are you sure they’re real lemons?”

Girl Scout: “Well, I’ll tell you what. I’ll buy a cup if you buy a box of my delicious Girl Scout cookies. Do we have a deal?”

Wednesday: “Are they made from real Girl Scouts?”

It’s not just Wednesday’s signature, sarcastic brand of dark humor that makes her such a badass; it’s also her unusual cynicism and deadpan wit that brings a fresh, feminist perspective to the table.

She’s not nice. She’s not sweet. And she’s not sorry.

Wednesday Addams is blunt, cynical, sarcastic, and has the most enviable Resting Bitch Face; none of which she has any intention of apologizing for. That’s right, when unsuspecting people dole out the usual garbage of “You should smile more,” Wednesday asserts herself firmly and defiantly refuses to smile on command, a brilliant example for every young girl told to make herself look friendly and approachable, because God forbid women appear the least bit intimidating.

Although she is a white, cis, presumably straight female, she doesn’t use her privilege as an excuse but rather as a tool to amplify the voices of those who find it much harder to be heard.

If you’ve ever been to summer camp, or watched it on TV or read it in a book, there’s a pretty good chance it looked something like this: cheery smiles, brightly painted cabins, ridiculously caffeinated counselors, and a lot of happy campers.

Camp Chippewa, described accurately as “America’s foremost facility for privileged young adults,” is the cut-and-paste stereotypical rich kids camp complete with the regular scenes of summer camp life. Sure, but what it also has is Wednesday Addams, tearing down the patriarchy, starting with the camp’s blatantly racist Thanksgiving play.

Narrated in a grotesque retelling of the first Thanksgiving, the play manages to be both ignorant and offensive, with strong undertones of white supremacy and racism.

Wednesday seems to be playing along with the awful story, but right at a pivotal moment, it’s wham bam thank you ma’am as she flips the script, real quick.

“Wait, we can not break bread with you. You have taken the land which is rightfully ours.

“Years from now my people will be forced to live in mobile homes on reservations. Your people will wear cardigans and drink highballs.

“We will sell our bracelets by the road sides, and you will play golf.

“The gods of my tribe have spoken. They said do not trust the pilgrims. And especially do not trust Sarah Miller.

“For all these reasons I have decided to scalp you and burn your village to the ground.”

Right after this excellent speech, Wednesday sets fire to the campgrounds and the props, objects of insensitive mockery of Native American culture used throughout the play.

Whether it’s Morticia’s tremendously empowering mindset and total acceptance of who she is, or Wednesday’s refusal to play by the rules and really-don’t-care attitude, the women of the kooky Addams family are bold, fabulous, and unafraid to own their delightful weirdness.

It’s not important to conform to what society considers “normal.” Neither Morticia nor Wednesday do, and they’re all the more awesome because of it.