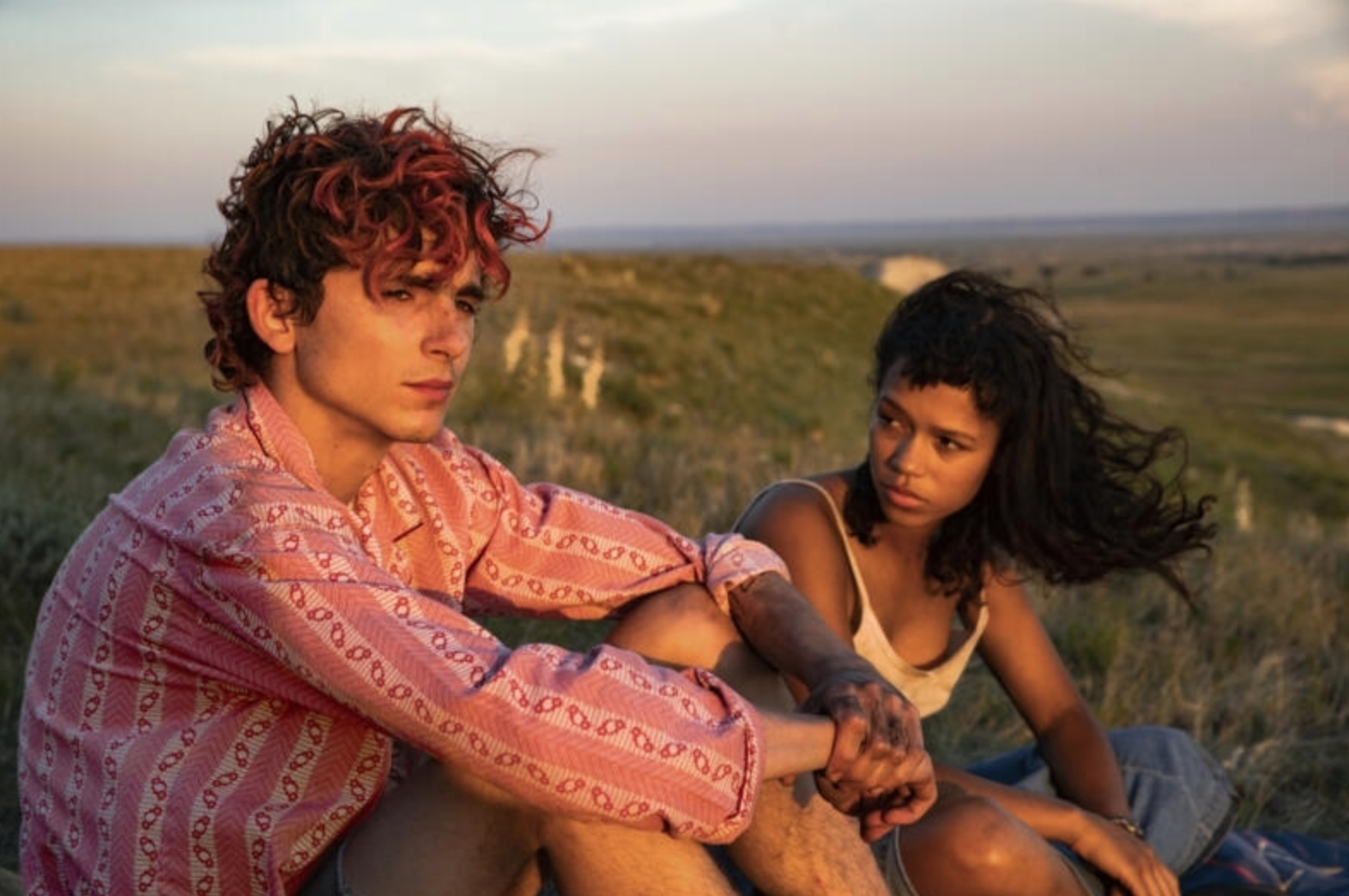 Back with another film after 2017’s Call Me by Your Name, Luca Guadagnino brings us a screenplay adaptation that explores the evolution of oneself and the emotional ride to final acceptance. Based on a 2015’s novel Bones and All written by Camille DeAngelis and adapted by David Kajganich, the film follows Maren Yearly (Taylor Russell), an American teenager who has a condition that calls for cannibalism.

Set in the 1980s, we are first met with Maren as a seemingly normal teenage girl in a new school after a transfer. She easily meets a group of girls and gets invited to hang out after school at one of their houses. The after-school hang out leads to the sudden gory act of Maren biting and eating into one of their fingers, revealing her condition.

Taking off after the sound of shrieking horror, she begins to run home and there we discover more about her. Maren primarily lives in a single parent household with her father in an off grid location in a run-down home. She has had similar moments of cannibalism in her childhood that has caused them to move multiple times to start a new life, and this last time has caused her father to reach his limit. Waking up the next morning to find her father gone, Maren is left to figure it out.

Alone she is not. There are more “eaters” on her journey across the Midwest through characters like Sully (Mark Rylance) and Lee (Timothée Chalamet). Sully takes the c’est la vie approach and decided long ago that he was going to give in to his condition, an older gentleman whose abilities as an eater have only gotten stronger over time. Maren learns the ugly realities of being an eater but also gets an understanding of how he has come to terms with it. Most importantly he teaches her how to smell out other eaters, and that leads to meeting her love.

While at a convenient store, she is able to smell Lee as an eater and catches him in action. She realizes that they are one and the same. As the film progresses, more depth is provided about Lee and his upbringing with the condition and the effects it has had on his personal life. He has a severed relationship with this family, only keeping in contact with his sister after an incident with his cannibalism. It is not until he meets Maren that he begins to second guess his decision to leave everything he knew behind.

The director does a good job of making something so horrific such as cannibalism be met with empathy. Usually films that play with this theme are horror films made with the intent to scare its audiences, but in this film it serves a different meaning. The gory moments are not scary; they’re just an uncomfortable watch. Instead they are seen as a vice that challenges the morality of the characters, giving them human relatability.

To set this tone, Guadagnino made specific cinematic choices when adapting the screenplay. Eaters can physically move through the spaces because their presentation on the outside adapts to society. The characters are dressed in everyday wear for the majority of the time except during moments of cannibalism. Behind closed doors, the eating of their victims leaves them bloody and having to clean themselves up. There is a constant back and forth battle of having to put on a face when outside versus who they really are when no one is looking. Assisting with this is the setting of the film. “The ’80s were a time of great contradictions…I felt the period paralleled the internal contradictions of these characters, their quest for settlement and also the impossibility of such,” said Guadagnino in the film’s press materials.

Though described as a “love story” between Lee and Maren, you cannot help but focus on Maren’s journey. Throughout the course of the whirlwind romance between Maren and Lee it never stops being a reflection of her. As they travel across the Midwest eating victim after victim, Lee has no remorse while Maren feels guilt after discovering someone had a family. She grows uncomfortable realizing that she is seeing herself in him and how it has hindered her life. Now she has to make the decision between working on her condition to have a full life or giving in to the lifestyle of an eater.

Bones and All is available in select theaters November 18, 2022, nationwide November 24.

A Conversation with the Cast and Crew of ‘Little Women’

Review: ‘Escape Room’ is the Ultimate Game of Survival