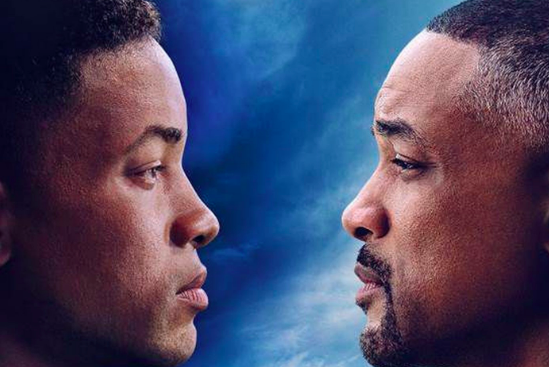 Director Ang Lee takes us on a visually exciting ride with Gemini Man.

Unfortunately, the visuals are all that holds this film together. It’s unfortunate that a movie that took at least ten years to fully develop hits the screen with nothing more than a fresh concept and good actors. The technology behind Gemini Man is impressive and a cool way to get audiences back in the theater and away from their streaming devices. But, it can’t just be all about the technology. There has to be substance.

In Gemini Man, Will Smith takes on the role of Henry Brogan, a 51-year-old assassin and professional marksman who decides to retire because he is losing his touch. Retired life isn’t all Henry hoped it would be as his past comes back to haunt him. The same people who hired him now want him dead. Who better to take out the best of the best than himself? Cue a cloned, younger version of Henry, who goes by the name Junior. Junior comes into the mix via the creator of the clone project, Clay Verris, played by Clive Owen.

Things get intense as Henry battles against himself to stay alive.

Oscar-winner Ang Lee, known for such hits as Life of Pi (2012) and Brokeback Mountain (2005), uses the 120-frames-per-second technology to give us something that heightens the visual component of the film. This technology adds a more realistic quality, especially knowing that one of the characters is fully digital throughout the entire movie. During the press conference for Gemini Man, Will Smith revealed that there was no de-aging, but rather a purely digital version of his younger self. “So it’s not my face, and then they smooth out my face to make it look younger,” he exclaimed. “It’s a hundred percent digital human, in the same way as the tiger in the Life of Pi.

They used a real tiger to understand the movement, but in the movie, when you see the tiger, you’re seeing a 100% digital re-creation of a tiger. This is not me de-aged. It’s a 100% digital interpretation of me. It’s a digital character.” It’s a technology that is groundbreaking and amazing to see on the big screen. But what do you have after that?

When you see the film, you have three great actors on screen: Will Smith, Clive Owen, and Mary Elizabeth Winstead (who we will see as Huntress in next year’s Birds of Prey film). Smith gives us some great moments as Henry. His comedic timing is fantastic (as it should be), and the amount of emotion he can convey in his eyes is mesmerizing. Smith shared that he and Lee went through some of his past work in trying to capture him in his twenties.

I could see some Bad Boys, The Pursuit of Happyness, and Men in Black vibes going on in a good way. Some of the crew stated in the press conference, “The performance and the innocence had to come from him.” It did, and it is applause-worthy. Owen comes to the screen with a physicality, intellect, and soulful presence. When he is on screen, he blurs the line of the bad guy with a convincing performance. Winstead brings forth a presence that is feminine, independent, and badass. I was concerned during one scene that the damsel in distress role would make an appearance, but to my delight, her character, Danny Zakarweski, held her own on screen.

Neither technology nor acting can make a movie like this work overall. After the film, I couldn’t help but think of a quote from Jurassic Park, “…so preoccupied with whether they could, they didn’t stop to think if they should.” This film starts to come undone after the big unveiling. It seems as if everyone was so wrapped up with the technology they wanted to display that everything else was just an afterthought.

During the press conference, producer Jerry Bruckheimer said, “The issue was, the technology hadn’t caught up with the creativity of the writer. So we had to wait for these gentlemen over here and Ang Lee to figure out how to get this movie made.” It seems that the script got lost amongst the visuals and technological performances. After the reveal of the clone, there is too much telling and not enough showing. The big moment comes too soon, with nothing of substance following to keep audiences interested. Bruckheimer also shared, “We did some unsuccessful versions of this testing, and it was pretty awful. So we put it on the shelf until Ang said we have a whole new way of doing this.” I think it could have sat a little longer with another look at the script and how it could have been told better on screen.

As a sci-fi film, Gemini Man hits its target. As an action drama, it falls a bit short. Gemini Man comes to theaters on October 11.