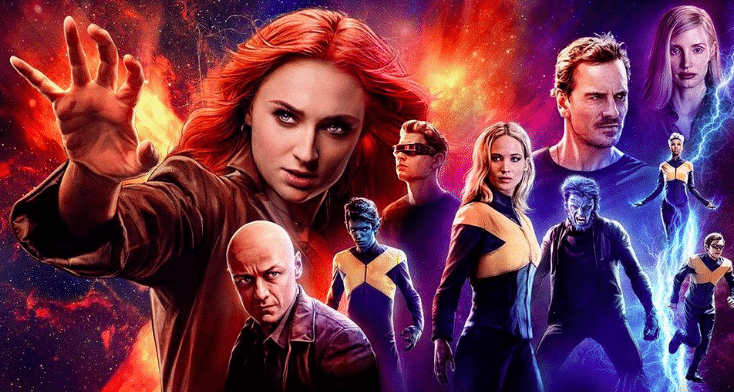 Fans were out Tuesday night for the World Premiere of Dark Phoenix.

The Hollywood spectacle took place at the TCL Chinese Theater. There was a giant X carpet and a Cerebro platform leading to the theater doors. It was pretty fantastic. 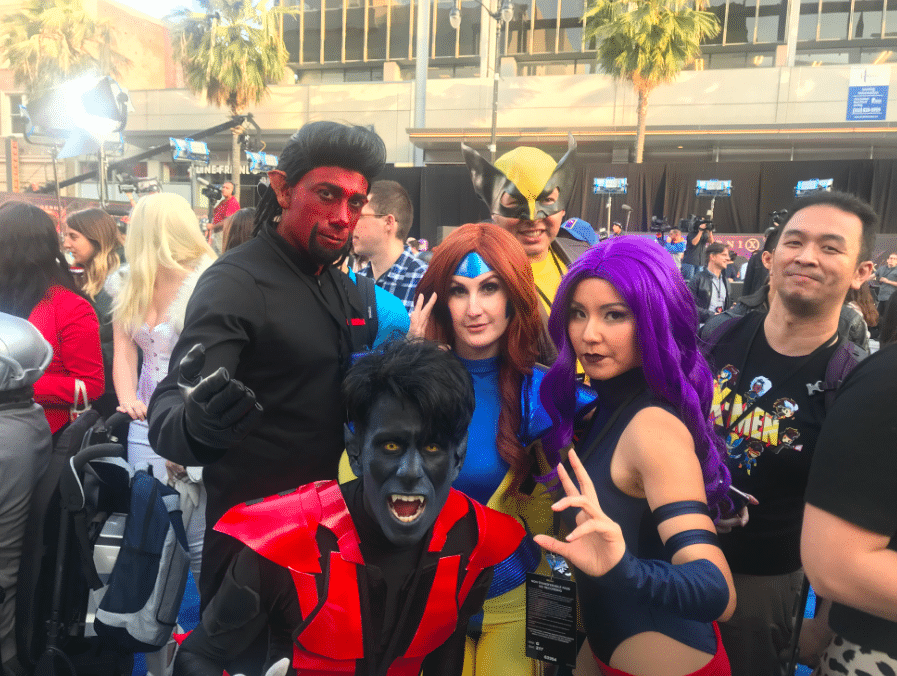 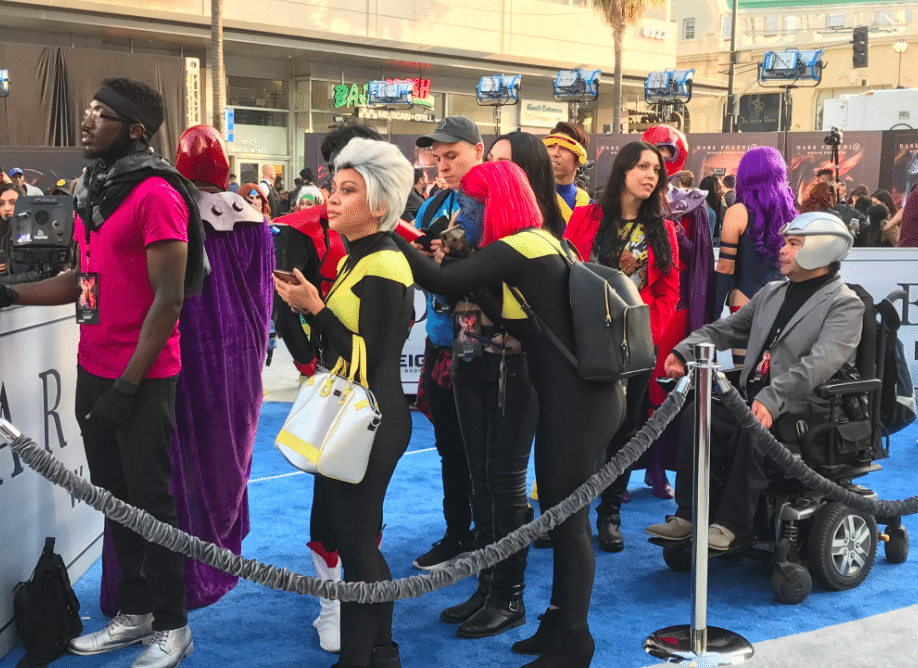 There were tons of cosplayers there as well. Some were in full-on garb, face paint and all, and others played it low key with a simple wig and T-shirt. It was an amazing moment when Jessica Chastain posed with some of the cosplayers as well. She is truly a fan favorite. A few lucky fans got to see the movie along with the rest of us as well.

Truth be told, the red carpet was the highlight of the evening. 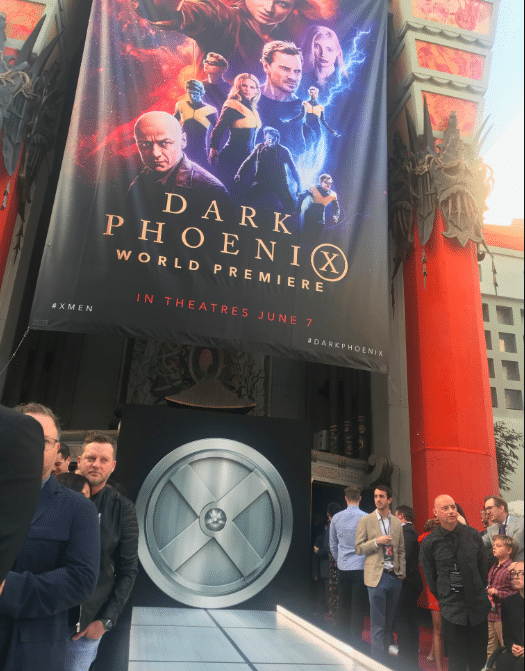 For as long as I can remember, I have been a fan of X-men. It started when my dad showed me his miniature steel Wolverine. I would sneakily play with it as a kid. I love Wolverine and the gang. When previews for Dark Phoenix were released, curiosity reared its head. After all, the story of the Phoenix is epic in the X-men comics. But, walking into the theater, expectations were at an all-time low. After all the rumors of rewrites and reshoots, I barely spent any time thinking about this movie. Alas, I was pleasantly surprised when I didn’t hate it.

Finally, X-Men has taken a cue from the rest of the Marvel Universe and explored battling aliens and space. The special effects at times were great. The action in space was awesome, but the aliens themselves could have used some work. We have been so spoiled with seeing how amazing special effects can be. So, when something is not up to par it’s annoying. We know they could have done better.

The story itself is great. It is backed up by great actors we have grown to love in this film and in other work. Michael Fassbender as Magneto is still the greatest thing this film has to offer. He has mastered the facial and hand movements of someone throwing large metal contraptions around. What really put me over the edge with this film, not in a good way, was the fact that it’s called Dark Phoenix. Instead of being centered on Phoenix, it is the Professor Xavier show.

There are actual one-liners that solidify this notion in the film. A good hearty chunk of the film is people praising or bashing Charles Xavier. The film succeeded in making Xavier look like a creeper who collects mutant children. It easily teetered on the border of loving and creepy, like a game of Guitar Hero when you have a good note streak and then you start missing crucial notes and your meter starts to turn red. Ironically, there wasn’t enough Jean Grey. It could have easily been called anything except “Dark Phoenix.” 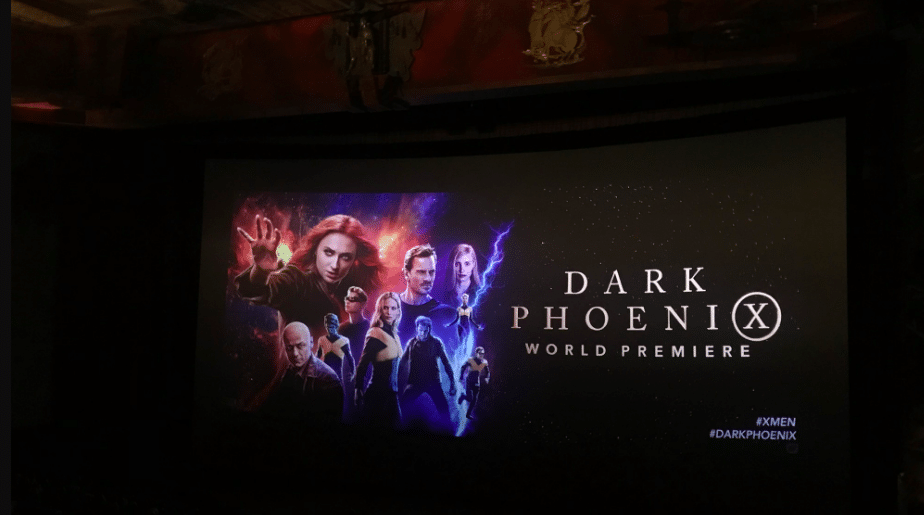 To be honest, all the essential X-Men were underutilized. Let’s talk about Storm. She is supposed to be a potential Omega-Level mutant. She has a plethora of abilities, but all we got from her in this movie was ice, wind, and lightning. Come on, now. Then there is Cyclops who was predominantly used as a wheelchair for Xavier or an emotional escape for Jean. He can do so much more than drag Xavier around or confess his love for Jean over and over. It’s really a shame. These two superheroes both can do so much more than this film or the past films have let on. Dark Phoenix does what X-Men: The Last Stand did to the team; made them insignificant. The two films aren’t that different.

What was enjoyable about the film was the emotional conflict portrayed on screen. We all wish to have superpowers, but what happens when the real heroes lose interest? Emotions run high in this film. In the battle between good and evil, which is basically what a superhero film is, Dark Phoenix showcased that everyone has a little bad in them under certain circumstances. It also showed that there’s good in them as well. Our heroes get emotional just like everyone else. The film revealed a relatable and humanistic side of mutants, which is basically the whole premise of X-Men. They aren’t so different. The best part of the film was the epic fight scene at the end when everyone puts aside their differences to fight the real bad guys — a classic superhero trope.

As a goodbye, Dark Phoenix didn’t leave audiences demanding more. It just…left us. Fox played it safe with its final X-Men film. It was enjoyable, but in the long run, I’m okay that it’s done. We got to see our favorite characters together, if not only to say, “See you later.” It was fun, but I do look forward to a possible completely new vision for the X-Men. X-Men, after all, belong to the Marvel Cinematic Universe. Anything could happen.

Meet the Cast of the HBO Max Original Show ‘The Staircase’

‘X-Men: First Class’ Failed Darwin and Here is Why