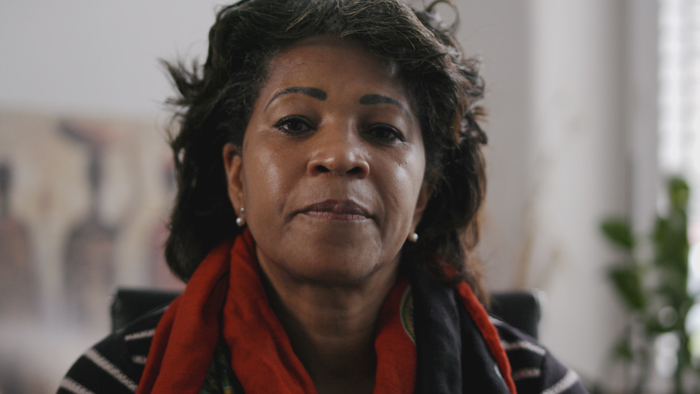 Amazon Studios’ Subnormal: A British Scandal takes a hard look at institutionalized racism in the British education system in the 1960s and ’70s. Directed and narrated by Lyttanya Shannon (The Naked Truth), the documentary uncovers the vile mistreatment of Black Caribbean immigrant children, who were labeled “educationally subnormal” (ESN).

In a series of interviews, adults who were labeled “educationally subnormal” as children, speak about their traumatic experiences, recalling painful memories of relentless bullying and racism. They’ve had to live with the shame borne of years of mistreatment at the hands of peers and teachers and being called stupid, slow, and backwards, which made them see themselves as inferior.

In the film, educator and activist Gus John says, “It has an impact in terms of self-image and self-esteem, because if you’re being sent to a school outside of your area, for no other reason than you are Black or Asian, and if you stayed where you should be, you would then impact the learning of other children, it tells you something about yourself.”

Immigrant parents were told by educators that their children needed to go to a special school. Thinking “special” meant higher learning levels, parents were misled and didn’t know the truth about where they were sending their kids to school. These parents trusted the education system, and as a result, their kids suffered lifelong negative effects, educationally and mentally.

Noel Gordon’s horrific visit to a dentist at age six led to him being wrongfully placed in a special school among kids with disabilities. He had undiagnosed sickle cell anemia, and something went terribly wrong during the dental procedure. Due to the state of his health, it was strongly recommended that he move to a state-run ESN school, even though he wasn’t mentally or physically disabled.

Subnormal examines how race was equated with intelligence, and how it was discovered that IQ tests didn’t take into account different cultures or languages. The cultural bias caused white people to have low expectations of Black students. Kids from the West Indies speaking Patois or Creole were thought to speak an inferior language in comparison to “the Queen’s English.” It was accepted that South Asian children spoke English as a second language and would receive help when needed, while Black children were cast out and put into ESN schools.

Maisie Barrett discusses her struggle with dyslexia, which was referred to as “word blindness.” She was taken out of mainstream school and sent to an ESN school. It wasn’t until she was tested by a Black social worker seven years later that she was diagnosed with dyslexia and told she was intelligent. Like Gordon, she made education a priority as an adult, becoming a successful author, although she still struggles with confidence.

Anne-Marie Simpson’s tearful interview is heartbreaking as she recounts how lost she felt after she migrated from Jamaica to England. A strained relationship with her family, plus isolation and unfair treatment, made Simpson feel completely alone. Like other Black kids at the time, the trauma of immigration was mistakenly written off as bad behavior. She’s now a social worker in special education.

Leaked documents proved that educators knew about the discrimination and did nothing about it. Immigrants, and their children, were considered a “social problem.” White parents didn’t want their children’s education to suffer due to the presence of Black kids in their classes.

The documentary briefly mentions the Black and white doll experiment, which showed that young Black girls desired to be white because that’s what they were taught is beautiful. In his book, Bernard Coard encouraged parents to teach their children about their culture and identity as Black people, inspiring confidence and pride in their culture. A staple throughout these movements is self-empowerment and being able to loudly say, “I’m Black, I’m Proud.”

Subnormal will ignite a slew of emotions, mainly anger and sadness. The abhorrent, blatant racism of British society infected schools and led to Black children being unjustly excised from schools, forever impacting their lives. It’s a hard watch, but an enlightening one as well.

Subnormal: A British Scandal premiered on BBC One on May 20. The documentary debuts on Amazon Prime Video on September 17.