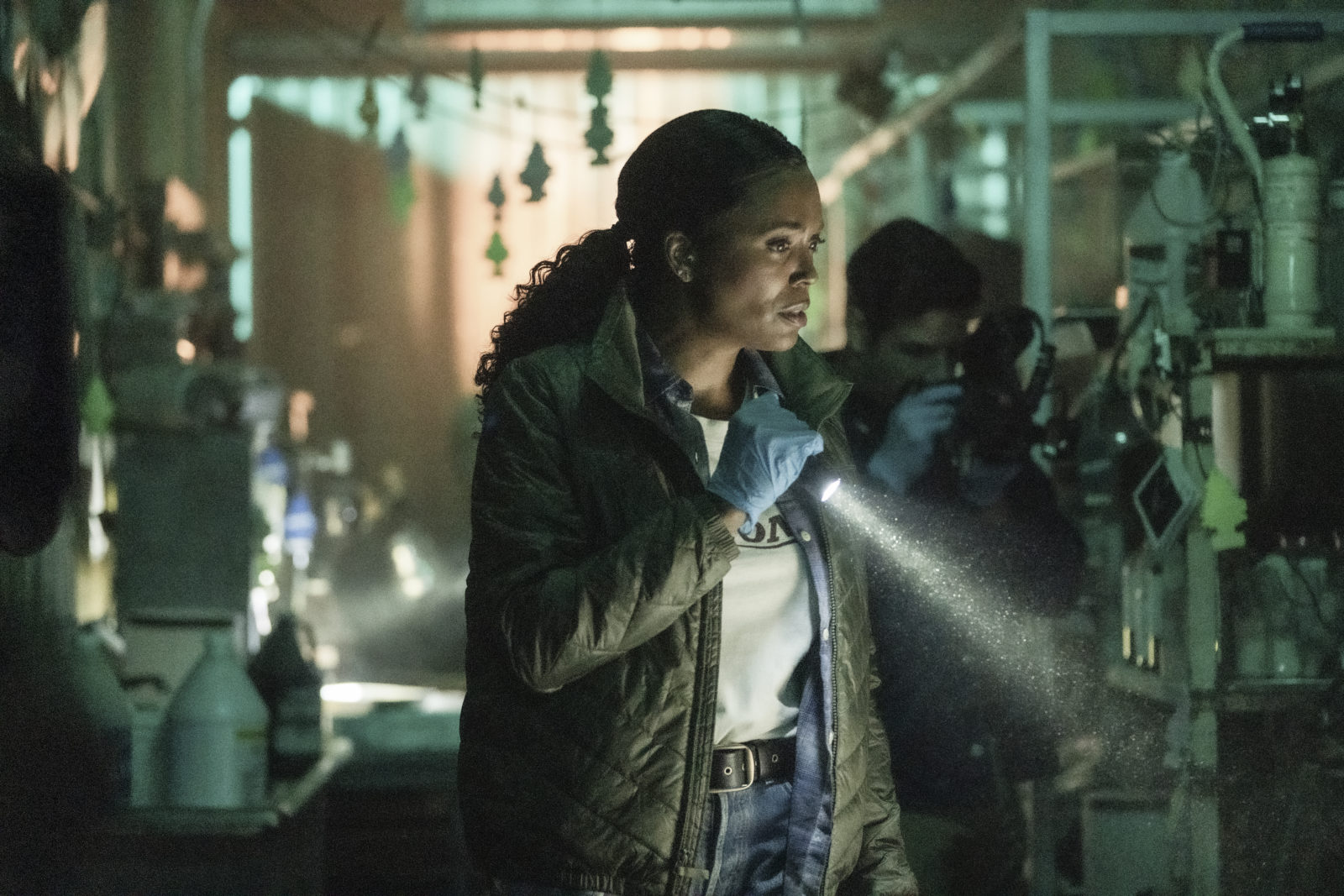 The long-running crime drama Criminal Minds came to an end in February 2020. A dip in ratings likely led to its cancellation on CBS. However, the series’ fanbase grew during the pandemic when everyone was quarantined and binge-watching it on Netflix. Showrunner Erica Messer took notice and, teaming with Criminal Minds writers Breen Frazier and Chris Barbour, and director Glenn Kershaw, a new chapter was born.

It doesn’t sound like it took much convincing to get the cast back together. Aisha Tyler told EW, “Our characters had more to communicate, more to accomplish, more evolution to be engaged in.”

The last time we saw the FBI’s Behavioral Analysis Unit (BAU) in Season 15, they’d just taken down the murderous chameleon con man Everett Lynch (Michael Mosley) and a few team members were about to make some big changes. Penelope Garcia (Kirsten Vangsness) was heading to work at a nonprofit and made a dinner date with former coworker Luke Alvez (Adam Rodriguez). Jennifer “JJ” Jareau (A.J. Cook) was considering a position at the New Orleans field office. Emily Prentiss (Paget Brewster) would remain Unit Chief, but she and her boyfriend Andrew Mendoza (Stephen Bishop) were looking to purchase land in Colorado. Both Dr. Tara Lewis (Aisha Tyler) and Matt Simmons (Daniel Henney) seemingly stayed with the team, while Dr. Spencer Reid (Matthew Gray Gubler) planned on juggling teaching and profiling. David Rossi (Joe Mantegna) thought about retiring and then didn’t.

Criminal Minds: Evolution begins in 2005, following the series’ mysterious unsub expertly played by Zach Gilford (The Midnight Club) as he prepares to kill his latest victim. We then jump ahead to present-day 2022 to someone who appears to be the same killer, but later we find out a larger operation is at work.

The remaining BAU members are mostly split up in different locations and working on different cases, but in true Criminal Minds fashion, it’s all connected in some way. Dr. Lewis inspects an abandoned shipping container filled with various killing tools, bones, and dead bodies from 2005 to 2020 (which happens to be the show’s initial run). A disheveled Rossi is holed up in a hotel room surrounded by bloody crime scene photos, while Prentiss, now the BAU Section Chief, is dealing with a new and very condescending deputy director. Luke and JJ connect with Rossi on his case, and Prentiss talks with Lewis about hers.

We get some exposition to catch us up on what’s gone down since 2020, mostly about the COVID-19 pandemic, which is central to the narrative. Turns out that when the world shuts down, serial killers have significantly fewer victims available to them, leading to the formation of an entire serial killer network.

Ms. Penelope Garcia is off doing her own thing away from all the trauma and death of the BAU. But since she’s the best of the best, she’s called in to help out with Rossi’s case in need of technical expertise. In Criminal Minds, Garcia was the glue holding the team together, so it’s a gift that Kirsten Vangsness reprised her role. However, we’re missing a couple of fan favorites.

The absence of Daniel Henney’s Matt Simmons and Matthew Gray Gubler’s Dr. Spencer Reid is noticeable. With Henney’s commitment to Amazon’s Wheel of Time, his absence isn’t much of a surprise. MGG always has projects in the works from acting to directing to writing children’s books. Their characters are definitely missed, but I can assure you that it doesn’t impact the quality of Evolution. It’s a solid cast with incredible chemistry who have had to adapt to many changes over the years, and they’ve always stayed strong.

One of the strengths of Criminal Minds has always been their dark storylines and depraved unsubs like Adam Rain, the guy who turned humans into live marionettes with disjointed bones (Season 8, Episode 10, “The Lesson”), or the woman who kept other women paralyzed and dressed them up like dolls (Season 5, Episode 12, “The Uncanny Valley”). The camera would cut away before we saw anything too gruesome, and Evolution does the same. It’s not a Dexter level of blood, but what we do see is slightly more graphic than the CBS run.

Of course, not being on network television opens up a lot of possibilities for the creators. The first two episodes don’t have a heavy amount of explicit language, but an unfiltered David Rossi just makes sense. At Paramount+’s Television Critics Association panel, Erica Messer said, “I feel like the dialogue feels more authentic in that sense of law enforcement.” If any profession warrants a curse word or several, it’s the FBI, especially all the wild and frustrating cases the (fictional) BAU constantly has to deal with. Everyone sort of has an edge to them since they’re all dealing with years of unresolved trauma. But the humor is still there, particularly when Garcia is around.

Criminal Minds: Evolution has hints of Mindhunter that give the series a darker tone fitting for the streaming world, but it doesn’t stray too far from its own aesthetic. It keeps all the things we love about the original series while expanding and introducing new elements, including music that’s much more ominous and atmospheric, that give it a more cinematic style.