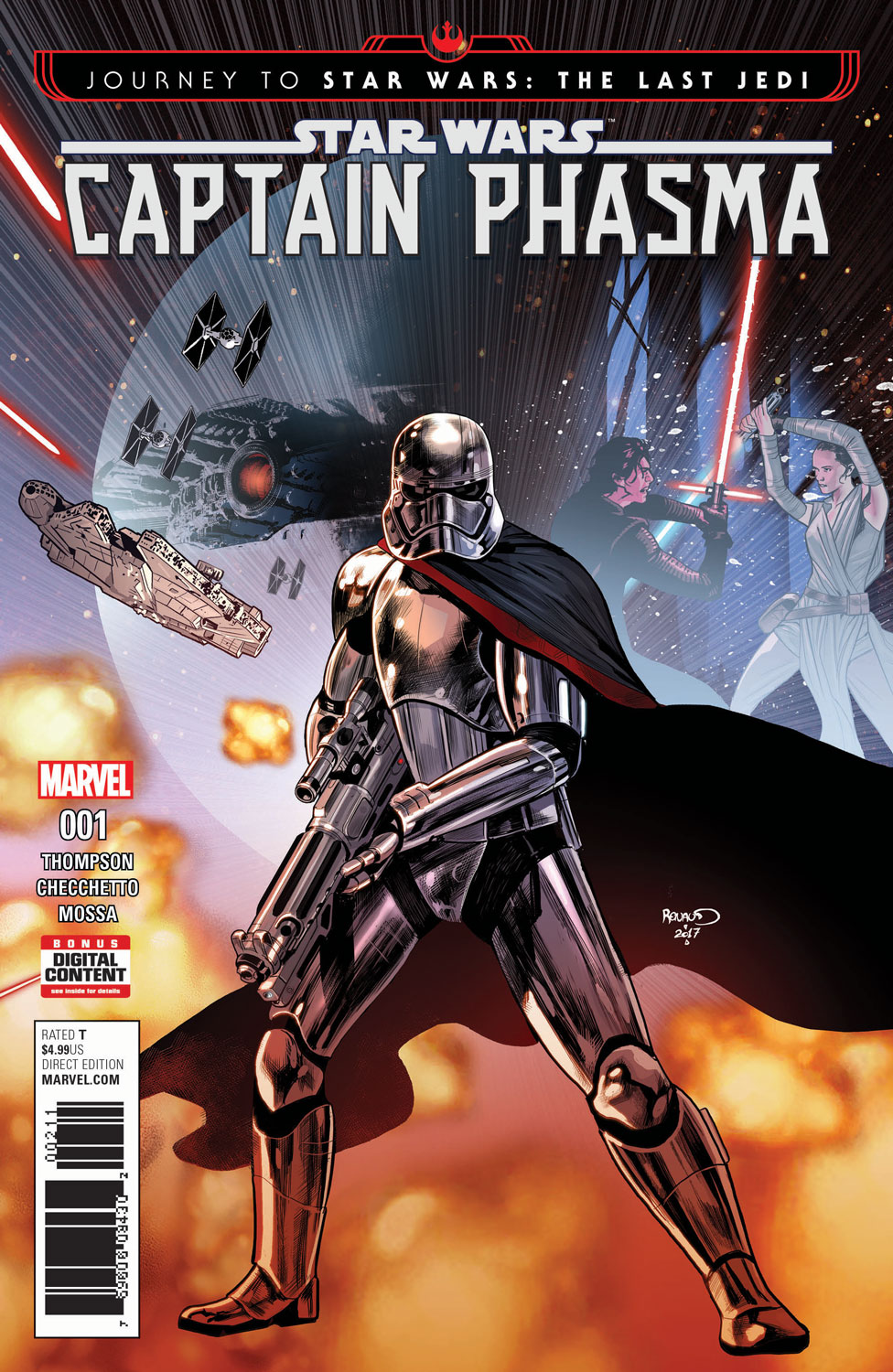 Captain Phasma was one of the breakout stars of The Force Awakens. However many fans were disappointed with how the character was utilized in the film. There has been lots of positive buzz about Phasma’s upcoming appearance in The Last Jedi, and this comic series is the bridge between her fate at the end of the FA and her role in The Last Jedi.

As BGN reported back in June, this series is part of the Journey To The Force Awakens line of books. This month also sees the release of the novel, Phasma by Delilah S. Dawson, but it is not required reading to enjoy this comic.

Ah! This comic is so good. The art is gorgeous! Marco Checchetto and Andres Mossa give this comic a glossy cinematic look that is a feast for the eyes.

The story opens with Phasma stepping from a trash compactor in the last 15 minutes before the activation of Starkiller Base. Phasma’s first action is to erase the logs showing who let down the shields so the Resistance could attack the base. In case you forgot, it was her, being persuaded by a cocky, blaster-wielding Finn and a very big Wookie.

Phasma isn’t in the clear, however. Another Imperial, Lt. Sol Rivas accessed the same records before Phasma could delete them, so his death becomes her next objective.

Kelly Thompson does a great job with this script. Though Phasma is not heavy on dialogue, the titular character’s moods are easily readable behind her armor, which shows a strong collaboration between artist and writer. Phasma shines in this series and evokes the reaction fans had when she first appeared in promos for The Force Awakens.

This comic also introduces the new First Order droid BB-9E and explains how he ends up as Phasma’s companion. I’m excited to see what other reveals this series will offer in the coming months.

After picking up Captain Phasma #1, check out this Behind the Pages look at its creation here on the Star Wars website.