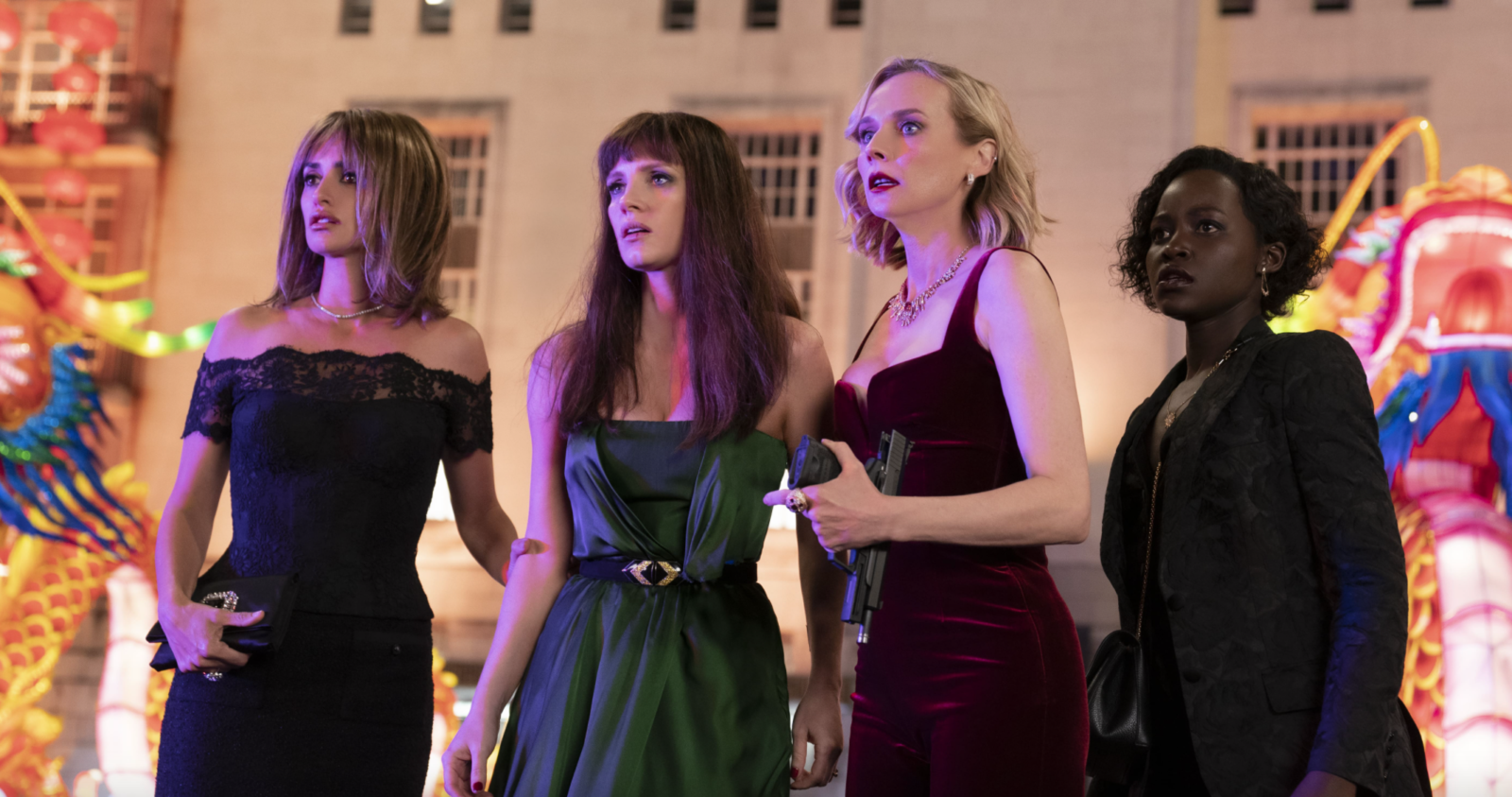 Directed by British filmmaker Simon Kinberg, who recently brought us Apple TV+’s Invasion and previously wrote the espionage rom-com Mr. & Mrs. Smith, is back with a new movie from Universal Pictures featuring a ragtag team of female spies called The 355.

The story, by Theresa Rebeck (NBC’s Smash Trouble), presents us with a spy thriller about a highly-classified weapon in the form of a disk that has fallen into the wrong hands. The freedom and safety of the world have now been compromised. Mason “Mace” Brown (Jessica Chastain) is a CIA agent on a mission in France with her lover and partner Nick (Sebastian Stan). However, things quickly go south when they are robbed by an unsuspecting German agent disguised as a waitress named Marie (Diane Kruger).  This scene sets the story in motion for our lead protagonists.  And in The 355, nothing is at all as it seems.

While at first it appears that Marie is our antagonist, proving herself to be a thief by stealing a knapsack filled with cash from Mace and Nick, it’s actually not money that Marie is after. It’s a disk of sensitive data that is a weapon. And when the plot unveils that Marie is in fact an agent as well, we learn that she inevitably has to join forces with Mace and Marie to work together to fight against a common enemy. However, help is needed in more ways than one, since this weapon is no ordinary weapon. It is some specialized tech that requires the use of someone with skills in computer science and data. As every contemporary spy thriller film has, the obligatory computer hacker plays their part. This is where we bring in Oscar-winning actor Lupita Nyong’o who plays the role of Khadijah in the film. Her London accent adds some additional cultural flair in addition to the many others.

Penélope Cruz, who recently gave a breathtaking performance in the Pedro Almodóvar film Parallel Mothers, plays an empathetic psychologist. What we get from Graciela (Cruz) is a woman forced into a dangerous situation that is beyond her control. She’s not a spy, she’s not in law enforcement, she’s just a psychologist caught up in this cat-and-mouse game, and she has to play along in order to keep her family back at home alive and safe. But she also has to think about the safety of the rest of the world.

Bingbing Fan depicts the character Lin Mi Sheng, who enters the mix as sort of the mole of the group. She’s tracking the movements of all of the women involved with this disk. Without giving away too much information about her character, she presents herself as one way in the beginning and turns out to be completely something else at the end.

The plot to The 355 isn’t anything extraordinary. In fact, it’s pretty weak, to be quite honest.  It is a hodgepodge of every spy thriller movie cliché you’ve ever watched. Double agents. Classified information that falls into villainous hands. The threat of national security. We’ve seen it all before. However, what makes The 355 exceptional is its intensity and action. If you’re coming to see a high-octane spy thriller with explosions, car chases, impressive fight choreography, shootouts, and more, you’re going to enjoy this.

As for notable moments in the film, I will give kudos for this movie being able to make me feel disdain for Sebastian Stan’s character, which is frankly a testament to his acting. Stan manages to pivot from being the lovable superhero Bucky, the Winter Soldier, to a guy with a punchable face in The 355.

Chastain and Kruger carry the weight of the film, Nyong’o, and Cruz are both strong supporting characters, while Fan makes a bold appearance. While I would have loved to see more of Fan in this movie, her character’s role served a useful purpose. I also would have liked to have seen a bit more of Khadijah’s hacking skills put to the test and even have her story developed a bit before she was thrown into the mix. Her character felt a bit rushed, which came across as too convenient to have a hacker on board to help out on this mission. Had we dug up some development there it would have worked. While the 122-minute running time felt long, some of the exposition at the beginning could have been shaved off since most of it was also revealed throughout the film. There would then have been more room for Khadijah.

There were some beautiful locations shot in The 355 from the City of Light, Paris, France, to the streets of Morocco. The wardrobes worn during the scenes shot in Morocco were gorgeous as well as the evening gowns worn during the art auction scenes. The 355 is a fun movie to watch that will keep you engaged. While the story doesn’t add anything new or significant to the espionage genre, it’s the thrill of the fast-paced action scenes and a charismatic ensemble that makes it worthwhile watching at least once.

The 355 is playing in theaters nationwide January 2022.