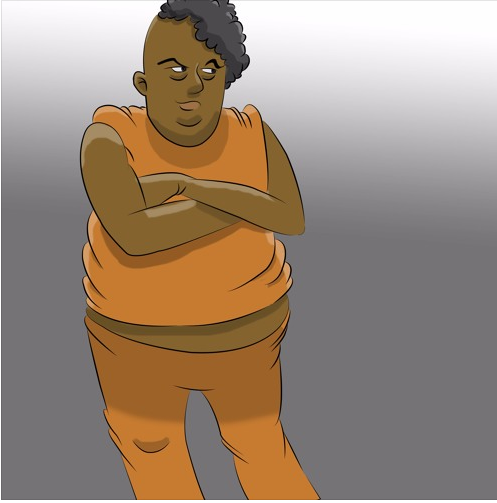 The series focuses on a number of women who have been imprisoned at an off-planet prison known as the Auxiliary Compliance Outpost for being “non-compliant.” Narrative arcs move back and forth through time, presenting how the women were arrested in the first place as well as their various experiences within the prison. Penny Rolle was sent to Bitch Planet because of habitual offenses including insubordination, multiple charges of assault, repeated citations for aesthetic offenses, capillary disfigurement, and wanton obesity.