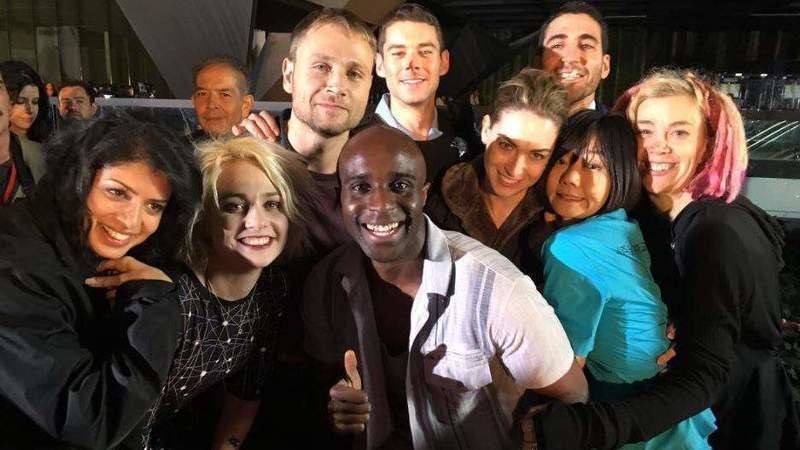 I’d been looking forward to the Sense8 finale since the heartbreaking news that Netflix had canceled one of television’s most beautiful and inclusive shows in history, but Anthony Bourdain died the day before the final episode was released. Losing a member of one’s cluster is never easy—even when it’s a far-removed celebrity member—and it took more than a week for me to shore up the strength to say goodbye to not just the eight sensates in the Wachowski Sisters’ incredible show, but also their gorgeous community of allies who have come together so powerfully (pun intended) to close out one of the best and most original shows of all time.

This was a hard one to let go, and the box of tissues I went through during my first watch of the finale is just a small testament how I felt about the end of this wild (emotional) rollercoaster ride along with Nomi, Sun, Lito, Riley, Capheus, Kala, Wolfgang, and Will these past couple years. 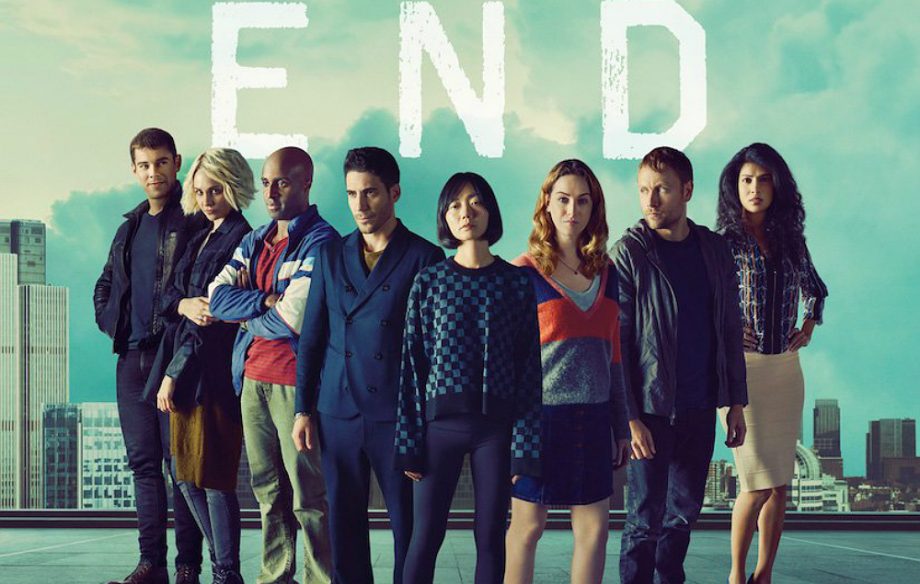 Sense8 wasn’t the first show to explore the highly empathic and sensitive personality—that would be Hannibal—but it was the first to make extreme empathy into a superpower held by an evolved human species, homo sensorium. For those of us highly sensitive folks, being this way often feels like more of a burden than a gift, so seeing the empathic sensates as they learned about, developed, and eventually came to love their connection to each other, using it for group benefit, was a dynamic that shifted over into my own real life.

I stopped apologizing for crying in public. I began setting and policing emotional boundaries in earnest. And while I’m still often overwhelmed by others’ emotions and the terrible things going on in the world, Sense8 helped me put a new framework to my emotional makeup that has made it easier for me to function in a world (and in America) that is going into dark territory and fast.

However, the shared empathic connection of these eight people around the world wasn’t the only limbic resonance that shook me. As a biracial Sri Lankan American Third Culture Kid—someone who spends their developmental years outside the home country/countries of their parents—I have direct links to people all over the world from different places I’ve lived.

My closest cluster of friends calls Sudbury, the Bay Area, New York City, Los Angeles, New Delhi, Kathmandu, Nayarit, Denver, Albuquerque, and many more places home. My extended cluster reaches Australia, New Zealand, Buenos Aires, Prague, Geneva, Vancouver, Texas, Islamabad, Toronto, and on and on. I’ve never had the opportunity to see Third-Culture-adjacent characters explore their connection in the way that many of us in real life experience too, just replace the telepathy and astral projection with Skype, What’s App, and other social media. From the first episode, Sense8 felt like the warmest and deepest soul hug of my life.

All of this gushing isn’t to say that Sense8 is perfect and that I loved all aspects of it. As a gun crime survivor, I found the extreme gun and other violence often excessive and always way too graphic. Coupled with my fear that something terrible would happen to one of the sensates and/or their allies was a great deal of provoked PTSD, especially in the episodes leading up to season endings and the ultimate finale.

As much as I love the premise of the show and these perfectly flawed three-dimensional characters, the level of on-screen violence has prevented me from being able to re-watch the whole thing from the beginning. The emotional and physical toll it takes on me is too immense at this point in human history, so instead of going back and refreshing over the violence I instead focus on the moments of pure beauty that have lingered with me long past all the blood and guts.

Two scene themes come to mind: Meals. And music. Watching the sensates experience each other’s love, pain, and joy around dinner tables and out dancing from huge distances was incredibly moving. The film production in these overlap interludes is breathtaking. By the finale, watching my beloveds sit around a table in person, dance together in person, had me ugly crying all over my apartment. I wasn’t exaggerating when I said I used an entire box of tissues finishing out the series. That eventually it wasn’t even just the sensates who had the opportunity to break bread and dance together in person as all of their allies joined to fill out the cluster was one of the most hopeful things I have seen in years. 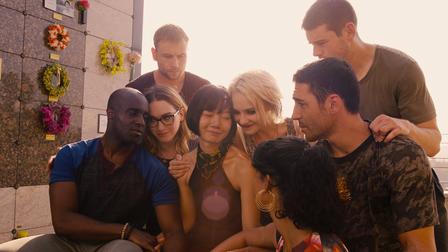 It was also beyond life-affirming to watch each sensates ally/allies come to grips with their loved one’s gift—some taking to the information easier than others, but everyone getting there eventually. I had chills after chills watching so much awareness dawn and seeing total acceptance and unconditional support in motion. I am newly devastated that Sense8 has been canceled because it would have been the most phenomenal third season having the sensates AND their friends, family, lovers all working together to keep each other loved, happy, and safe.

*Excuse me for a second while I crack open a fresh box of tissues.*

How do we say goodbye to an artwork that has raised the bar for what diversity in all its forms looks like on screen? And especially during these wicked times where children are stolen from their parents, lost indefinitely, all so that a would-be dictator can build a wall between the USA and our southern border? The message of Sense8 is clear: humans may have different languages, cultures, skin colors, and be fundamentally flawed individuals, but we can all still be connected through love and compassion if we choose.

Sense8 is a guidebook for a future without borders and the kinds of divisions that cause war, hate crimes, and harmful governmental policies. Sense8 is the future where love categorically wins. Yes, these days the sentiment that love will conquer anything feels like absolute fantasy and science fiction, and maybe even the most sci-fi aspect of a show about a new species of human. But Sense8 will continue to exist as a beacon and I hope to inspire an entirely new visual media genre with a particular focus on empathy and non-tokenized inclusion for all the kinds of people.

If you’re like me and been holding off watching the ending out of fear and sadness: Please stop what you’re doing and go watch it immediately. It is scary and hurts to say goodbye, but this goodbye isn’t final at all. The Wachowskis gave us the best finale of any show ever. We honor them and everyone who put their talent and love into Sense8 when we foster our own clusters on and offline. Unlike the sensates, we aren’t limited to eight. Go forth, connect, and let’s keep everyone coming together. *Winks*

Sezin Koehler is a biracial Sri Lankan American horror novelist whose writings have been featured on Wear Your Voice, Bitch Magazine, Teen Vogue, Broadly, Ravishly, The Mary Sue, Huffington Post, and more. You can find her Tweeting about politics, Facebooking about writing, and Instagramming her growing collection of art and tattoos.

‘Sense 8’ is Pride and Sci-Fi Romance in an Episode