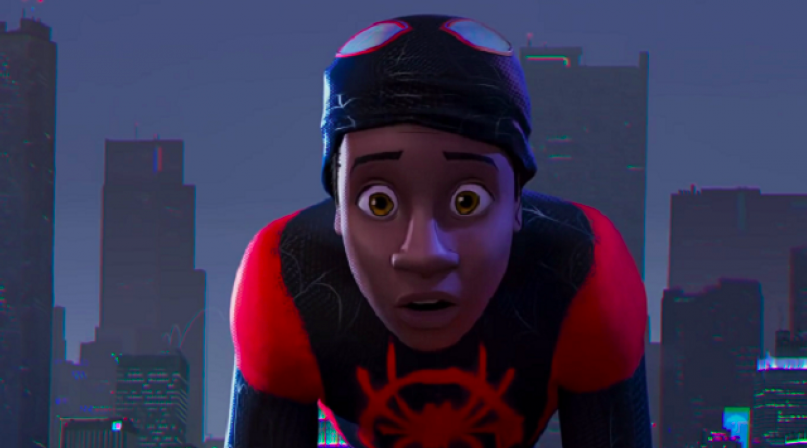 Spider-Man: Into the Spider-Verse is a computer-animated superhero film based on the Marvel Comics character Miles Morales aka Spider-Man, produced by Columbia Pictures and Sony Pictures Animation in association with Marvel, and distributed by Sony Pictures.

Today was the Sony Hall H presentation of the new film and we’re excited to share with you the takeaways we got from the panel.

Miles Morales was seen as an inspiring character to the production team and they wanted to tell the story of Spider-Man in a refreshing way, “Miles is a great start.” 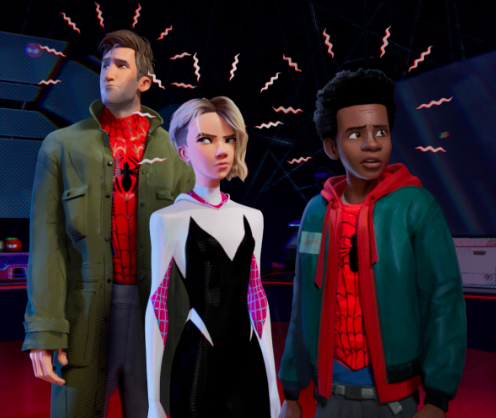 Stylistically it’s the first time the producers get to tell a story that actually looks like a comic book. “A movie that looks like nothing we’ve ever seen before.”

Shameik Moore is a great Miles. From the beginning seeing him in Dope, they knew he was the guy.

Shameik Moore says while filming Dope, he got a journal. “The front says I am Miles Morales. The back says I am Spider-Man.”

Jake Johnson plays Peter Parker. He’s a 40-year-old peter, with a bad back and all. Expect to see a chubby Peter Parker. He doesn’t know if he wants to continue being Spider-Man which should make for an interesting and compelling story arc. Miles wants him to be a mentor and Peter sees something special in Miles.

Shameik says, “Miles just needs a mentor. He’s just trying to be a normal kid. Then he gets bit by a spider, and gets some powers, and then he’s got people trying to kill him.”

“I get to play a female superhero. Not only that but the first Spider-Woman. It was fantastic playing a character like her.”

All of these characters are born out of tragedy and the cool thing about intersecting their stories is they find someone who gets what they’re going through. They have found their tribe.

The same idea of with great power comes great responsibility stems from Peter’s Spider-Man which has now transferred over to Miles, yet they are two very different characters.

The film is trying to bring some personality back to animation. Miles is a different type of Spider-Man so the filmmakers thought it appropriate to give him a different style to showcase. Intimacy of the panel on the page. The style is straight out of a comic book panel.

The Spider-Verse is all about asking what if these different stories intersected? What if these characters all met?

The unfinished clips were pretty fantastic to watch. The dialogue is on point, the art is amazing, there are like Spider-Man noir-like scenes voiced by Nicholas Cage, Kimiko Glen is Penny Parker with her robot and Spider-Ham voiced by John Mulaney.

Spider-Man: Into the Spider-Verse will be released December 14, 2018