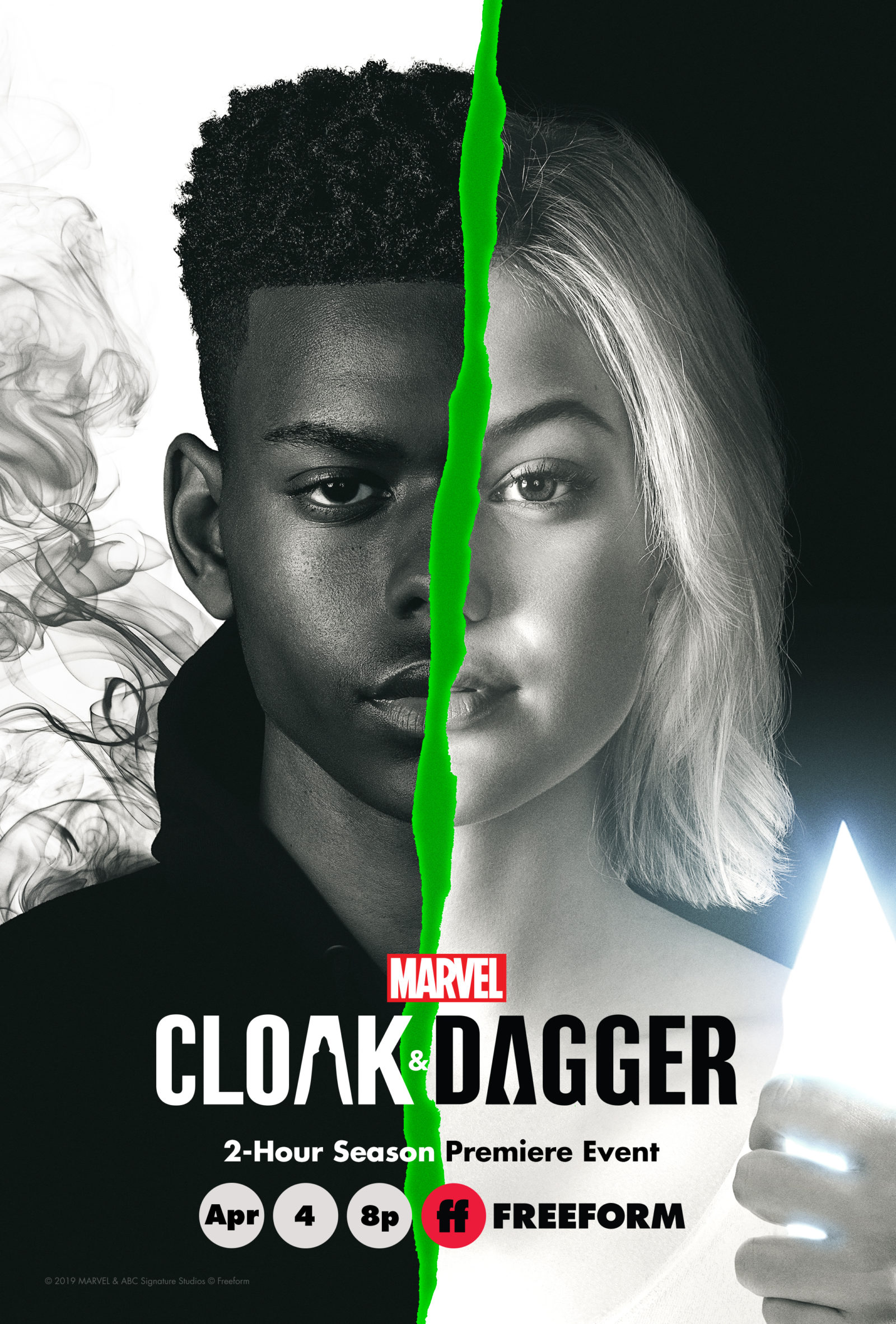 The new season of Cloak & Dagger takes a deeper look at the world around them.

The first season explored the lives of two broken teenagers. The series continues this thread and develops it even further. The social and political elements are pushed even more into the foreground. Aside from the social-political themes, a relationship begins to blossom and develops. The show in the new season will deal with a topic that almost no other superhero has dealt with before — human trafficking. A real-world problem, as we find out, Cloak and Dagger will be affected in a very specific way. By the end of the second episode, this will be the focal point that thrusts the issue into the spotlight and out of the shadows. The relationship will not lag too far behind the issues of the world.

The loveable duo Aubrey Joseph (Tyrone/Cloak) and Olivia Holt (Tandy/Dagger) will once again be reappearing on the small screen as our vigilante superheroes. The second season will have more heartbreaking and heartwarming narratives. Even the relationship between these two characters will continue to develop into a more profound connection. In the midst of the heart-wrenching story, these two teens will finally get a chance to explore being normal teenagers with one another. A classic movie night premieres in the future of these two superheroes. One film title begins with a Z and it has both a Cloak and a Dagger, all dressed in black.

The relationship between these two characters is a complex and ever-changing one. Things are hardly ever black and white, and their relationship is proof of just how deep friendship can go. Actor Aubrey Joseph tells us more about their relationship, “There was a moment in their lives when they both felt they had no one. Then they met each other, and they had a connection. This told them they have someone who cares enough about them to be their friend. There is no baggage, it’s just us, Tyrone and Tandy.”

Dagger has a profound effect on Cloak. She has influenced him in ways that are undetectable to Cloak. She changes him and in turn, he also changes Dagger. They complement and help each other develop a well-rounded perspective. Allowing each of them to see the world through the other’s eyes.

Joseph explains, “Tandy continues to help Tyrone learn new things. Tyrone is a kid with so much fear, and he sees a girl who has been shitted on and walks with no fear. Tandy does not let anyone see her insecurity. Tyrone sees and learns from her. The fear is no longer there, and he is more confident in his abilities. He learns so much from her.”

The powers they have are awakened with each other’s help.  Light and darkness, one cannot exist without the other, and this helps us to understand why they are so close on the screen. The relationship between light and dark seems so intrinsic that it would seem impossible for these two superheroes to not be together.

Aubrey Joseph came out and expressed how intimate their friendship really is, “If Dagger was ever taken away from him, he would do anything to get her back. He will not sleep until he gets Tandy back. This season something like this will happen. As much as they are their own person, they do not feel whole without each other. We see Ty taking on a protective role, and at this point, Tandy is like a sister.”

As much as people have enjoyed the first season of Cloak & Dagger for its groundedness, critics did want to see more action from comic book superheroes. These inquiries have been answered. As Joseph has mentioned, “I think it’s going to be crazier than what we can expect.” A more intense understanding of the Cloak will be explored further. What happens when someone enters the Cloak? Where do they go? What does it feel like? These are a few questions that the second season will explore.

Cloak & Dagger has an important message to reveal to its audiences this season. The relationship between Cloak and Dagger this season will go through hardships that will test their friendship. The theme of human suffering runs deep in this season. There are many twists and turn that will challenge and question the status quo of reality. The divine pairing will bring everything that it promises from the first episode of season two till the end.