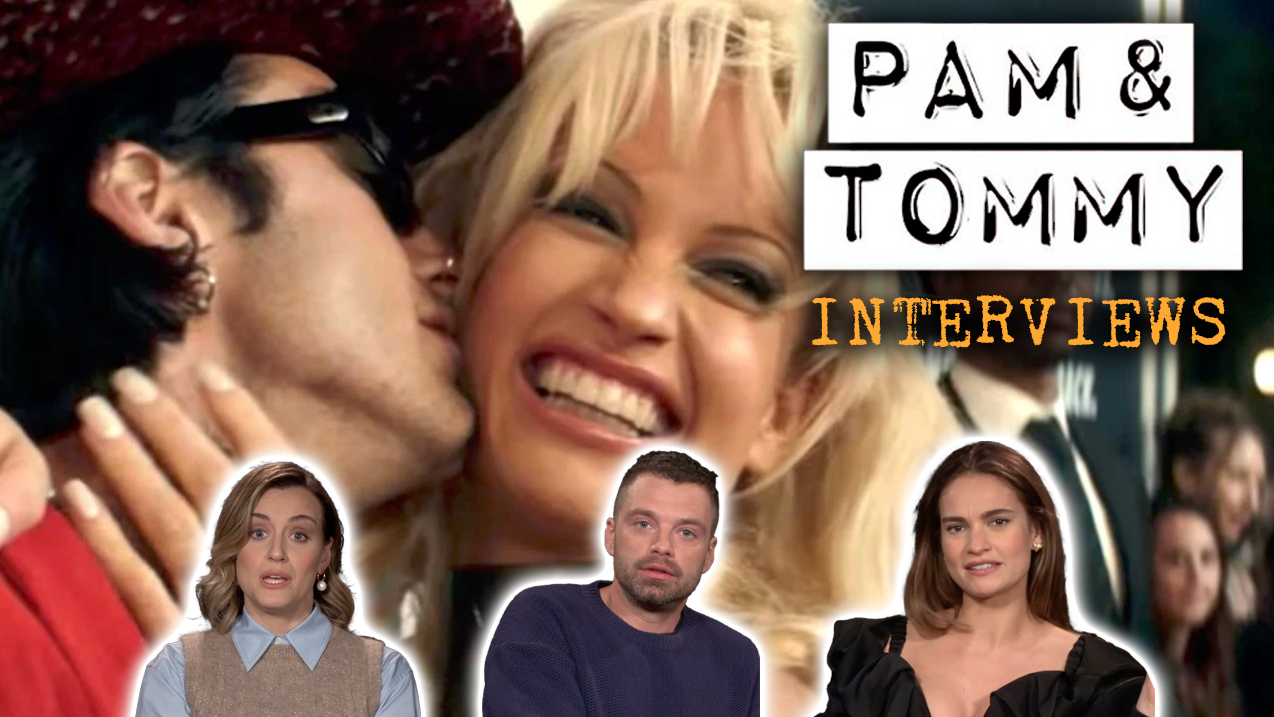 Featured in the interviews are Lily James, Sebastian Stan, and Taylor Schilling.

Set in the Wild West early days of the Internet, Pam & Tommy is based on the incredible true story of the Pamela Anderson (James) and Tommy Lee (Stan) sex tape. Stolen from the couple’s home by a disgruntled contractor (Seth Rogen), the video went from underground bootleg-VHS curiosity to full-blown global sensation when it hit the Web in 1997. A love story, crime caper, and cautionary tale rolled into one, the eight-part original limited series explores the intersection of privacy, technology, and celebrity, tracing the origins of our current reality TV era to a stolen tape seen by millions but meant just for an audience of just two.