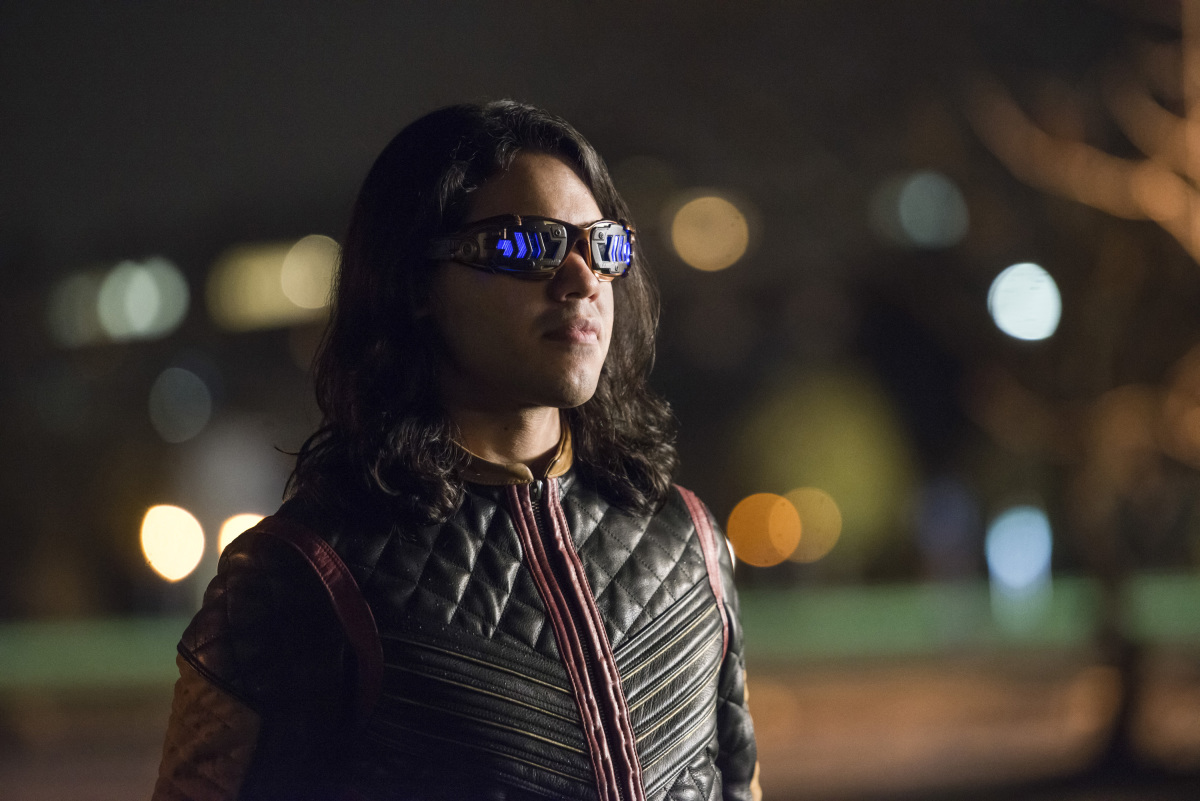 Cisco Ramon, you literally saved this show this week. After all the mediocrity that has been The Flash of late, you literally kicked mediocrity in its ass and made me laugh while doing so. This week, you flirted like a nerd god, wielded your powers like the badass that you are, cracked jokes, and proved that you’ve got everyone’s back. I think that my tiny crush on you has shot up to 100, and to show you my appreciation, I want to talk about what made you the GOAT this week.

Spoilers for The Flash “Dead or Alive”

You’re doing your darndest to save Iris West. While Iris West tracked down weapons traffickers like the boss that she is, you showed the team how you’re attempting to map out the future so that her impending death can be prevented. You’re all about business, but in a Cisco sort of way, setting up a diorama of the moments that lead to Iris’ death. Not only are you diligent in your task, but you don’t let haters bring you down from your mission. Even when Julian shat on your Iris-saving efforts with his “rousing pep talk,” as you put it, you insist on pushing forward to a solution.

You Flirt like a Nerd God. When law enforcer Gypsy shows up to take HR back to Earth 19, you recognize immediately that she is your kindred spirit. You ask her out for coffee or Thai food, and when she responds with a sassy smug smile and a blast of her vibe powers, you’re ok with that. You’re no f@ck boy, and getting bested by a woman upholding the laws of her world makes you awestruck and humbled, not salty. You like a strong woman and I appreciate that. Don’t listen to Caitlin Snow when she reprimands you for liking dangerous, nasty women.

You’re a Good Listener. When HR explains why he broke his Earth’s rules, risking his life to be on Team Flash, you listen to him. You put all your past irritations with him to the side and prove yourself to be an excellent human being by showing empathy and compassion. Cisco, you are loyal, loyal to your friends and to your team. That’s why it’s no surprise when you decide that HR can’t return to Earth 19 to face certain death for breaking the law against dimensional travel.

You’re Brave AF. Cisco, you are a brave man. I’m not sure if I would have volunteered to fight Gypsy after seeing how well she wields her Vibe powers. You did, though, agreeing to Earth-19’s rule to battle to the death to save HR’s life. Though you were nervous during the 24 hours before your showdown with Gypsy, you prepare yourself by training and relying on the confidence of your friends. (How Neville Longbottom of you.) When your training sessions don’t go well, and Barry and HR muck things up by trying to take Gypsy out themselves, you call Barry out on his sh!t. I love that about you; that you call Barry out on his sh!t frequently and consistently and the two of you can remain friends.

You are good at keeping things light. When you show up to fight Gypsy, you somehow keep it playful. You crack jokes while you get your butt kicked, give her googly eyes while she threatens to toss you into a volcanic abyss, and make witty small talk when things get serious. You are a whimsical, nerdy, science-man-beast and I heart you for that. I get the feeling that Gypsy did too, which is probably why after you defeat her and spare her life, she taunts you with an air kiss before dimension traveling back to Earth 19.

You saved HR’s life. You did this because you’re a superhero, plain and simple.

So, keep vibin’ and tossing those — as HR likes to say — lustrous locks. You are the GOAT!