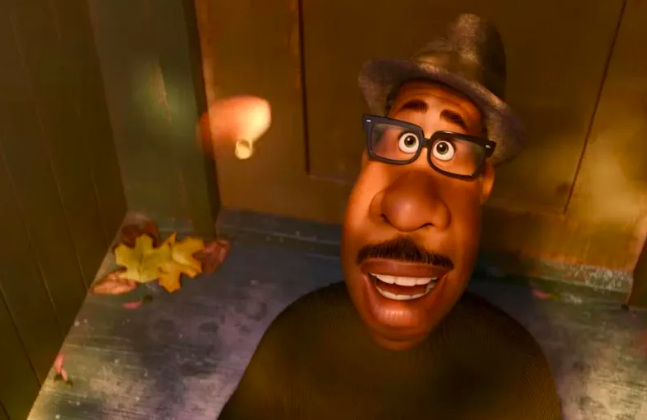 Soul is the latest project from Pixar Animation Studio. The BGN family is all very excited about the film, not only for the story but also for the fact that it features the first Black character to lead a Pixar film.

The film follows Joe, played by Jamie Foxx, a middle-school band teacher whose life hasn’t gone the way he expected. His true passion is jazz, and he’s really good. In a freak accident, Joe finds himself no longer among the living, but in a realm of souls who will one day make it to Earth. Desperate to get back to his body, Joe finds an infant soul. The only way to help himself is to help her understand what it means to be alive. The cornerstone of the story is a soul who doesn’t want to live and looks down on Earth with skepticism meeting a soul who doesn’t want to die.

The filmmakers behind Soul spent four and a half years working on this film. The film is co-directed and co-written by Pete Docter and Kemp Powers. In an early presentation of the film, the filmmakers expressed how they loved the idea and were ready to go, but the first problem they encountered was what does a soul look like? The team did a lot of research looking into teachings, the many philosophies, and traditions around the world.

“What we found most was that people described the soul as vapor, nonphysical, formless, breath, air. All very interesting, but not very helpful because, how do you draw air?” said Docter at a recent press conference with the members of the team.

After more research, the team found a material called Aerogel, which is the lightest solid material on Earth. While it’s used by the aerospace industry, the Pixar team made it work to their benefit.

“It seemed to suggest the nonphysical stuff our research would talk about, but in a way, we could put on screen,” said producer Dana Murray.

A lot of artists tried their best to create something cool and fresh, but it wasn’t until Docter made something with a little more “humanity,” that they found what they were looking for.

“The eyes and faces and the expressions made them more appealing, and we were able to see what they were thinking, which is, of course, crucial for animation,” said Docter. It was then they added color to the soul. “We developed a whole new technique we had never done before. We created these lines around the edges that could define all the articulation that might otherwise be too fuzzy to see,” said Murray. After months and months, they finally found their characters.

The other half of the Soul story was the main character Joe. The team needed Joe’s life on Earth to be the center of the film if he was going to have any luck convincing a young soul how great Earth is.

“Almost by fate, we found this video from an online master class by jazz legend Herbie Hancock. We thought jazz is the perfect representation. So, we thought Joe has to be a jazz musician,” stated Docter.

Jazz was the perfect metaphor. The team partnered with talents like Jon Batiste, Trent Reznor, and Atticus Ross. It was a perfect match for the film. One of the Pixar consultants on the film referred to jazz as “Black improvisational music,” and that’s when they knew the main character needed to be Black. Cue Kemp Powers, the acclaimed screenwriter, and playwright.

Powers came onto the project when the film was still in the rough stages. “Joe was a character who needed a lot of fleshing out,” said Powers. “Thankfully, Joe, as we envisioned him, the character, and I had a lot in common. I realized that in many ways Joe was me.” Powers was able to use a lot of his own experience to create the character.

There were lots of discussions and meetings about Joe. Conversations centered on where he grew up, important people in his life, his ticks, his dreams, etc. The research took the team into barbershops, New York City, public schools, and jazz clubs.

“The research and my personal experience definitely helped develop Joe in the story,” said Powers. To make sure that people understood that he wasn’t meant to represent every single Black person’s experience, the Pixar team reached out and partnered with several consultants throughout the entire process. “This wasn’t a rubber-stamping situation,” said Powers. “They were part of the development the entire time.”

To make sure their representation was as genuine as possible, the team turned to tons of experts outside of Pixar as well. Other consultants included music teachers, working jazz musicians from New York City and Emeryville, and well-known cultural consultants, such as Dr. Johnetta Cole, Bradford Young, Ahmir “Questlove” Thompson, and Daveed Diggs. With their help, Joe was born.

This reviewer is always amazed by the amount of research that takes part in an animated film — even more so for Pixar’s first Black male lead character. The soul and the life of a Black man in New York are the centerpieces of Soul and were seemingly the hardest to figure out. Pixar is known for its great storytelling and dedication to their films, so what was shared in this press briefing was probably only the tip of the iceberg. The detail, care, and patience that goes into every part of the story are what makes Pixar films so special.