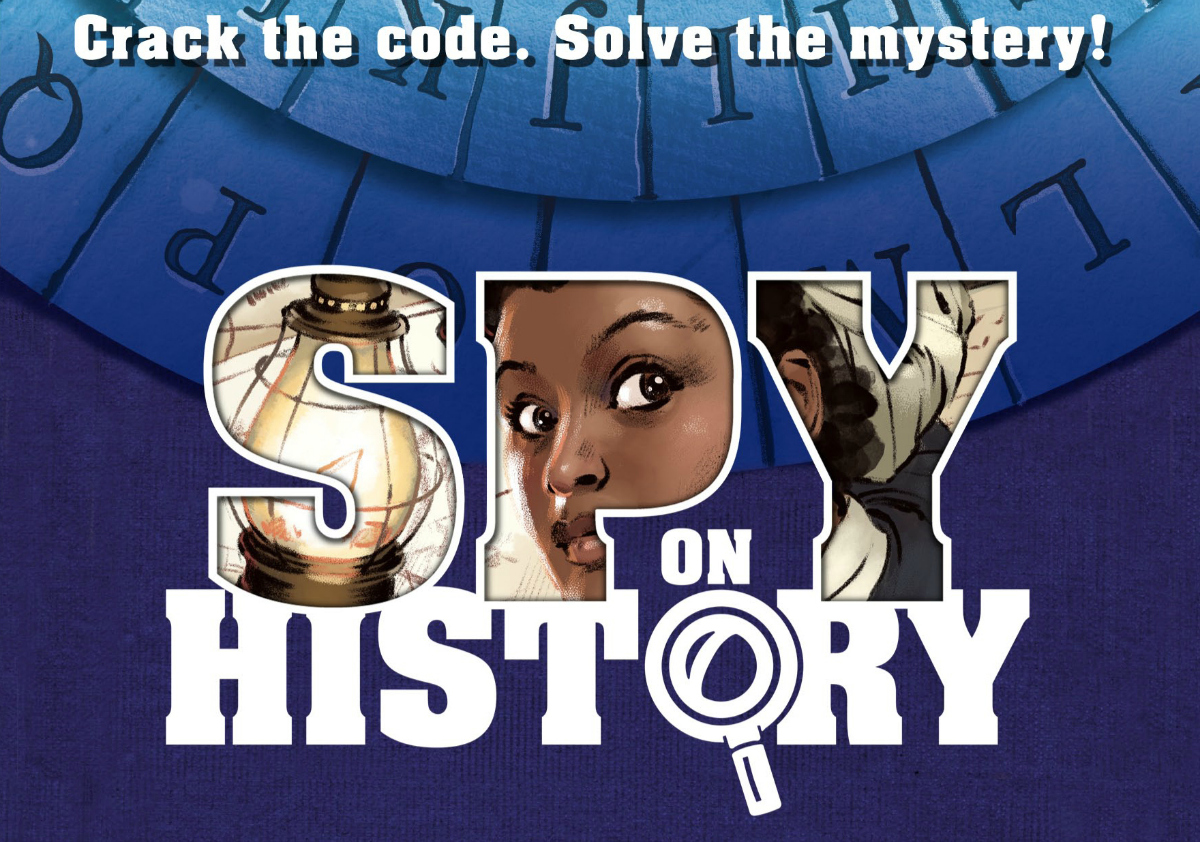 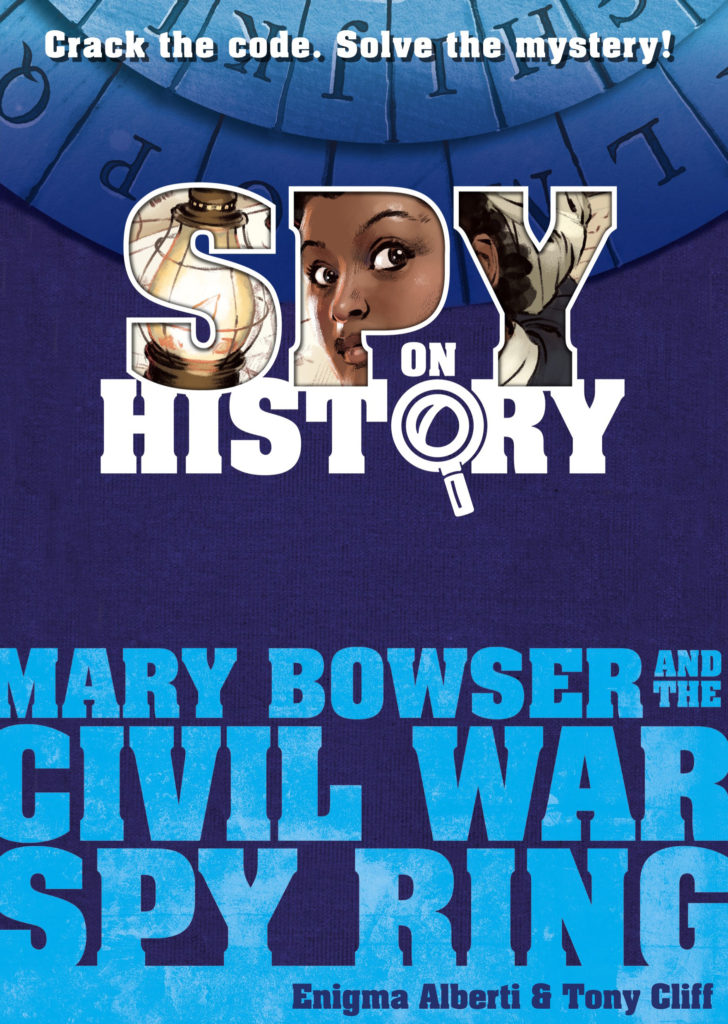 Spy on History series is an interactive series for children aged 10 & up. The first in the series is about real life Mary Bowser, a free African American who worked as a spy in the Confederate White House during the Civil war. This is a book with great storytelling using real factual accounts of what is known about this brave woman.

As a free woman, Mary leaves her teaching career in Liberia to reunite and wed her sweetheart, Wilson Bowser, in Richmond. The day after their marriage, Virginia secedes from the US, and the Southern states break away from the Union. The Confederacy is born, and Bet Van Lew, who freed Mary as a child, asks her a life-changing question. She asks her to take a job as a maid in the Confederate White House. Understanding the difference she can make, she accepts and acts as an inside spy to pass on intelligence information to the Union. 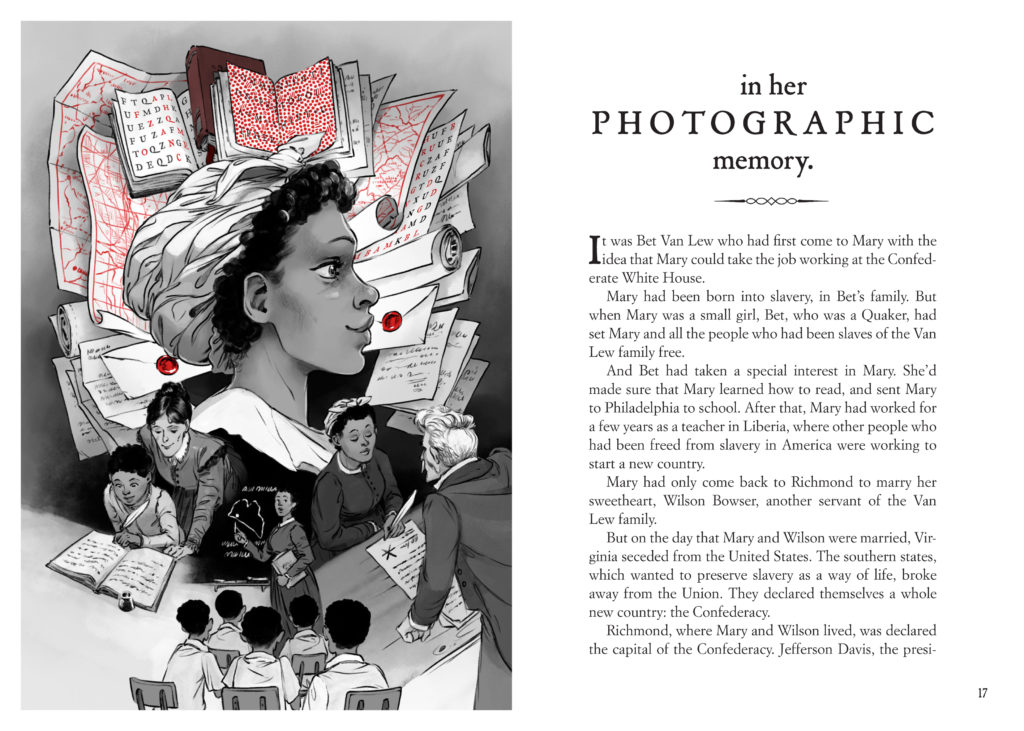 Now, if this isn’t the ultimate BGN book for a child, then I don’t know what is! A daring female central protagonist that is a spy, and she’s a historical figure! Alongside it being a great story, this will rise to the challenge to any curious-minded wannabe spies.  At 33 years old, I’m ashamed to say that this book nearly defeated me after a whole morning of trying to crack the codes — I was so tempted to break the seal for all the answers.

I grew up loving interactive books like this, and it was a great way to put the laptop and other technology down for a moment and just get the brain in gear. The clues and codes are of varying abilities, and the clues are placed in crafty and creative ways embedded in the beautiful illustrations and text. This isn’t a book children will want to put down quickly. 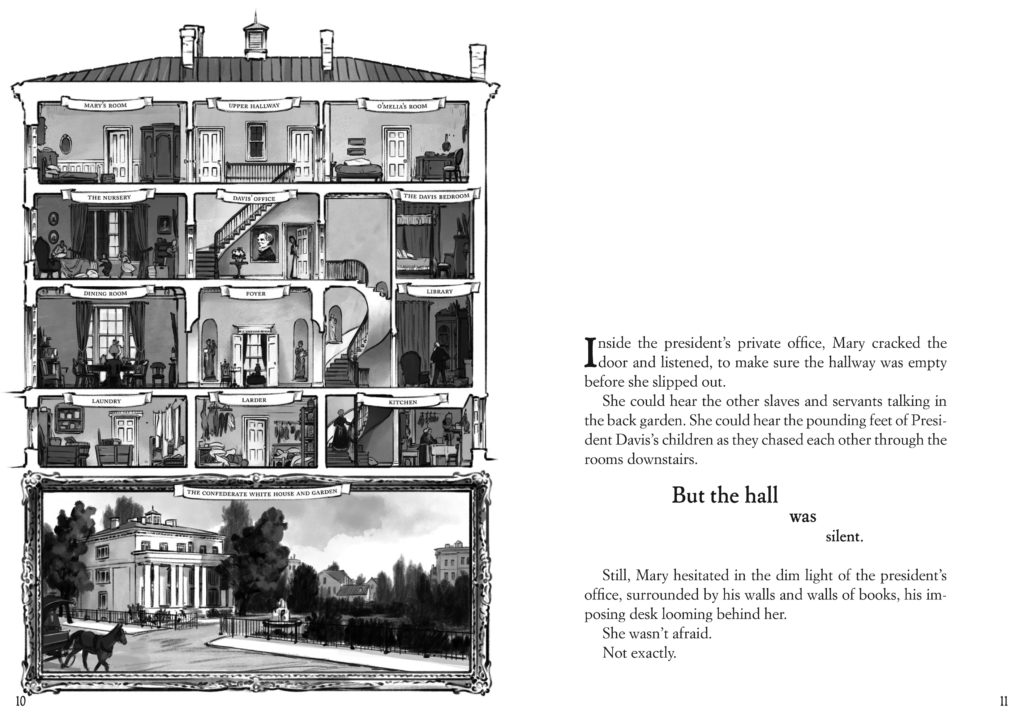 A spy kit is inside an envelope including a replica of a Civil War cipher wheel, a red veneer for searching for codes within the red images, and other materials. The answers are all sealed with a red stamp stopping you from taking a sneak peek at the answers. Upon breaking the seal, there were definitely a number of clues I totally missed, so have those hawk eyes focused and be on the lookout all the time.

There are no direct questions or hints on what page the clues might be on, and there’s a clear focus on the challenge of ensuring children are being independent in finding the clues and codes (which definitely stepped it up from books in my childhood years).

Brilliant work. I definitely look forward to seeing more in the series.

Catrina Walters is from the UK, London and works abroad as a high school teacher, teaching film and design in Spain in a pursuit to improve her bad Spanish. She’s a serial traveler and has lived in Hong Kong and El Salvador (yes, murder central!). She binge watches TV shows, take photographs and blogs occasionally about her traveling adventures. Twitter: GlobetrotCat Instagram: Globetrottingcat