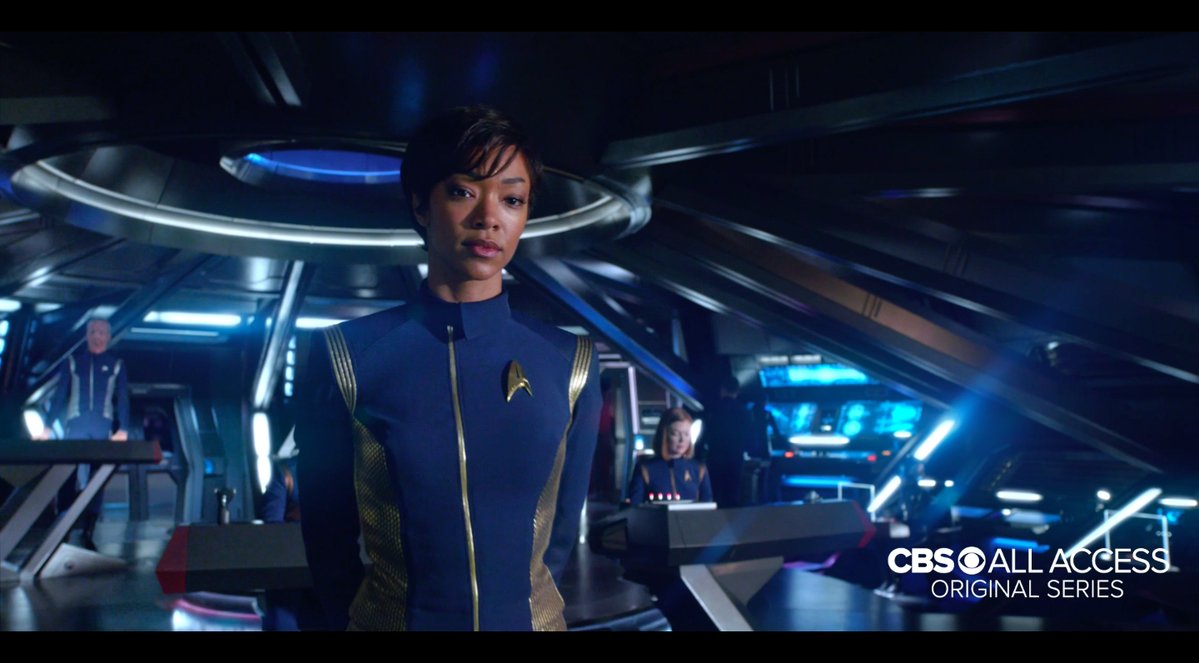 Star Trek: The Original Series aired in 1966 and has long been considered progressive in both its casting and its storylines. Nyota Uhura, an African woman, served proudly on the bridge as part of its multicultural crew. 50 years later we have a new series, Star Trek: Discovery, led by a Black woman, Sonequa Martin-Green.

In addition to The Original Series, there have been 4 Star Trek series. All have tackled social issues such as racism, misogyny, genocide, slavery, discrimination, and religious tolerance. The original series introduced the first interracial on-screen kiss. With this rich history of forward-thinking and creating a more enlightening future, having a Black woman be the lead of new series shouldn’t be an issue. Having a 54-year-old Asian woman captain, which is groundbreaking on 2 fronts, shouldn’t be an issue. Yet it has been. From the casting news to the teaser trailer, racist fans have made their displeasure about this series and its casting known. Martin-Green recently broke her silence to deliver a message to these fans:

“Well, I would encourage them to key into the essence and spirit of Star Trek that has made it the legacy it is — and that’s looking across the way to the person sitting in front of you and realizing you are the same, that they are not separate from you, and we are all one,” she said before speaking about the essence of Star Trek. “That’s something Star Trek has always upheld and I completely believe that is why it’s been a mainstay in society in the hearts of so many people for so many decades. I would encourage them to look past their opinions and social conditioning and key into what we’re doing here — which is telling a story about humanity that will hopefully bring us all together.”

It’s not surprising but it is discouraging that aliens are more accepted than women of color in certain areas of the science fiction fandom. Martin-Green should not have to defend her place in the Star Trek universe. She expanded upon her statement:

She continued by referencing her feelings about the importance of the role.

“I’m incredibly proud to be the lead of this show and be at the forefront of an iteration of Star Trek that’s from the eyes of a black woman that’s never been done before, though obviously there’s been other forms of diversity that have been innovated by Trek. I feel like we’re taking another step forward, which I think all stories should do. We should go boldly where nobody has gone before and stay true to that.”