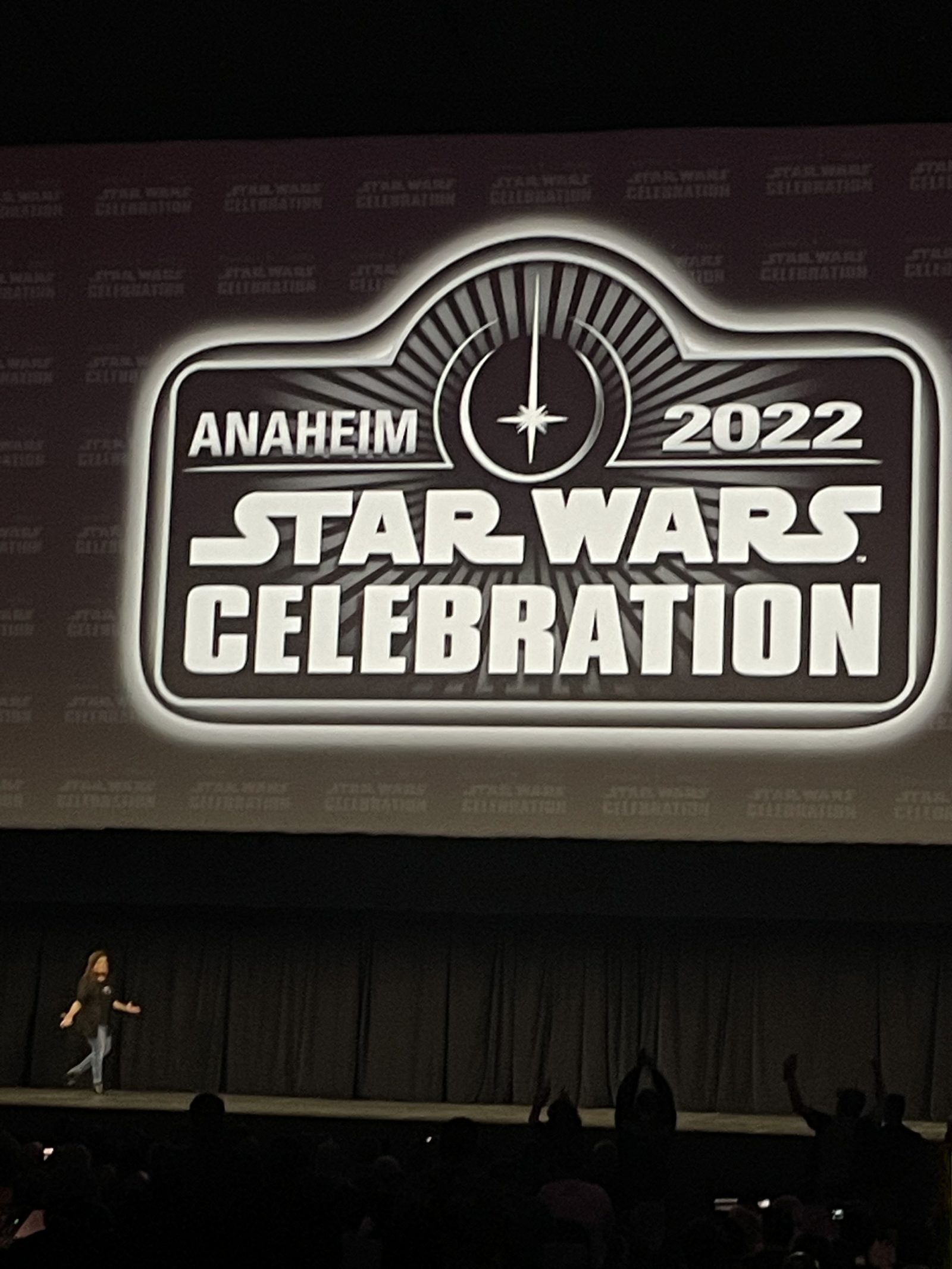 Star Wars Celebration returns, this time at the Anaheim Convention Center area just a hop skip and jump away from Disneyland. Lucasfilm’s current crop of live-action filmmakers presented their slate of upcoming adventures including Obi-Wan Kenobi, Andor, and The Mandalorian.

Yvette Nicole Brown Opens the Show as Host and Moderator

The first event on Thursday opened with actor/comedian Yvette Nicole Brown who can currently be seen in the Disney+ series Big Shot. She introduced long time Lucasfilm executive Kathleen Kennedy.

The impending Disney + series Obi-Wan Kenobi makes its debut on Disney+ May 27th. Director Deborah Chow along with the cast came on stage to briefly chat about the impending series with fans during celebration. The fans roared in the crowd when actor Ewan McGregor appeared onstage. When asked about his thoughts of reprising the role he says, “It was really special to come back to play him in the last 6 years. It was fun to take Obi-Wan from Alec Guinness — a padawan to a more darker broken place which was more challenging.”

Hayden Christensen added, “it was great to pick up the lightsaber again”.

Diego Luna Says There Will Be Selfish Side to Cassian Andor

The Disney+ series Andor is scheduled to premiere in August of this year. The series will rewind 5 years back from where Rogue One started. Shooting will begin in November and production will shoot a total of 12 episodes. The final scene will walk you into the beginning of Rogue One. According to actor Diego Luna, who made an appearance at Celebration, he says, “you will not recognize Cassian, he is a selfish man in the beginning.”

Solo director Ron Howard and Jonathan Kasdan, son of Lawrence Kasdan presented the film Willow. It has been 35 years since the film made its debut and it is now back for fans to consume on Disney+. This time, the story takes place 20 years after the movie and three new heroines will be introduced in the new series. Ellie Bamber, Ruby Cruz and Erin Kellyman will join the cast.

And of course Warwick Davis will return to his titular role. Joanne Walley also made an appearance and will also be reprising her role as Sorsha. Willow premieres Nov 30th.

Not much was said about Ashoka other than an appearance from Rosario Dawson from the set who couldn’t make it to Anaheim in person to announce the series. Fans of the character, who made an appearance in The Mandalorian will certainly be hyped for her series.

Filmmakers Jon Watts and Chris Ford were tight lipped but gave some background on Skeleton Crew, and new series centered around kids, but made it very clear that this is not a kids show. So think of Stranger Things if you will. The series will star actor Jude Law. Not one of the kids, of course. Shooting starts soon and its scheduled to premiere next year.

John Williams stunned audiences on his birthday playing the new theme song to Obi-Wan Kenobi. He also dazzled fans by playing oldies but goodies such as the theme some to Raiders of the Lost Ark and our favorite Star Wars theme. Harrison Ford magically shows up and tells fans how incredible it has been to work with him all of these years and also provides a date for his next Indiana Jones film which is scheduled to be released June 30th 2023.

Star Wars Celebration runs Thursday until Sunday of this week.