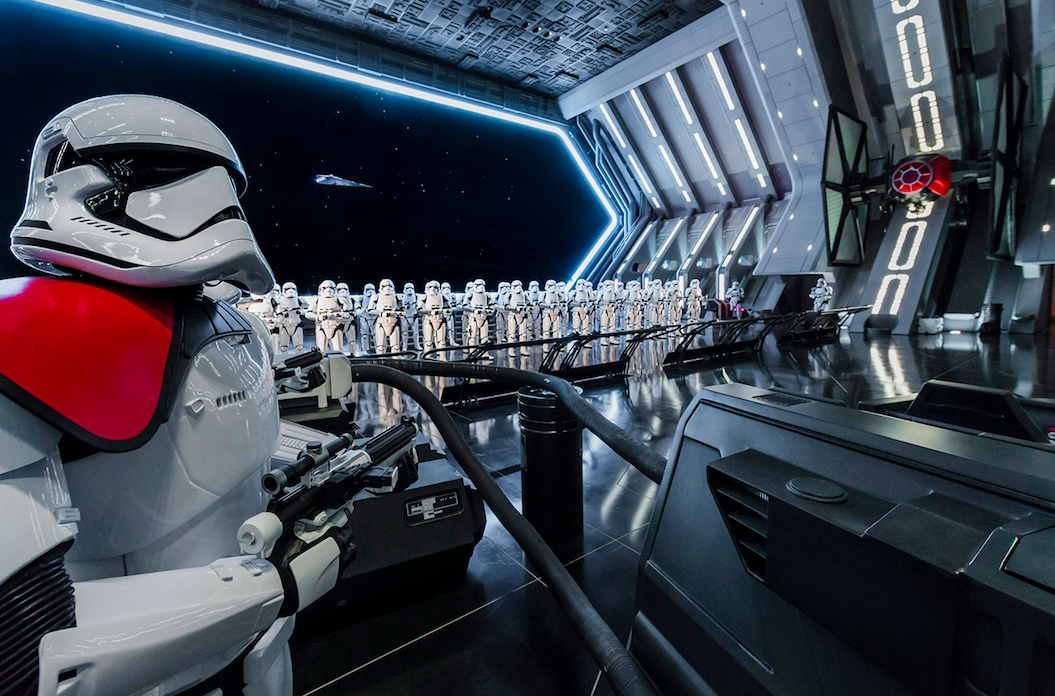 In a galaxy far, far away there was a place where Mickey Mouse and company meet characters like Rey, Finn, Poe, and so much more at the new Rise of the Resistance theme park opening this week at Disney World!

We’re excited to explore and share this media preview event with you again this time at Walt Disney World resort in Florida for the Rise of the Resistance premiere! Earlier this year, BGN took a trip to Disneyland in California for the unveiling Star Wars: Galaxy’s Edge. We experienced one of its most popular attractions: Millennium Falcon: Smugglers Run and enjoyed delicious food and refreshments at places like Oga’s Cantina and Ronto Roasters.

We’re excited to take a look at the new 14-acre land inside Disney’s Hollywood Studios at Walt Disney World Resort in Florida.

Here’s a brief description of the Resistance Experience according to WDW Events:

Guests exploring Star Wars: Galaxy’s Edge find the Resistance’s temporary encampment in the forested area along the outskirts of Black Spire Outpost on Batuu. The gateway to the encampment is marked by a large turret. From there, a pathway leads deeper into the forest toward towering cliffs and the crumbling remains of an ancient civilization. Guests weave through low stone walls, timeworn pillars, and tight corridors as they progress farther into the base, hearing military communications chatter along the way.

In a makeshift briefing room, Rey – a hero of the cause – appears via holo-transmission alongside dutiful droid BB-8 to welcome the new Resistance recruits. She shares a plan to reunite with General Leia Organa at an off-planet location that must be kept secret from the First Order. Guests then board a nearby Intersystem Transport Ship (I-TS) and have to make their rendezvous quickly to avoid a First Order Star Destroyer on its way to Batuu.

The attraction features grand set pieces – including the hangar bay that is filled with 50 menacing stormtroopers and a docked TIE fighter. At various points, guests dodge blaster bolts from stormtroopers and AT-AT walkers, scurry past huge turbolaser cannons, and stumble into the Star Destroyer’s bridge. Throughout their journey, guests are hunted by Kylo Ren, who uses the Force in an attempt to pry from their minds the location of General Organa’s secret base. Guests feel Ren’s tremendous malevolent power as they narrowly avoid his attacks.

Black Girl Nerds have been invited to the party! Follow our posts this week on all of our socials as we capture the highlights of the new theme park.

Check out these socials below to stay updated on the latest coming out of today’s preview of Star Wars: Rise of the Resistance and may the force be with you!

Star Wars: Rise of the Resistance will open Jan. 17, 2020, at Disneyland Park in California.