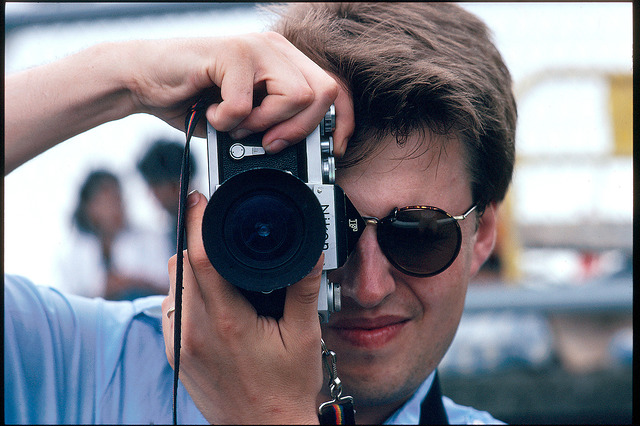 In 1974, when he was just 20 years old, author of the Millennium Trilogy Stieg Larsson wanted to write his thesis about Nazis in Sweden and the growing threat of the fascist far-right. His professor told him that Nazis were a thing of the past and to pick another topic. Almost as if he had Cassandra’s gift of foresight, along with her determination to keep pointing out what she sees even when disbelieved, Larsson doggedly maintained his work identifying and researching the renewed and steady rise of Nazis. In Henrik Georgsson’s outstanding documentary Stieg Larsson: The Man Who Played with Fire which premiered this past week at Sundance, we learn about the man behind Lisbeth Salander, of the most iconic characters of recent generations.

I’ve been obsessed with the Millennium Trilogy since I first read the books in 2010. Until The Man Who Played with Fire, I didn’t realize how much of those epic stories were based on Larsson’s own life, research, and work experiences. Told through archival footage, reenactments, and interviews with Larsson’s life companion, family, and colleagues, The Man Who Played With Fire presents a frank portrait of the passion project that drove Larsson’s adult life: exposing the Nazis and fascists whose resurgence in Sweden and around Europe he predicted in concrete ways. With facts, and data. 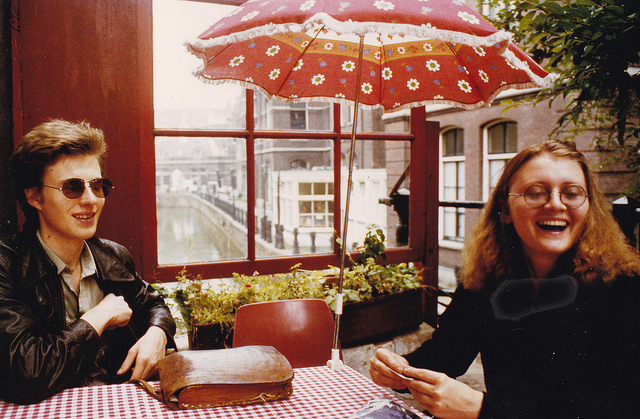 From the book he co-wrote with Anna-Lena Lodenius The Extreme Right, which outlined the depth and breadth of the Nazi and fascist problem in 1991, to his work founding the anti-fascist magazine Expo, Larsson was like a modern-day Nazi hunter. A meticulous researcher with a keen mind, eye for detail, and of course exceptional writing skills, what began as a product of his upbringing became his driving passion. A war he desperately wanted to win, but that ended up killing him instead.

Larsson was raised by his grandparents as his parents sought better opportunities in the bigger cities, something customary back in Sweden in the 1950s. Stieg’s grandfather Severin had fought in World War II. He had seen the Nazi death camps first hand, and the experience changed him forever. Severin became a staunch anti-Nazi up until his death. Stieg was raised for the first nine years of his life learning about history, his grandfather’s stories and political beliefs. It seems like a hatred of Nazi hatemongers was a part of Stieg’s DNA. After Stieg’s grandfather died in traumatic circumstances for Stieg, he finally went to live with his parents. But he never stopped thinking about his grandfather’s stories.

The Man Who Played with Fire takes us back to the various important sites that marked Larsson’s life and development, offering so much insight into this brilliant writer and thinker’s intellectual processes. The reenactments are performed by such a doppelgänger (Emil Almén) I was at first confused about where this brooding and intimate footage of Larsson came from. It’s a beautiful touch by director Georgsson and adds to the melancholy portrait of this amazing man who is my hero for new reasons now other than having “birthed” my sister Lisbeth Salander. 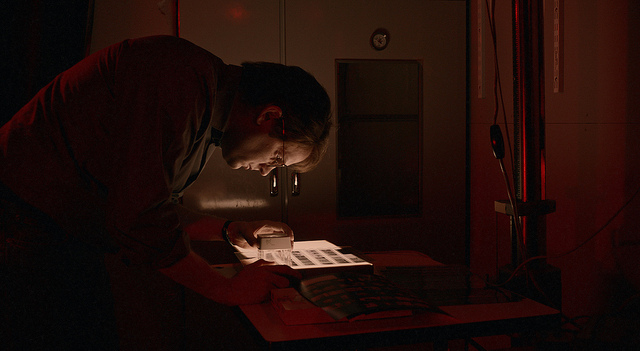 Because so many publications found his writings about the new rise of fascists and Nazis too alarmist to publish, Larsson branched out. By 1995 Larsson already had almost 20 years of research on the topic under his belt. Along with a team of young journalists, he founded Expo Magazine, inspired by the British anti-Nazi newspaper Spotlight which worked to expose growing Nazi sentiment around the world. In fact, Larsson was an anonymous “Swedish correspondent” for Spotlight covering the Scandinavian region. Like Millennium Magazine in The Girl with the Dragon Tattoo books, Expo would tackle the hard stories mainstream press wouldn’t. And their first story broke open the lucrative world of white power music that had been gaining in mainstream popularity since Prime Minister Olaf Palme’s assassination in 1983 by right-wing terrorists who objected to his sympathetic immigration and refugee policies.

By 1995 and beyond after the Expo story broke, white power music was one of the various Nazi and right-wing parties’ main sources of funding, and a huge beneficiary was the biggest neo-Nazi political group, the misguidedly-named Sweden Democrats. Nazi groups targeted bookshops and newsstands to get Expo off the shelves. Other publications banded together and offered Expo sanctuary in their pages. But soon the news cycle moved on and Larsson and his team were once again exposed and at the whims of a violent and organized Nazi mob. 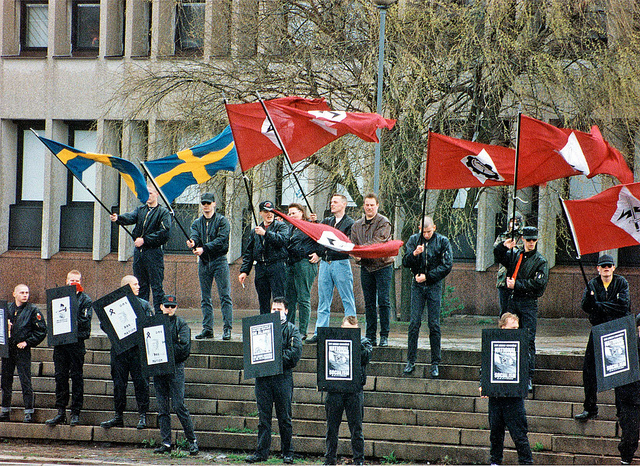 Larsson’s main vices in life were coffee and cigarettes. But he also lived off a steady diet of fast food, no exercise, and constant stress. He and his team were receiving active death threats, and some of them remain in hiding. Two of his journalists survived a car bombing, while their child was also in the car. The footage of the crime scene is incredibly gruesome, and it was truly a miracle they survived. Likewise, the footage of Nazi rallies and violence throughout Man Who Played with Fire is also shocking and disturbing. (And in a current American context, something we are seeing regularly with our own homegrown extreme right. History is a spiral.)

All the while, Nazi violence in Sweden continued to escalate as the Sweden Democrats decided to rebrand their image. Mikael Janssen became head of the party from the mid-nineties to 2005, and it was he who enforced a new dress code. No more skinheads, no more bomber jackets and Doc Martins with the laces tied around. The “dapper Nazi” we see now in the likes of American Richard Spencer has a direct tie to the Sweden Democrats’ new platform. While these changes did alienate the harder-core members of Sweden’s Nazi community, in fact they worked to bring in new people. As of today, this front for right-wing extremism has an actual seat on Sweden’s Parliament. This was the exact thing Larsson was trying to prevent through his tireless and selfless work.

In 2004 — and before his novels were published and his work was disseminated all over the world — Larsson had a heart attack at age 50. The combination of obsession, passion, stress, coupled with poor diet and bad habits proved to be too much for this intellectual and social justice warrior from long before we had a label.

Stieg Larsson: The Man Who Played with Fire is an astonishing portrait about all the other impacts Larsson’s work had not just on Sweden, but on the world, aside from his Millennium Trilogy. He literally predicted the rise of right-wing extremism in Sweden and Europe when he was in his 20s. He spent the rest of his life trying to get people to take the threat seriously. As sad as I will always be that this prodigious writer and thinker is gone from the world, it would break his heart again to see where we are at now in 2019.

Stieg Larsson: The Man Who Played with Fire is yet another vital reminder of the importance of a free press in a democratic society. Without it, fascists continue to rise and will win.