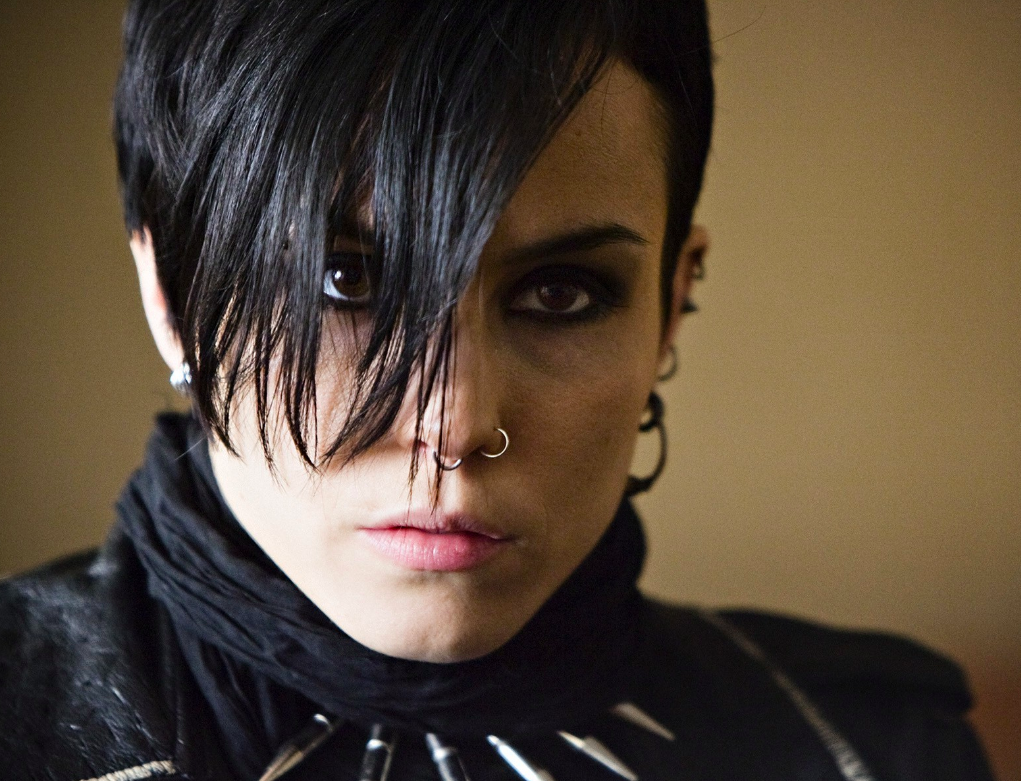 From the window perch of her warehouse apartment, Lisbeth Salander looks out over a snowy and gray Stockholm like Batman surveying Gotham for the next mission. Inclement weather never stops Lisbeth from righting the newest wrong. All she needs to start is her computer and an Internet connection. Her mixed martial arts training comes later.

Heavily tattooed and pierced, with an all-black wardrobe complemented with various spiky jewelry, piercings, and heavy black make-up, Lisbeth is peak survivor chic. She doesn’t shave the hair on any part of her body, except sometimes the side of her head that sports the wasp tattoo — a reference to her hacker name. Everything about her outward presentation screams, “STAY AWAY FROM ME.” And in spite of her short but muscular stature, most people take heed of her outward appearance as the warning it is.

Lisbeth has an eidetic memory that she tries to keep secret. Her personality is often like that of an abused dog backed into a corner. She lashes out often and has no patience for people who aren’t as clever as her. She has earned every one of her trust issues.

As a child, Lisbeth watched her father, sadistic Russian mob king Alexander “Zala” Zalachenko brutally beat her mother so often Lisbeth finally threw a homemade molotov cocktail into his car to get him to stop. The fire didn’t kill Zalachenko or even land him in prison. He was an informant for the Swedish government and was operating with impunity a host of criminal networks in Sweden reliant on drugs and human trafficking. The Swedish government valued his spy status more than Lisbeth or her mum’s human rights, so Lisbeth was declared mentally incompetent and a ward of the state to make sure she would never cause her father and everyone involved with him any further problems. She dresses like an outsider because her whole life people treated her like one. The gaslighting alone Lisbeth survives would be enough to make even the most self-confident person doubt the nature of their own reality. 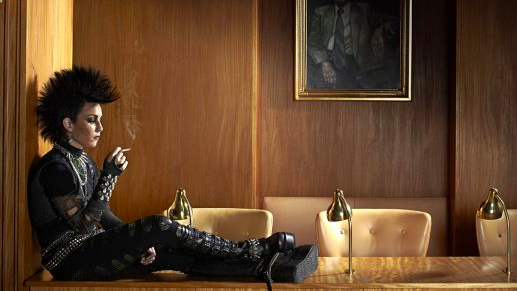 When Girl with the Dragon Tattoo author Stieg Larsson was a teen, he witnessed a brutal gang sexual assault on a young woman. He never forgot the encounter or his guilt about not doing more to help the girl. Decades later and from that terrible witnessing, Larsson created Lisbeth Salander: a badass young woman hacker whose mission in life is to go after men who hurt women. In fact, the original Swedish title is Men Who Hate Women, not the diminutive The Girl with the Dragon Tattoo. It’s unfortunate that it’s been gender-washed for global audiences. But that is the extent of my problems with the original books and Swedish films.

Larsson’s books are excellent stories, well-written and compelling. But in many ways, the Swedish film adaptations are better. Not only have they streamlined some of the more complicated spy and technical issues of Lisbeth’s entanglement with the Swedish government and its secret police, but they have also brought Lisbeth to beautiful life through Noomi Rapace’s nuanced performance. Lisbeth is a woman of few words, and through Rapace’s expressive body and soul-peering eyes, we don’t need to hear her speak to empathize with what she’s been through and continues to go through. Every time I watch these films I see and learn new things about Lisbeth I never noticed before. Rapace is captivating in this role. 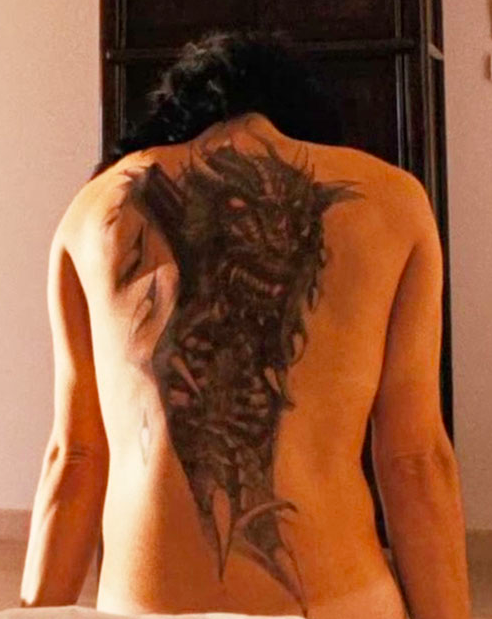 The Swedish-language trilogy — and in particular the extended director’s cut — is a journey I take at least once a year since I first saw it in 2011. This is one of the only series where an on-screen rape is actually central to the plot and the overarching revenge theme. Lisbeth’s supportive legal guardian Holger Palmgren (Per Oscarsson) had a stroke and she’s assigned a new one. Palmgren trusted her and allowed her to control her own finances and life choices. He understood that below her cactus exterior is an intelligent, capable, and powerful young woman. His replacement, Nils Bjurman (Peter Andersson), is a sexual predator who abuses his position of power to hurt women, including Lisbeth in a brutal assault. But Bjurman didn’t know that Lisbeth filmed the grotesque incident with a hidden camera. As Bjurman and others work to discredit Lisbeth in favor of her well-connected father, the DVD of her assault is pivotal to clearing her name by the end of the original trilogy. The revenge is horrible, but also incredibly empowering. It’s hugely satisfying to watch people who claim Lisbeth is delusional based on her accusation actually experience firsthand the sadistic encounter that plays out exactly as Lisbeth had described. Go girl.

This is also one of the few sets of films where the on-screen nudity also serves plot functions, and in particular for Lisbeth’s character development. Since she prefers not to speak unless she’s got something meaningful to say, seeing the extent of her physicality not just in sex scenes, but bathing and simply existing in her own space on her own terms is beautifully conveyed by Rapace both in and out of clothes. I can count on one hand the films where I think on-screen rape and nudity were, in fact, central to the plot: The Girl with the Dragon Tattoo, The Girl Who Played with Fire, and The Girl Who Kicked the Hornets’ Nest are three of them. And I say this as one of few women who see inherent value and healing power in rape-revenge narratives and horror movies. Lisbeth Salander is a character who has helped many women, including me, come to terms with our pasts using her arc toward justice as proxy.

Even though there is a new Lisbeth Salander installation out at the moment — The Girl in the Spider’s Web — I don’t recommend it. It does a great injustice to the depths of this character and minimizes so much of her charisma and strength. The book is similarly terrible, written by someone who doesn’t seem to like Lisbeth Salander at all, and certainly doesn’t understand her. Instead, check out the extended Swedish-language Millenium Trilogy currently available on Netflix, and the edited versions are also streaming on Shudder. If you’ve never met Lisbeth Salander before, you’re in for a treat. If you have, blow her a black-lipstick kiss for me when you see her again.

Sundance 2022 Review: ‘You Won’t Be Alone’ Because This Movie Will Always Stay With You

Sundance 2019 Review: ‘Stieg Larsson: The Man Who Played with Fire’

BGN Film Review: ‘The Girl in the Spider’s Web’