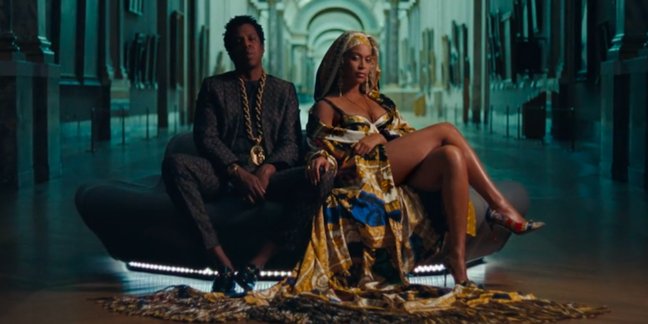 Beyonce Knowles and Jay-Z surprise the world with a long-awaited collaborated album Everything Is Love. The album is worth the wait!

We all know the Carters are currently touring the world for their second On The Run Tour. But, no one said a thing about the couple’s decision to shock the world–while on said tour–with nine tracks of artistic genius.

The Carters did this one strictly for the fans and a is a celebration of black culture. One song, “Summer”, seems like is a pure proclamation of their love surviving through the storm. However, they also drop some knowledge in the song, making references to social constructs surrounding fame, wrongful incarceration, black activism, police brutality, progress, and black royalty. Here’s the debut video from the album, the song “Apes**t”.

The Carters are among the most influential, iconic, and revolutionary artists on the charts right now. This collaboration gives so much life it’s staggering. From their heartfelt references to their thriving family life and the joyous specific mentioning of the Carter children to the multitude of reminiscent hip-hop lyrics from artists like Erykah Badu, Dr. Dre, and Common. You can feel the couple’s positive spirit through their music. They maintain that energy while standing their ground and claiming their thrones.

Have a listen to the Everything is Love, now streaming exclusively on Tidal!