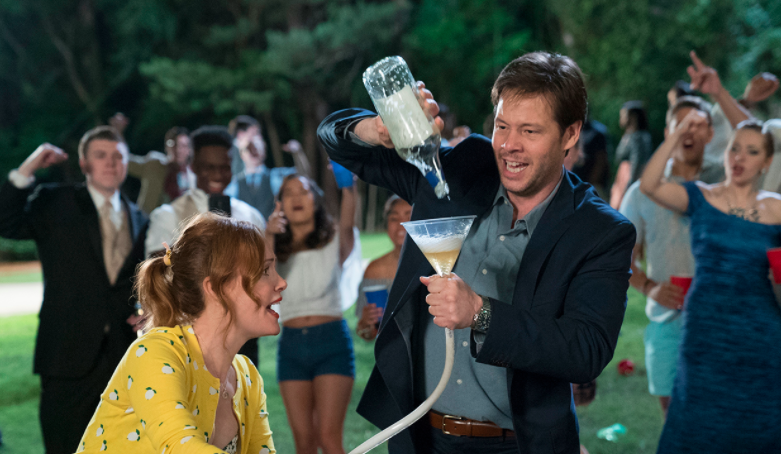 If you’ve never seen two men at a party butt chugging some beer, then I’d recommend you check out the film Blockers, directed by Kay Cannon. The Universal Pictures film made its debut at SXSW and came with thunderous applause and a cacophony of laughter in nearly every scene.  In many scenes, I had trouble hearing the dialogue the laughter was so loud — but that comes with the experience of watching a film with a ‘South By’ crowd. Blockers is centered on three high school girlfriends — Julie (Kathryn Newton), Sam (Gideon Adlon), and Kayla (Geraldine Viswanathan) make a sex pact on their prom night.  The three virgins decide that tonight is the night that they will do the deed and become women by the end of the evening. However, when Julie’s mom, Lisa (Leslie Mann), Sam’s dad, Hunter (Ike Barinholtz), and Kayla’s dad, Mitchell (John Cena) finds out, a series of adventures and shenanigans soon follow as these determined — yet slightly misguided parents, make it their mission to stop their daughters and work to keep their virginity and hymen intact. 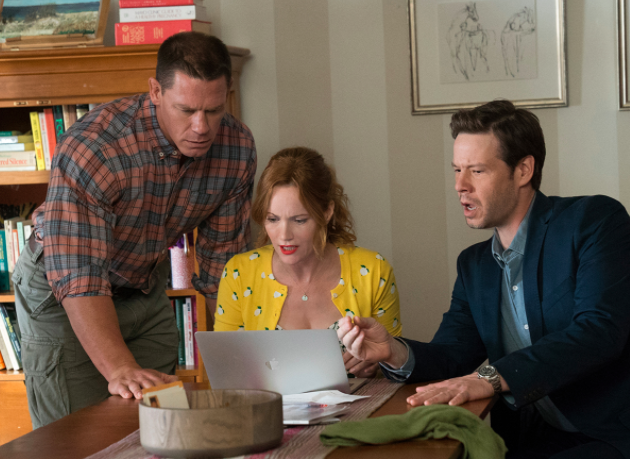 During the premiere of the film, before the screening began filmmaker/writer Kay Cannon made it abundantly clear that it’s a pretty big deal that this is a big budget rated R studio film directed by a woman.  This year’s SXSW has had an impressive number of films directed by women and Cannon’s Blockers is one of many that have already received a positive response from both fans and critics.

This humorous coming-of-age story has remnants of what you would expect to see in a Seth Rogen/James Franco film. The infamous butt-chugging scene — will do for audiences what the pie-humping scene in American Pie did for the comedy genre. As much as the laughs delivered in this film for the Austin crowd, I personally felt like I only laughed as hard as I did because of those around me being amused at every joke.  This is not to take anything away from the film — because it is hilarious, however, the film doesn’t offer anything different or unique to this brand of crude humor that we’ve seen in Judd Apatow or Kevin Smith films. This is telling though, since these guys have made their careers off of this genre and yet filmmakers like Kay Cannon (who made her directorial debut) is given her first shot in 2018.  That said, I hope to see more comedies like Blockers, simply written, produced and directed by women. 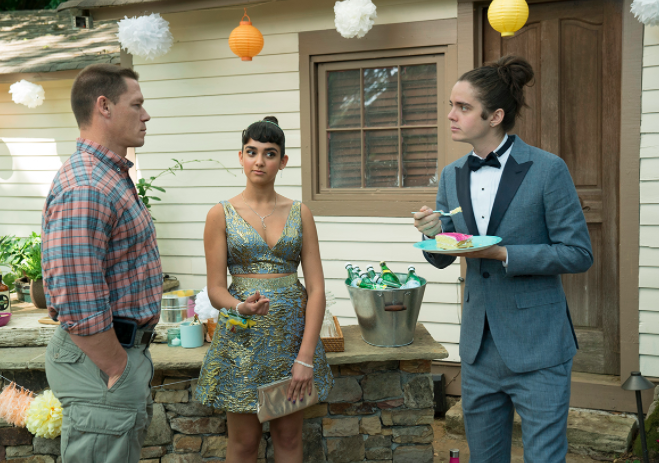 There is one thing unique about this story, and that is the sexual agency Cannon gives these female characters who otherwise, would likely be shamed in a “Porky’s-like” film.  The autonomy given to them, without judgment — as well as the ability to allow them to be fluid with their sexuality, is an area of this movie that is explored with grace and understanding and Cannon handles that delicately.

At the core of it all, this narrative is a story about independence and letting go.  Each of these parents are trying to hold onto a past that has now evolved. As their children have grown into adults and are now engaging in adult activities and making adult decisions — they have an obligation to allow them to have an opportunity to become independent.

Blockers will be released in theaters nationwide April 6th.