2017 marks SYFY’s 25th anniversary. As NBCUniversal Cable Entertainment President Chris McCumber put it “I can’t think of a better time to embrace the SYFY genre and get back to our roots.” Since taking over about a year ago, McCumber and his team have been taking a long look at the genre market, and they have identified SYFY as a brand with tremendous opportunity. Due to the success of shows like The Expanse and The Magicians or the global domination of genre films at the box-office, SYFY is astutely examining the growth potential of the network. When they considered the global audience, they discovered over 50 million core audience members who are young, diverse, and engaged with the properties online. Sound familiar? 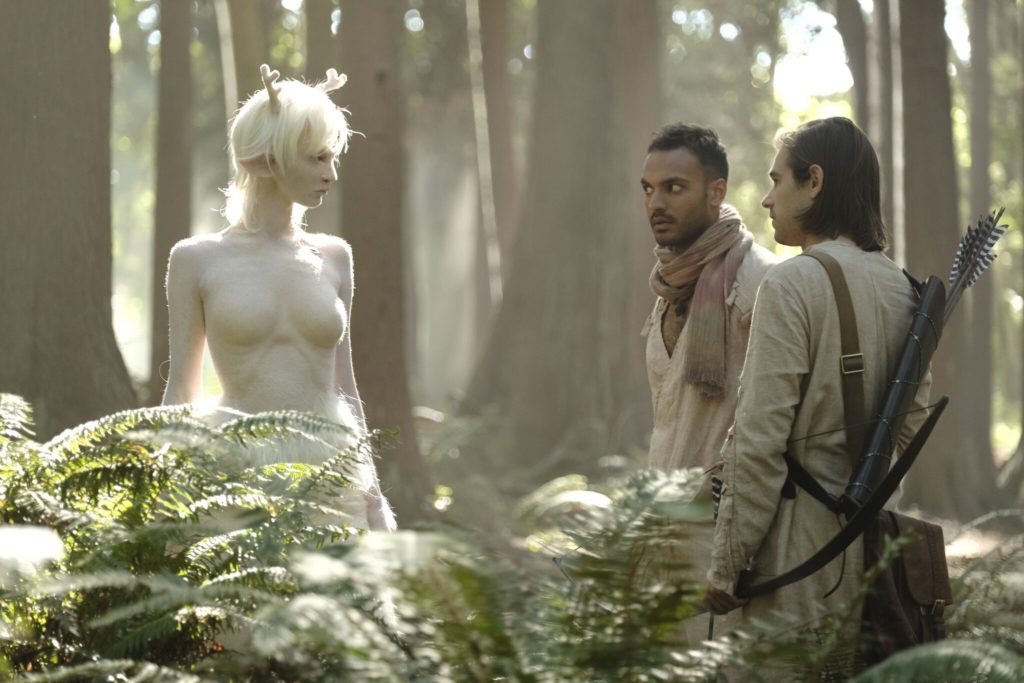 47% of the SYFY audience is non-white, and 52% are women. This is not the audience that was watching the channel 25 years ago, so SYFY is crafting a programming lineup and online presence built to engage that core audience. It is almost comical that the execs seem to be catching up to what we fans have been talking about for years. Core fans are what drive genre TV. When programming taps into something that engages them, the worse thing you can do is alienate them by ‘trying to go broader.’

As the only television network dedicated to the genre 24/7, SYFY is building the ultimate universe for this passionate community to call home. Debuting on June 19, SYFY’s updated visual identity includes a new logo, typeface and look across all linear, digital, social and experiential platforms. ‘This is a wholesale change, top to bottom, of the way we express ourselves,’ said Alexandra Shapiro, Executive Vice President, Marketing and Digital, Entertainment Networks for NBCUniversal Cable Entertainment. Our new branding is designed for the digital age and tailored to the consumption patterns of our audience, allowing us to celebrate and engage with fans on every consumer touchpoint. Additionally, SYFY is scaling and expanding its editorial division SYFY WIRE to infuse breaking genre news, in-depth analysis, and thought-provoking original content across its entire ecosystem. Through SYFY WIRE’s website (http://syfywire.com) and on-air via future program development, programming integrations and regular interstitials and lower thirds, SYFY WIRE will cover the latest and greatest in genre TV, film, books, comics, gaming, and technology. Though launching in June, the new focus will continue year-round including July and SDCC, where they are committing to an entirely new approach to the convention. Though still in the early phases fans should expect a much bigger presence and branded events both in and outside of the convention center this year.
Syfy Reboot launches June 19th.
Check out our latest on the upcoming shows on the new SYFY lineup.