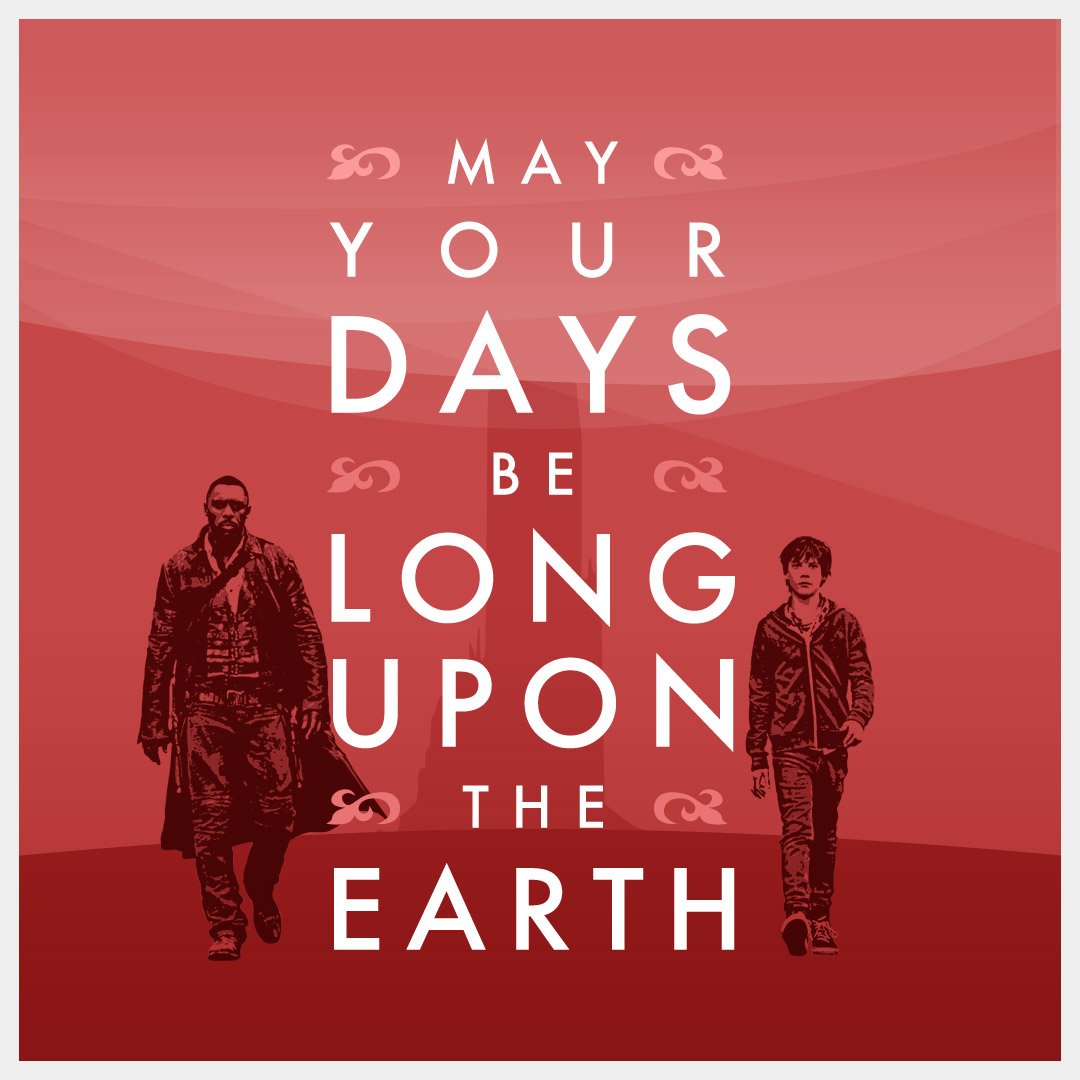 A new promo poster for the highly anticipated Dark Tower movie was recently released in preparation for its July 28th, 2017 debut. Based on the Stephen King book series of the same name, the film stars Idris Elba as Roland Deschain, the last living gunslinger of a feudal Old West society ruled by magic. The antagonist of the film is The Man in Black, played by Mathew McConaughey, who is in a race against Roland to find the mysterious Dark Tower: a structure that supposedly serves as a portal to multiple dimensions. Roland is accompanied by Jake Chambers (Tom Taylor), a troubled youth with a complicated past who assists Roland in the struggle between good and evil.

The Dark Tower was originally set for release February 2017, but was delayed until July to finish special effects and focus on promotional media. The film has a history of being stalled, having lost directors J.J. Abrams (Star Trek) in 2007 and Ron Howard (Apollo 13) in 2015, though Howard stayed on as producer. There were also issues with the film being dropped by Universal Pictures and finding its eventual lead actor (Elba). Eventually, Sony Pictures agreed to back the film and Danish filmmaker Nikolaj Arcel (A Royal Affair), was brought on to direct.

Over the course of the film’s production, very little promotional material has been released (just some movie stills, see below), and specifics about how the books will be adapted have been kept under wraps. That’s why when a new promo poster was recently released, fans were excited, hoping to catch a glance of the notorious Gunslinger in all his glory. Unfortunately, the recently released Dark Tower poster looks like it was created by a disgruntled first-year intern using an outdated version of Microsoft PowerPoint. 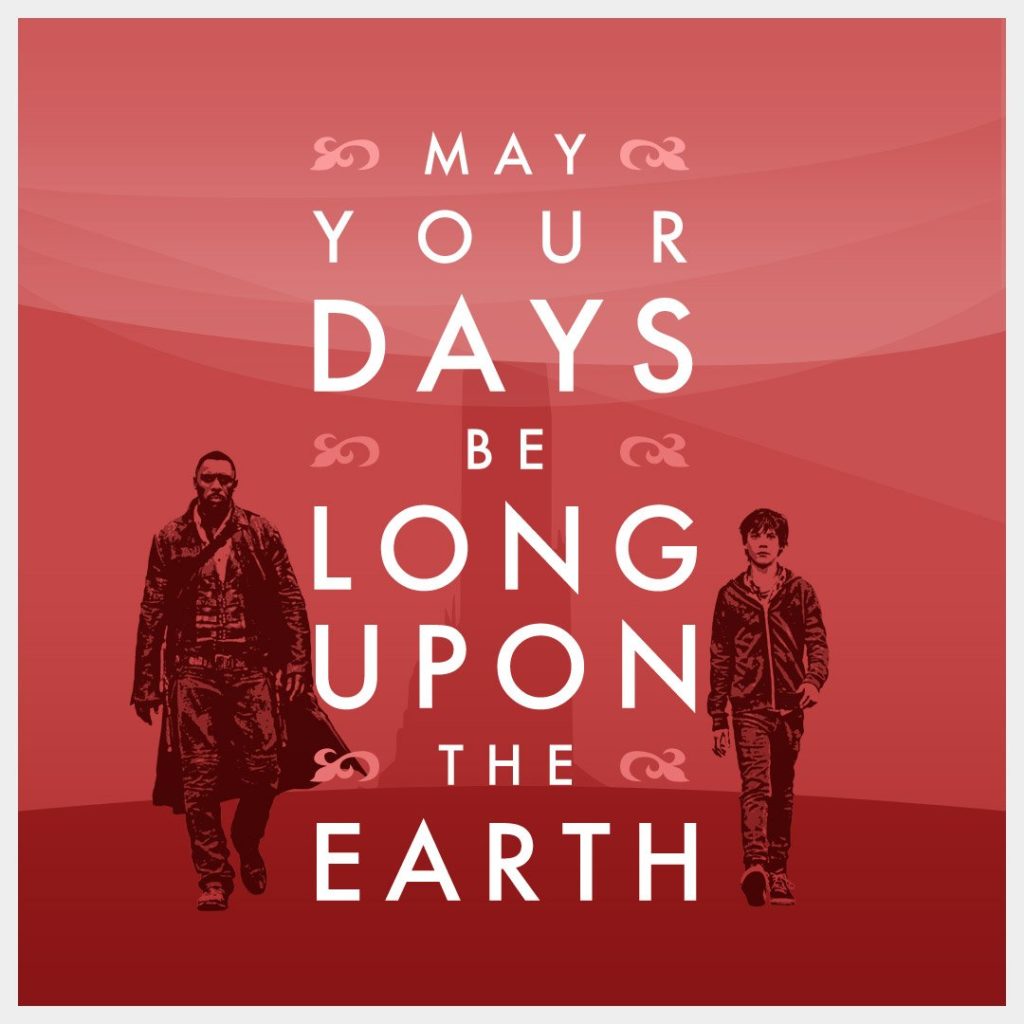 The poster for The Dark Tower is simple — too simple. It’s characterized by red hues, ugly blocky white font, and arching curves of slightly darker pigmentation. The red and dusky body of the poster is dominated by Idris’ and Tom’s characters, which are shown walking side by side. The infamous greeting from The Dark Tower books, “May your days be long upon the earth,” separates the two characters, who appear solemn and determined. A red silhouette of the Dark Tower is centered in the background of the poster. And that’s it. There’s nothing to analyze, nothing that makes one’s eyes bore into the screen while formulating fan theories. There isn’t even a release date or cast billings!

It almost appears as if the poster is unfinished or rushed — which hopefully isn’t an indication of the quality of the film itself. Perhaps Sony Pictures is trying a new method of building film hype by releasing crappy posters first, only to eventually blow fans away with progressively better posters as the film’s release date nears. Idris and Tom are the only good things about it.

Whatever may be the case, they’re lucky they have Idris Elba, because with posters like this red monochromatic monstrosity, fans could lose interest.

Jahkotta Lewis is a professional archaeologist, an amateur astronomer, and an aspiring writer. When she is not documenting Pacific Island archaeology, she spends her days hiking through native forests, spelunking within the depths of an active volcano, and watching/reading all things fantasy and science fiction (The Flash and Arrow).