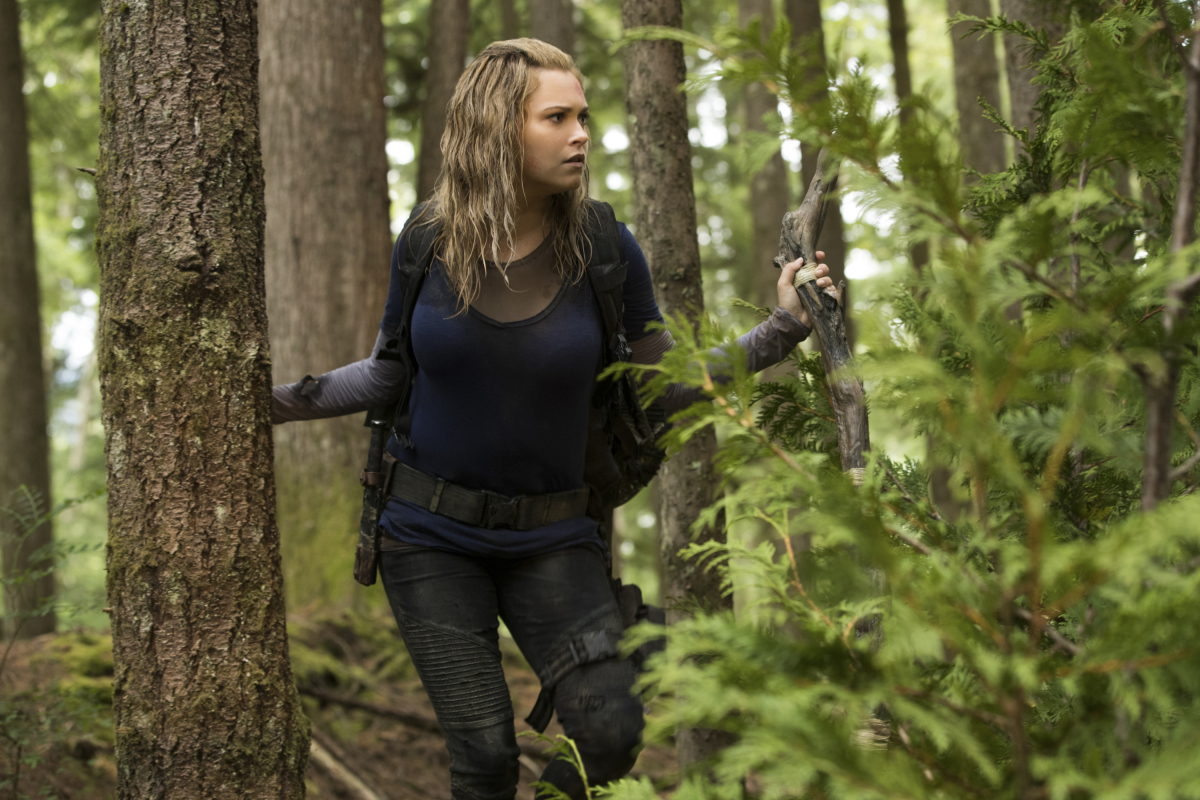 Everything below is based on The 100 promotional footage, BTS pictures, and convention reports. If you’ve been avoiding all of that so that you can enter Season 5 completely unspoiled, avoid this too.

When it rains it pours and much like the Earth on the show, The 100 fans went from a twice-eradiated wasteland’s worth of information about Season 5 to a verdant field of imagery, expectation, and straight up spoilers! The list below attempts to separate out five fun things we learned about Season 5 that made us squee and two things that made us squirm. LEGGO…

Spacekru has been a 6-year skillshare 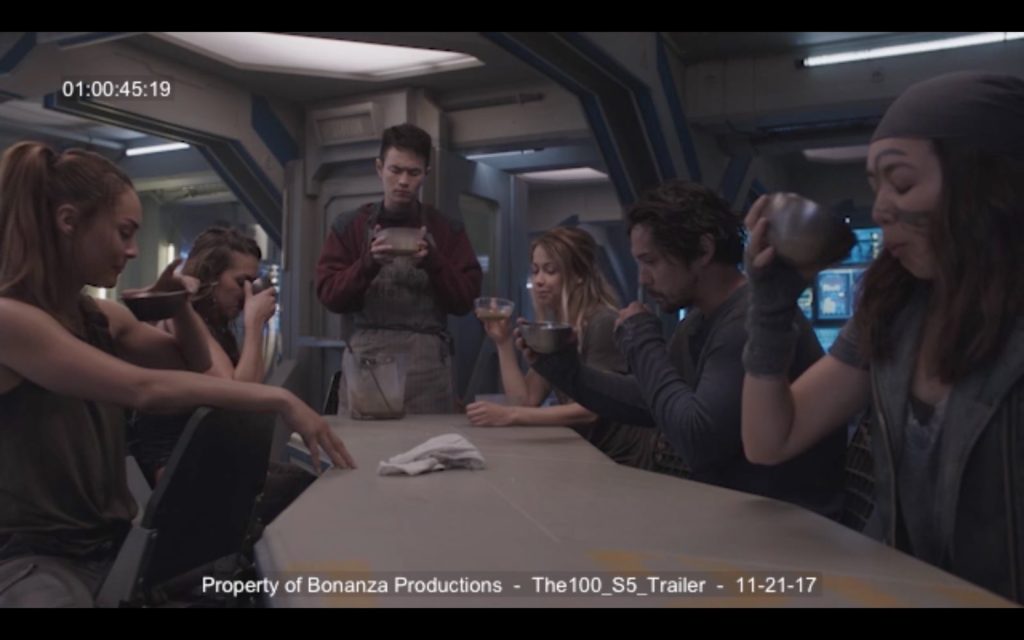 According to the live tweets of The 100 WonderCon panel, Spacekru spent their 6 years teaching each other the things they know. That’s such a wonderful way to pass the time while living in a rickety space installation. Brava for them! Of course, ever the fandom mischief maker, showrunner, Jason Rothenberg offered additional activities they got up to as well…

Bellamy is the level-headed one 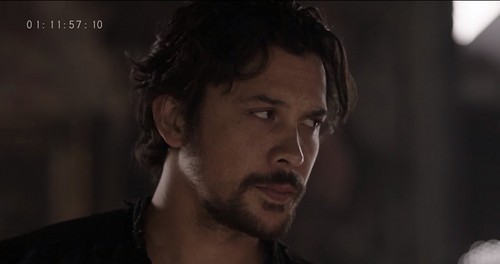 I will die on the hill that Pike, Bellamy, and company were justified in their Season 3 actions from their perspective, especially when you figure in the essential scene that somehow got left on the cutting room floor.  All they knew was that the people who had been murdering them since they landed and who couldn’t be trusted in an alliance had blown up one of their installations with innocent people inside. Then they amassed on the same field where three months prior they threatened to wipe Arkadia off the map.

Still, according to The 100 writers and many of the fans, this incident is proof that Bellamy is a wild, loose canon so I’m definitely looking forward to seeing him be a more methodical leader as long as they don’t completely extinguish his fire. 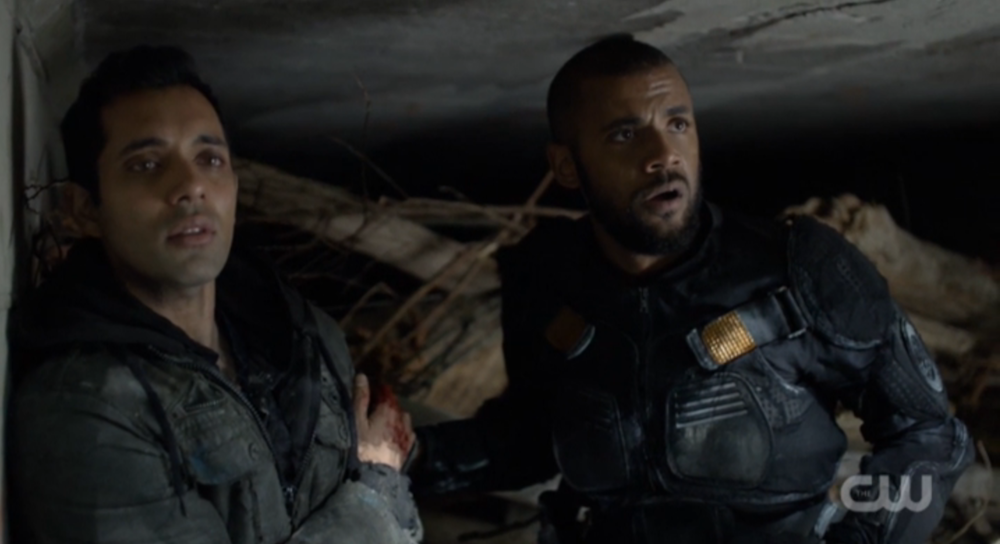 The 100 is mostly about how humanity is morbidly conflict-driven and hopefully hopeless. However, the bright spots in the narrative are almost all love and relationship based, whether romantic or familial. Love is the reason why these people fight after all, misguided or no. Three romantic relationships have already been confirmed, a mystery relationship between one of the Eligius prisoners and a main character, Kabby (the portmanteau of Kane and Abby) and Mackson (the portmanteau of Miller and Jackson). The last two are featured in the trailer, and there have been many references made about Mackson during conventions over the past year. I’m very excited for Nathan and Eric’s relationship since it’s a new way to explore these characters. And both bunker relationships sound soothing  since that place sounds like a hell hole and everyone deserves someone to lean on in there.

And of course, there is the ever-present possibility of Bellarke (the portmanteau of Bellamy and Clarke), the relationship that has yet to be consummated but has had all the trappings of a slow burn romance since the first season. For years it was a ‘ship that caused the cast and creators some consternation when brought up in interviews, but you wouldn’t know it from the con reports that came out of ConAgeddon, a The 100 convention held over St Patrick’s Day weekend in Boston. It’s the first one to feature both Bob Morley and Eliza Taylor in years. Whether they get physical or not, the cast and writers have promised a dynamic and “turbulent” time that will be rooted in their love for and dependence on one another. Sounds good. 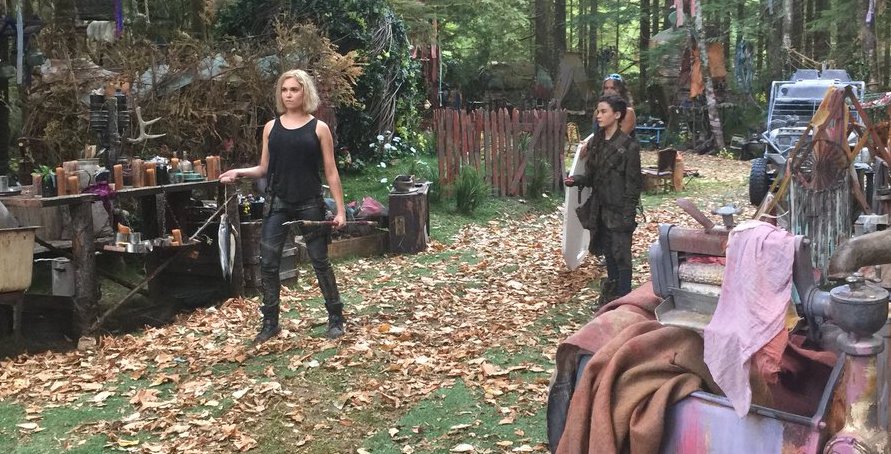 Clarke looks beautiful, happy, and healthy when we see her in the postscript of Season 4, but we know that she went through a crucible between being left on earth during Praimfaya and when we catch back up with her as she’s leaving her 2199th voice mail for Bellamy. We know from Wondercon that the first 20+ minutes of Season 5 are all Clarke surviving alone on Earth. From the numerous live-tweets, it sounds like a beautiful and terrible journey. 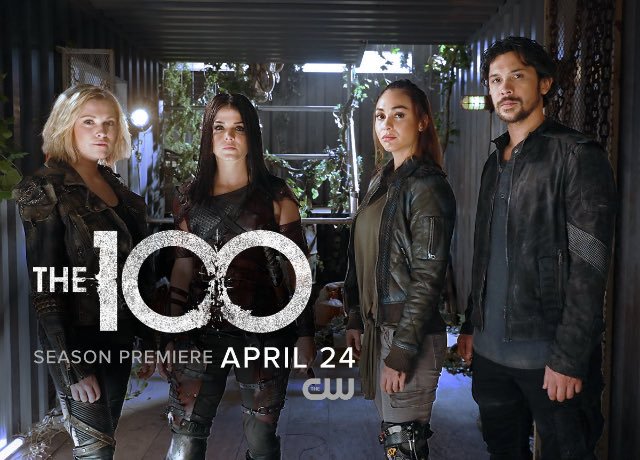 The emotional impact of all these far-flung factions seeing each other again is going to be the best. Eliza Taylor, Bob Morley, Marie Avgeropolous and Jason Rothenberg at different times have said that the way Clarke and Bellamy meet each other again will be unexpected and Bellamy is not prepared for who Octavia has become. Of all the things I’m looking forward to, watching folks see each other for the first time in 6 years is at the top. We’re in for some real emotional scenes if past reunions are any indication. 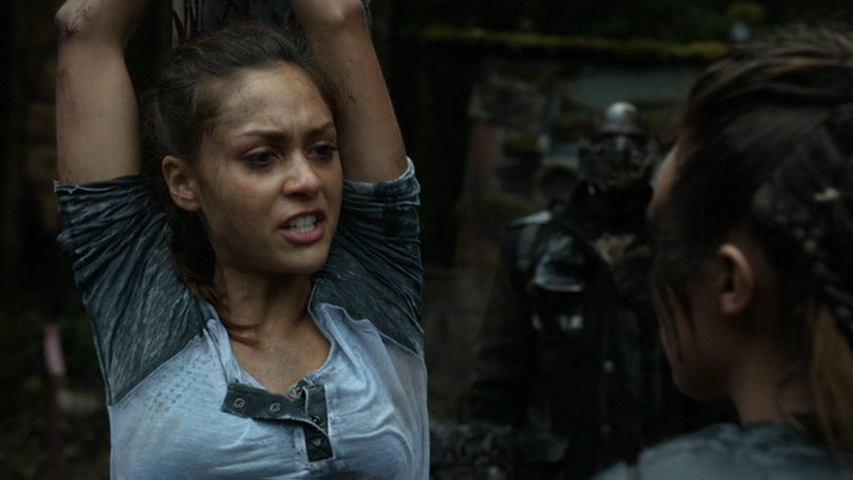 Give this girl a BREAK. Raven Reyes is by no means the only person who suffers on The 100. In fact, if anyone asks you, “Hey what’s [Insert any character’s name] up to in The 100? I haven’t seen the show in a while.” Even if you haven’t seen the show in a while, you can safely say “Ya know, man, they’re just suffering,” and most likely you’d be completely correct. It’s the hallmark of the show and something the producers pride themselves on, suffering and hard choices. The thing about Raven is she’s one of the few pure hearts on this show. She definitely got into battle mode early on in S1 when they were up against the faceless aggressive hoard of grounders who wanted them dead, but she’s no real killer. Just look at how freaked out she was during the night blood test trials in the latter half of S4.

Bellamy gets his ass kicked, you feel sympathy but then he was partially responsible for The Culling so eh. Clarke gets berated for duplicity by her whole community? Well, she has been manipulating folks and telling half-truths as a leadership tactic since she told Octavia to sneak out of camp unbeknownst to Bellamy in S1. Murphy has been awash in his own blood more times than one can count but he peed on a kid and is a serial killer so…ya know.

Raven has done nothing but save everyone’s asses time and time and again. When will she get her respite?! In the extended trailer, poor thing looks worse for wear and distraught with a vicious looking contraption around her neck begging some ruffians to stop beating up Murphy. At another point in the trailer, she speaks in guilty tones about getting spacekru back to the ground. I just want to give her a hug. 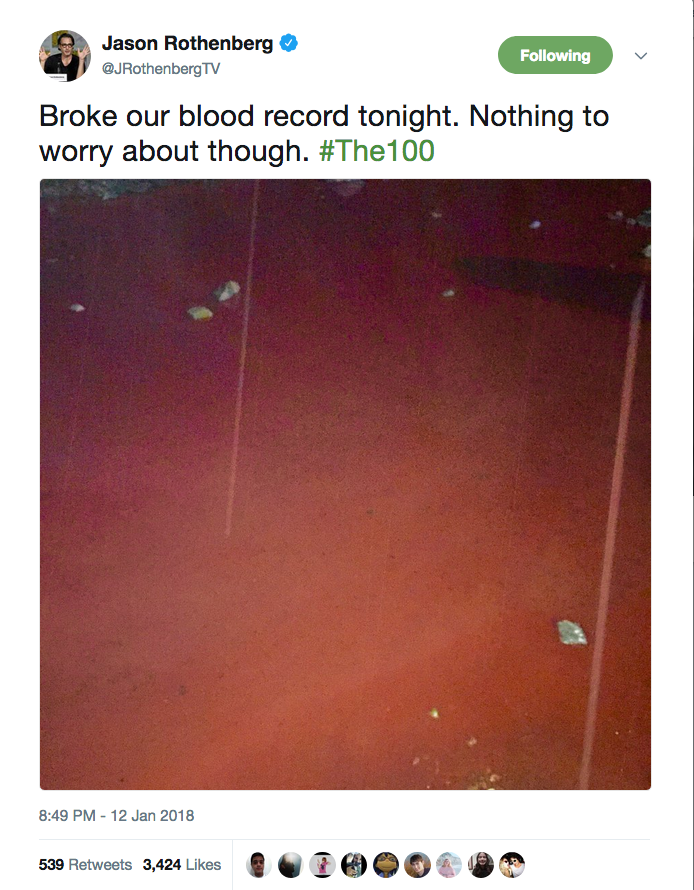 I just don’t think we’re getting out of this finale unscathed. I’m still missing Luna and Roan, and here I have to contemplate whose theoretical bodies this river of blood came spurting out of. We’re almost to the premiere of S5 but to be honest, I expect we’ll be on edge until the last frame is broadcast.