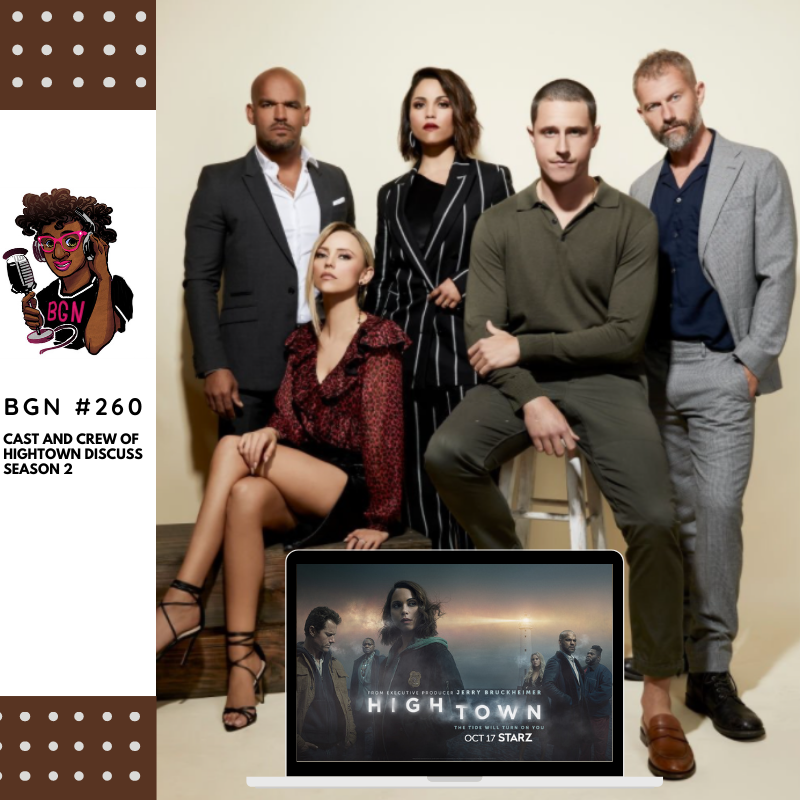 In this week’s episode of the BGN Podcast we chat with the cast and crew of the highly-anticipated series Hightown on STARZ.

Featured in the episode are: Writer and Creator Rebecca Perry Cutler and Executive Producer Gary Lennon.

In the second season of Hightown, the picture-perfect version of summer on Cape Cod clashes with its off-season reality. Jackie Quinones (Monica Raymund), achieving her dream of becoming a real cop, is out to do some good in this world. Thrust immediately into the crime wave of deadly carfentanyl flooding the Cape, Jackie is laser-focused on bringing down drug dealer Frankie Cuevas (Amaury Nolasco), the man Jackie holds responsible for the death of her best friend, Junior. For Jackie, it is personal but then again, for Jackie, everything is personal.

Hosted by: Stacey
Music by: Sammus
Edited by: Jamie Broadnax