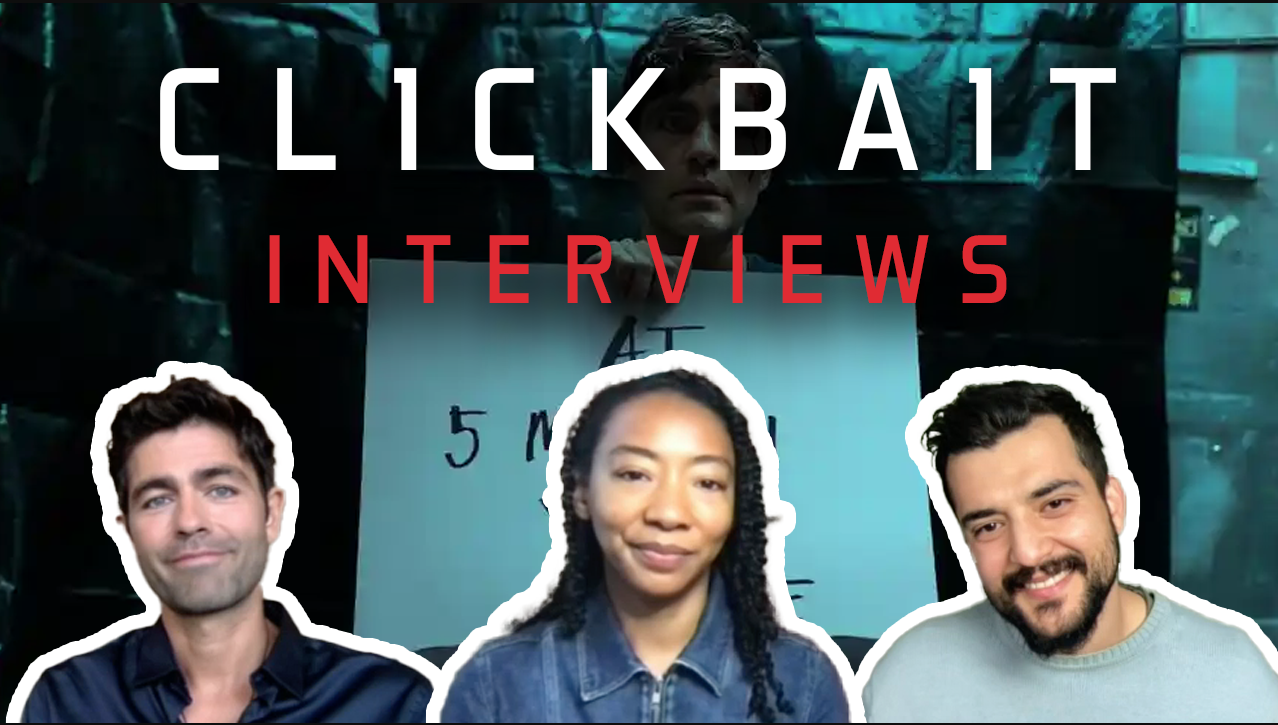 BGN interviews the cast of the Netflix series Clickbait.

Nick Brewer (Adrian Grenier) is a loving father, husband, and brother, who one day suddenly and mysteriously disappears. A video appears on the internet of the badly beaten Nick holding a card that says “I abuse women. At 5 million views, I die”. Is this a threat or confession? Or both? As his sister (Zoe Kazan) and wife (Betty Gabriel) rush to find and save him, they uncover a side of Nick they didn’t know existed.

An eight-episode limited series told from revolving points of view, Clickbait is a compelling, high stakes thriller that explores the ways in which our most dangerous and uncontrolled impulses are fueled in the age of social media, revealing the fractures we find between our virtual and real-life personas.

Clickbait is currently streaming on Netflix.