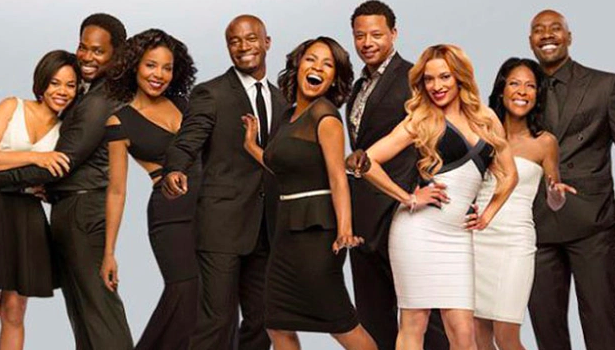 American Black Film Festival (ABFF) announced a new series, Hollywood Homecoming, in collaboration with IMDb, the world’s most popular and authoritative source for information on movies, TV shows, and celebrities. The new series will bring together the director and cast and pay homage to iconic films that showcase Black humanity and provide balanced portrayals of the African American experience. Hollywood Homecoming will premiere during Black History Month, with the quintessential Black romantic comedy, The Best Man. Director Malcolm D. Lee will be reunited with cast members Morris Chestnut, Monica Calhoun, Melissa DeSoussa, Terrence Howard, Harold Perrineau and more, to share stories and memories about the film, which served as a launching pad for several of their careers. Hosted by Nischelle Turner (Entertainment Tonight), Hollywood Homecoming: The Best Man will broadcast on ABFF PLAY (www.abffplay.com), a free streaming platform focused on Black culture.

Jeff Friday Media is producing the series. Fan engagement will also be an essential part of the series, with a segment entitled “Fan Mail.” Viewers are invited to share their memories of how the film and cast touched their lives or how they would imagine themselves in one of the iconic scenes. Fandom videos can be submitted in advance to info@abffplay.com by January 20th.  “We created Hollywood Homecoming to highlight the indelible impact that Black films have had on American culture. Congratulations to Malcolm Lee and The Best Man’s incredible cast for creating a movie that’s stood the test of time and proves that Black Films Don’t Crack”, says Jeff Friday, Series Creator.

“The Best Man is incredibly special to me: it was my first feature and truly a story and characters that came from the heart representing images of Black culture that I felt was missing on screen. We cast incredible actors and the support for this film from the movie-going audience, as well as from ABFF, was groundbreaking. It’s very fitting more than 20 years later, it’s still a fan favorite, and the cast and I have this amazing opportunity to engage with fans globally through ‘Hollywood Homecoming’ to share behind the scenes stories of the franchise. It’s going to be a great time,” says director, producer, and screenwriter Malcolm D. Lee.

ABFF 2021 Review: ‘Raise Your Hand’ is a Triumphant First Feature

Malcolm D. Lee Brings Back the Cast of ‘The Best Man’ to Peacock TV