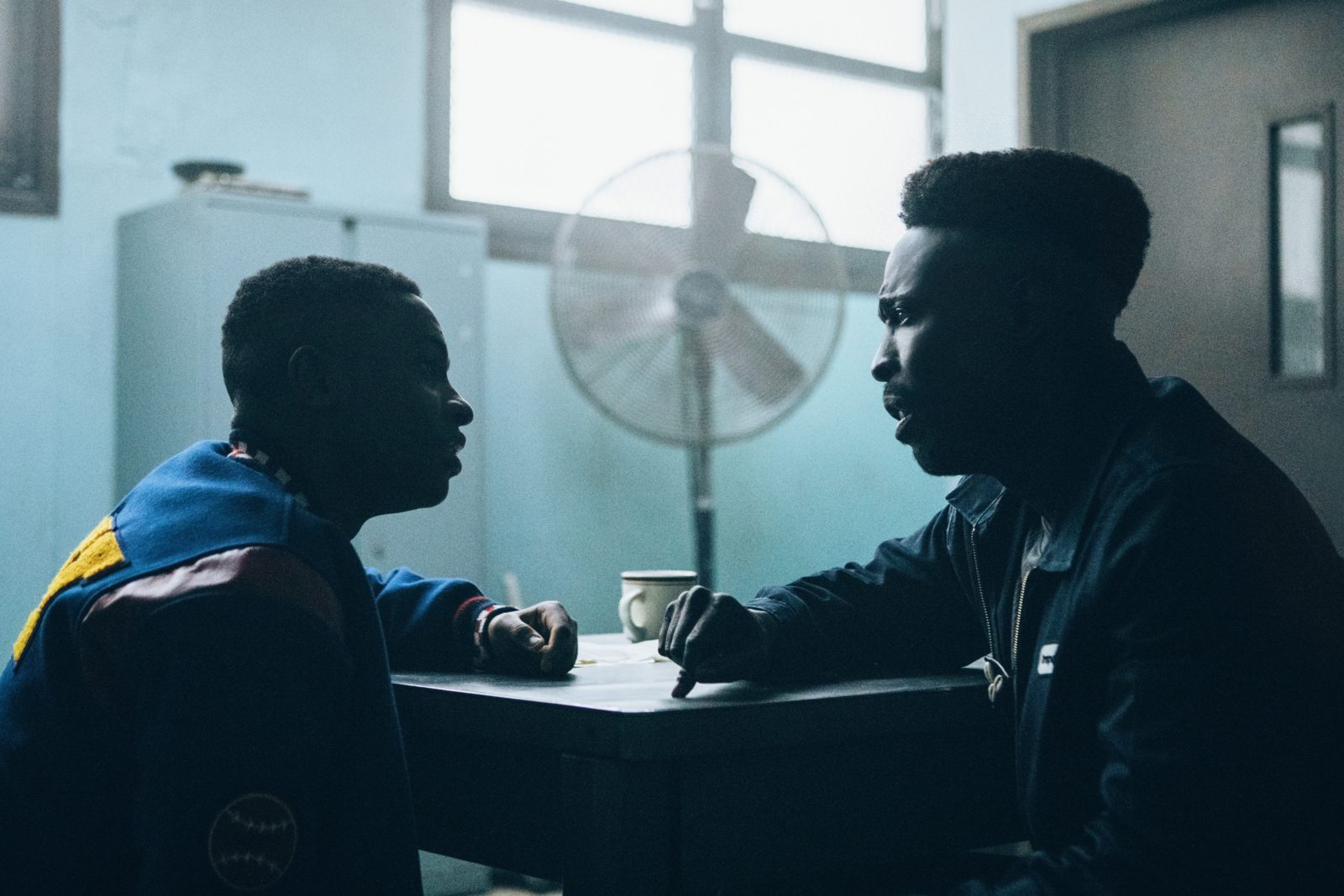 “Unfortunately, in America, some teens don’t have the luxury to grow up. Being able to grow up should be a human right. But these boys were forced into an environment where they had to grow up really fast, much faster than they should have had to.” — Caleel Harris

Based on a real-life story, Ava Duvernay’s When They See Us chronicles the infamous case of five teenagers of color labeled the Central Park Five, who were coerced into pleading guilty of raping a woman for a crime they did not commit. In a four-part limited series, When They See Us focuses on these five teenagers from Harlem beginning in the spring of 1989 when the teens are first questioned up to their exoneration in 2002 highlighting their settlement reached with the city of New York in 2014.

BGN recently had the opportunity to speak with the cast who played the younger versions of the Central Park 5. Antron McCray (Caleel Harris), Kevin Richardson (Asante Blackk), Yusef Salaam (Ethan Herisse), Raymond Santana (Marquis Rodriguez) and Korey Wise (Jharrel Jerome) were all played by a dynamic ensemble of amazing talent on the rise. The young cast members spoke candidly about perceptions of Blackness, global racism and the emotional trauma that often accompanies the reality that at any given moment as a young man of color, your life can be interrupted based solely on the premise of one’s black or brown skin.

While the Black male identity is not a homogenous experience, in America as well as abroad, it is a proven fact that men of color are disproportionately incarcerated and this systemic pattern has become a societal norm. What is it personally like for you as young men of color walking around in black and brown skin?

Caleel Harris: I’ve never experienced anything of course to the degree of the Central Park 5, not to that extreme, but I mean just walking around every day you see certain subtleties. The way that people look at you or the way that people interact with you every single day. They kind of let you know how they see us. How they view Black and brown people all around the world.

Jharrel Jerome: In terms of worldwide [perceptions of Blackness], I’ve been detained by an officer once in my life and it was in Rome, Italy. It was while I was doing press for a movie that I was in called Moon Light that I had done three years ago, and it was the last thing that I would ever think about– that I would step out of this country and face what I fear every day in America in a totally different country. So, yes. This is worldwide.

One of the themes that I noticed in the movie is the notion of interruption. It’s a part of the cultural and historical legacy of people of color in America. At any given moment, the lives of young men can so easily become interrupted just like that. In the context of the work that you did in When They See Us, can you speak to how the possibility of your life being stripped from you personally came into consideration while doing these scenes?

Caleel Harris: Absolutely. This case completely changed and flipped these guys’ world upside down. Every single one of these young men had their own dreams. I know Antron wanted to become an MLB player, Kevin wanted to play the trumpet. Right. And I think Yusef wanted to be a rapper.  I mean like those are all things that everyone has the right to dream and the right to want to know what they want to do when they grow up. And unfortunately, in America, some teens don’t have the luxury to grow up. Being able to grow up should be a right. But these boys were forced into an environment where they had to grow up really fast, much faster than they should have had to. It’s really unfortunate because it essentially happened with the help of mass media’s attack on them and unfair assumptions.

How has playing these types of roles changed your life or your perception if any?

Ethan Herisse: I don’t feel as secure living in America today. Before this, I was pretty naive and fortunately, I haven’t been in a situation where I’ve had any altercation with a police officer or anything. But I am now more aware of how quickly that can change. Now, I know about how I could just be driving on my way to school and I can get stopped, and I could end up not coming home. Maybe even worse, losing my life. I’m very wary of that now and I spend a lot of time being if anything overcautious now that I’ve gone through this experience.

Many adult men of color speak about the anxiety and post-traumatic stress that accommodates being visible all the time. As a generalization, do you think that in communities where Black and brown people reside that men of color are dealing with emotional trauma as a result of being so ‘visible’?

Marquis Rodriguez: Yes. I think it’s so easy to lose track of the idea that your body is your own when you’re policed so heavily. If I’m not allowed to freely do what I want with my own body, then where am I free?  If I’m not free to do what I want, that eats away at a really valuable part of your psyche. I think it starts to become like really, really poisonous.

In your opinion, how important is it for people to have a full understanding of: culture, history, and legacy?

Jharrel Jerome: I think that the way forward is to just understand. Understanding is accepting. I think what it is, is that we are ignorant to the things that we do not know, and we don’t take the time to understand them. We don’t take the time to try to step into someone else’s shoes. I think that’s the beauty of this show. It’s going to force you to step into these young boys’ shoes. And then it also might force you to step into the mothers’ shoes, parents’ shoes, the cops’ shoes. All different types of people will get spoken to with this project. I think it is about just being aware that you are not the only one like you. There are people who are different. There are people who will think differently, but if we are to understand; it’s not saying I have to agree with you, but I do have to understand that I have to accept that you think this way.

Has being a part of this project shifted your thinking about the types of roles that you wish to take on in the future?

Caleel Harris: It’s incredible feeling being part of something that’s bigger than yourself. Even Niecy Nash said yesterday, “After you watch this, you think how can I be of service?” And, that’s hopefully what everybody who watches this film thinks. I hope it sparks conversation and change, and that people think to themselves, “How can I be of service to help change perceptions?”

When they see us, what will you tell them? From your own perspective, what is Black?

Marquis Rodriguez: Black is everything. Black is anything it wants to be. We have to give it room to be whatever it needs to be.

When They See Us premiered May 31st on Netflix.