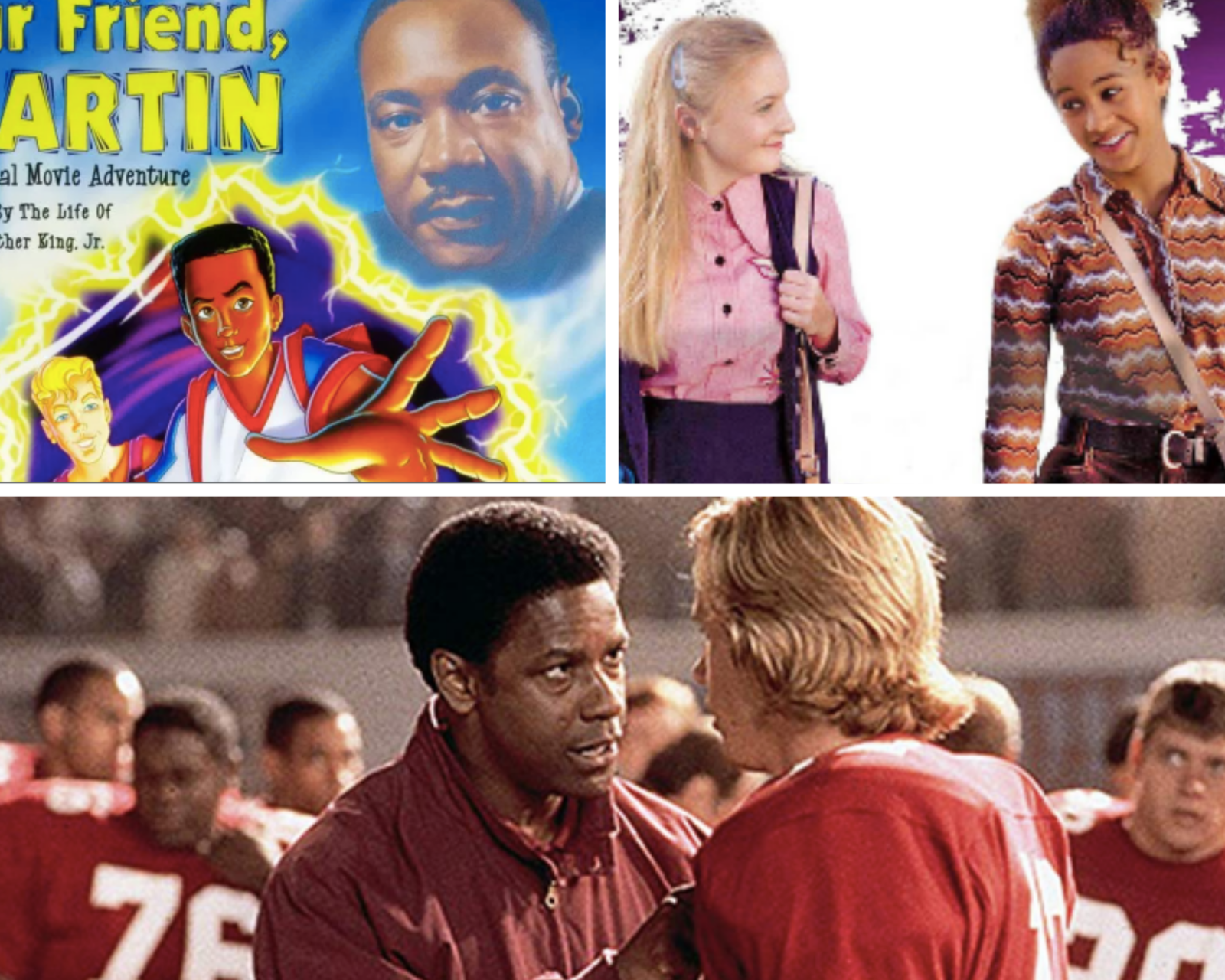 Social media. A space where like-minded people can come to share in a common interest.

If you love to discuss K-pop groups, there’s a fan army you can join. If you want to dive into Black culture, there’s a hashtag for you. However, the advent of social media has also brought to my attention that not everyone has shared childhood experiences. Recently, I’ve come across a string of TikToks that demonstrate how many in Generation Z don’t know certain pop culture staples that I once believed were common knowledge. There are children and young adults growing up today who don’t realize Beyoncé was in the girl group Destiny’s Child’s or have seen the Rock as a wrestler. And, I can’t 100% blame them. With all the streaming services and music apps available today, it’s hard to keep up with everything. That’s why, for this Black History Month, I want to highlight three staple films that I believe really should be a part of the current zeitgeist.

The first film that comes to mind is the 1999 educational, direct-to-video movie, Our Friend, Martin. I remember being in my third grade art class when I first watched this film. In Our Friend, Martin, a Black teenager and his white best friend are transported through time to witness important events in Dr. Martin Luther King Jr.’s life. Just like the protagonist, Miles, I was shown a different kind of world than the one that I grew up in. I wasn’t unaware of racism at that age, but the story painted scenarios that were familiar to me. Similar to the scene painted of Martin as a child, I too had grown up with a best friend who was white, but unlike young Martin, I didn’t have my white friend’s parents tell me that I couldn’t play with her because I was “colored.”

This terminology was new to me. Besides being suitable for children, the subject matter, in relation to the real-life historical events, wasn’t pared down just because some moments might be viewed as too violent — very important in terms of having a lasting impact. This film touched on the Birmingham riots of 1963 where protestors were hosed down with fire hoses and attacked by police dogs. It also had scenes about Dr. King’s assassination. It was a great balance of being educational and engaging.

Next, this TV film came from the DCOM cannon and is currently playing on Disney+. With funny and quirky hit films such as Zenon: Girl of the 21st Century and Smart House, I was caught off guard when Disney channel premiered this movie. That’s why the Disney Channel original movie The Color of Friendship (2000) is next on the list. On the surface, this based-on-true-events movie presented itself with familiar themes. In 1977, a Black girl named Piper Dellums asks her parents if she can participate in the exchange program by having her family host an international student in their home. However, upon closer inspection, we find out that Piper’s father is a congressman who’s very outspoken against the apartheid happening in South Africa.

His politics have influenced his children, especially daughter Piper, to the point where Piper wants to host a student specifically from South Africa. Little does she know that there are white South African people and her family ends up with a white South African exchange student, Mahree Bok. What I appreciated most about this film is that this placed racism on a global scale. At the time, growing up in America, all of my teachings about apartheid were quick and glossed over. The only political figure I knew was Nelson Mandela, and all of the information on him pertained to him being in prison. This film highlighted other important figures of the anti-apartheid movement such as Steve Biko. It also wasn’t afraid to condemn apartheid but also discuss the similarities and differences between racism in America vs. abroad. At the time, everyone thought they were tackling racism the best regardless if there was still a group of people being smothered under the guise of separate, but equal.

Now, this final classic once again comes from Disney; however, this one stars the one and only Denzel Washington. Remember the Titans is a film that showcases racism within the sports world, specifically football. Similar to The Color of Friendship, this movie is also based on a true story. It follows an African American football coach, Herman Boone, as he integrates the football team of a Virginia high school in 1971. When I first viewed this film, I’ll admit that it might’ve touched close to home being that I was born and raised in Maryland. It hurt slightly to hear about a school being integrated not far from where I lived. I mean I went to a very diverse elementary school in Maryland and lived 20 minutes from D.C., where people visit from all over the world. Still to this day I sometimes forget that Maryland is a border state.

Beyond my own world view, I believe what really sold me on this football story was the characters, specifically the football players. Whether it was based on truth or Hollywood magic, I truly cared about the Titans and rooted for them to win, both on and off the field. No matter where your allegiances lie with this newly integrated team, it was easy to see yourself within one of those players. Whether you were the religious QB Jerry “Rev” Harris or the class clown RB/LB Petey Jones, every character was realistic. There’s even opportunities to see yourself within the coaches, their respective families, or the people within the town. In addition, within the context of sports and whether or not it should be the place to discuss politics, this sports film is a great example of sports being used as a tool to confront racism and challenge it head on.

Time has proven that if we don’t learn about our history then we’re doomed to repeat it. I’ve been lucky enough to have been born during a time where children’s films weren’t afraid to go there, whether it was to discuss the Civil Rights Movement, apartheid, or the integration of schools. Each of these films mentioned above entertained, but most importantly they all provided a different perspective on the institution of racism and aided in giving me a basic foundation to challenge later on my own terms.

Kia Braganza is a freelance journalist. She’s excited to have her first clips featured in The Lily and Black Girl Nerds. @yougo_GlennKiki (Twitter). Kia is a DMV native with a passion for pop culture and entertainment. She is a freelance journalist and culture critic. She’s passionate about the 1990s and issues that directly affect women of color, especially millennials.